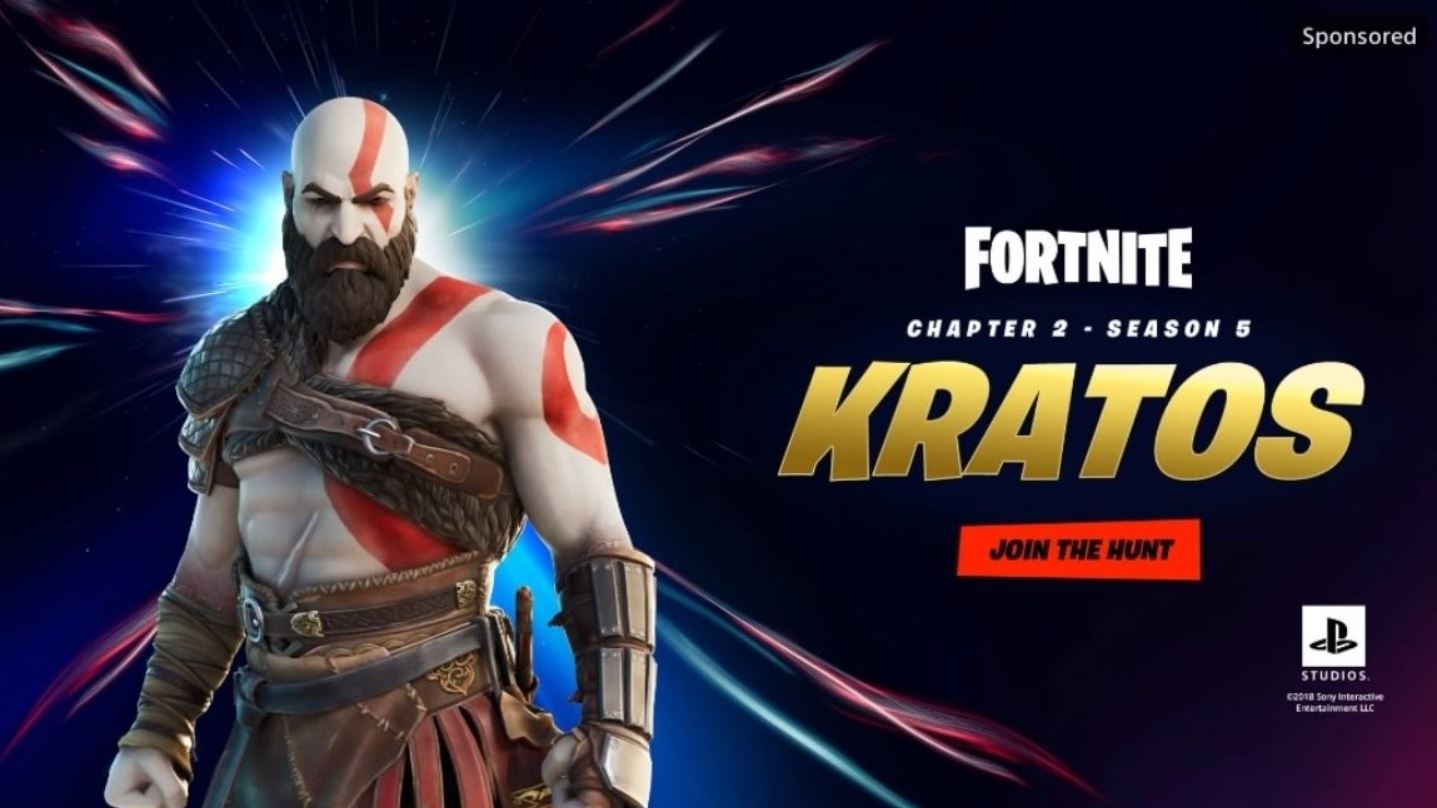 A Kratos skin is officially coming to Fortnite, with the image of the skin leaking ahead of time and Sony tweeting out a tease for the skin.

Kratos will be arriving as a part of Fortnite Season 5 for Chapter 2 of the game which brings together brands and characters from across franchises, including The Mandalorian from Disney’s Star Wars show. This would mean that Kratos will appear on Xbox, PC, and Nintendo Switch for the first time, as well as on mobile as the skin will presumably be available on all platforms.

This is a huge step forward for Fortnite and gets us to the point where the game is basically just one giant crossover world you can play and experience together like Ready Player One. It also opens up the possibility of us seeing more PlayStation Studios characters appear in the game.

Kratos will be a skin soon! (Reposted for a better image) pic.twitter.com/S6lgYMcGJR

Fortnite Chapter 2 – Season 5 just launched and you can read the full overview of what you can expect from the game.

Fortnite Chapter 2 – Season 5 is available now on PS4 and PS5.