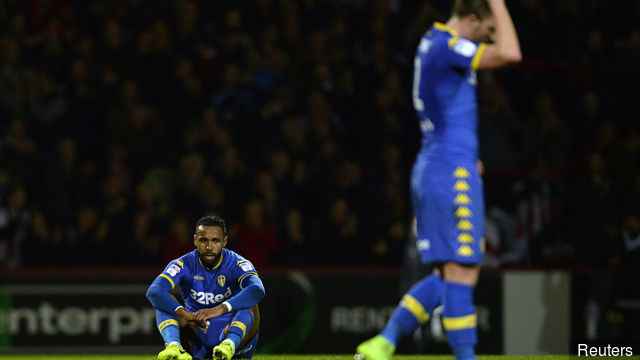 There’s nearly always a good bit of banter and teasing whenever a sports team tries to re brand and modernise themselves, but it doesn’t tend to enter our realm of gaming all that much.

So thanks Leeds United for taking a bit of inspiration from video games. It’s even a relevant one to football too!

Leeds United, currently flying high in the second tier of English football, made an announcement concerning its new team crest for next season and beyond and it looks a little bit familiar… Can’t quite put your finger on it? Well, it looks like the front cover for one of the greatest sports titles in PlayStation history. Yes, whoever Leeds United employed to design its new crest seems to be a bit of a fan of Konami’s 2002 football game Pro Evolution Soccer 2.

Granted it’s not like for like, but it is pretty damn close. It is however, the subject of much mocking. My personal favorites are below.

Leeds Badge Researcher: OK what do you like?
Leeds fan: FIGHTING!
LBR: … OK… and what else?
Leeds fan: PUNCHING!
LBR: But what you think about Leeds United?
Leeds fan: I love them.
LBR: …OK! I think I’ve got all I need for this new badge. pic.twitter.com/lc9iCAiwEs

I’m sure Leeds fans hope the team will play football as good now as that found in Pro Evolution Soccer 2 back in the day.

They certainly aren’t fans of the badge otherwise if Twitter is anything to go by. In fact, a common theme seems to be there is only one way to make it worse.

There’ll probably be a bit of a U-Turn on this design. Expect a Simon Belmont-inspired crest in the coming days.