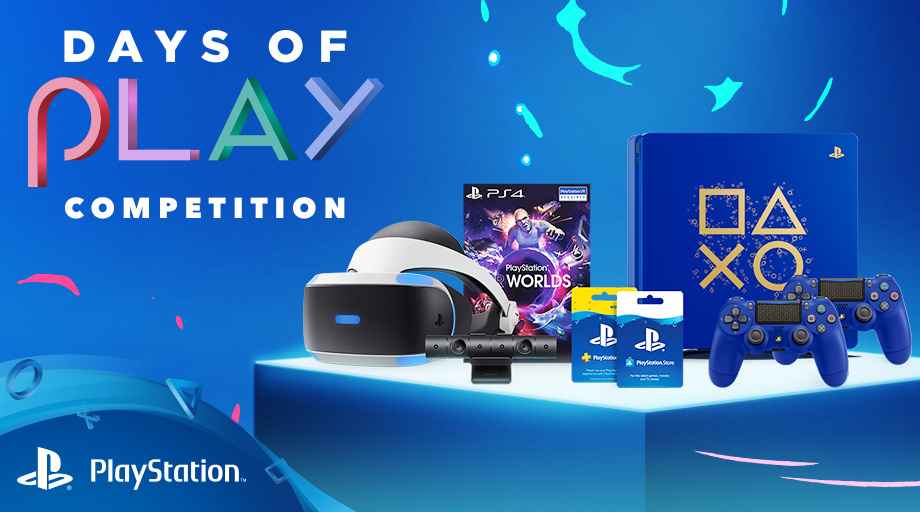 Sony has announced the return of its ‘Days of Play’ promotion for next week and kicked it off with a rather sumptuous treat.

A new limited edition PS4 tops the card, emblazoned with the four iconic shapes in gold. It’s rather lovely. You can see it in the video below.

Days of Play is a global promotion that celebrates the passionate PlayStation community and its endless support by offering epic deals at participating retailers.

PlayStation Store will also be offering promotions on popular games and network service memberships starting June 8, including deals on PS Plus and PS Now subscriptions.

The majority of the main deals over the 11-day promotion have been revealed too!

As if that wasn’t enough, Sony will celebrate the Days of Play sale by hosting a Days of Play competition for the chance to win the following:

To be in with a chance of winning, register your interest on playstation.com, then win at least one Trophy in any game or games each day of the Days of Play promotion. Worth a pop, eh?

Following a tie-breaker round, there will be one winner for every country taking part and three lucky runners-up who'll receive a 12-month subscription to PlayStation Plus.

Registration is open now and will close at 10.00am BST on 8th June