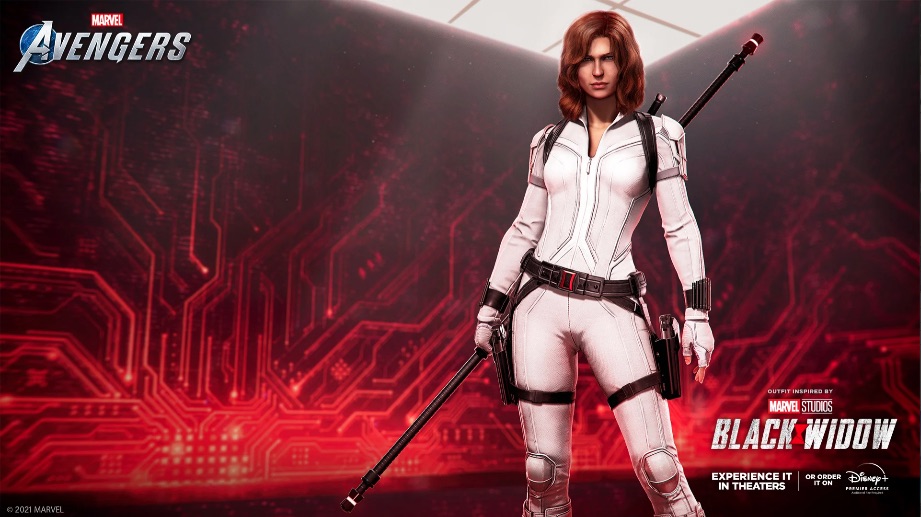 Crystal Dynamics has added the white Black Widow outfit to Marvel’s Avengers in celebration of the release of the Scarlett Johansson-fronted Marvel’s Black Widow movie this week.

The new outfit doesn’t come free though, as it’ll set you back 1,400 Credits, which isn’t cheap as that equates to about $14. Would you pay that much for a cosmetic item? I’d rather spend the money on a cinema ticket to see the actual film, but that’s just me.

Anyway, you can check out Black Widow’s new in-game clobber below.

She's done running away from her past.

Experience the movie in Theaters or order on #DisneyPlus with Premier Access on July 9. pic.twitter.com/Dn41ZoS6MG

Black Widow is one of many playable characters in Marvel’s Avengers, the others of course being Captain America, Iron Man, The Incredible Hulk, and Thor.

Marvel’s Avengers was originally released in September last year for PS4, PC, and Xbox One, before receiving a dedicated PS5 and Xbox Series X/S version in March 2021. You can read our review of the superhero adventure here to see if it’s worth your hard-earned dough.