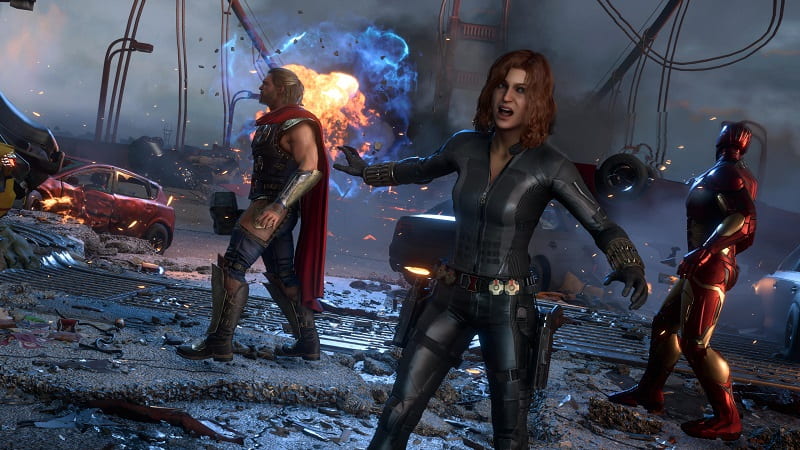 Marvel’s Avengers PS5 review. When you look at the totality of issues that Marvel’s Avengers had when it originally launched (and for sometime after), it’s pretty clear that other than some framerate drops here and there, that a lack of technical sheen was hardly among them. Quite simply, the issues which have plagued Marvel’s Avengers since its release are those which have troubled every live service game since their inception – namely content and the lack thereof.

With more than six months on the clock since its somewhat troubled release back in September 2020, Marvel’s Avengers PlayStation 5 debut is certainly something of a different proposition than it was last year. More than just a prettier take on what PlayStation 4 owners have already been playing, Marvel’s Avengers delayed PS5 release also brings it with a multitude of bug-fixing updates and some much needed additional content too. For a more detailed critique of Marvel’s Avengers core systems and mechanics, we would encourage you to swing back to our original PS4 review of the game.

First though, the new stuff. Befitting the newer and much more powerful hardware that is hosting the experience this time around, Marvel’s Avengers now looks much better than it ever did on either PS4 or PS4 Pro. Though the resolution mode dishes out a crystal clear 4K presentation with some additional environmental details to boot, it’s in the performance mode that Marvel’s Avengers on PS5 really shines. 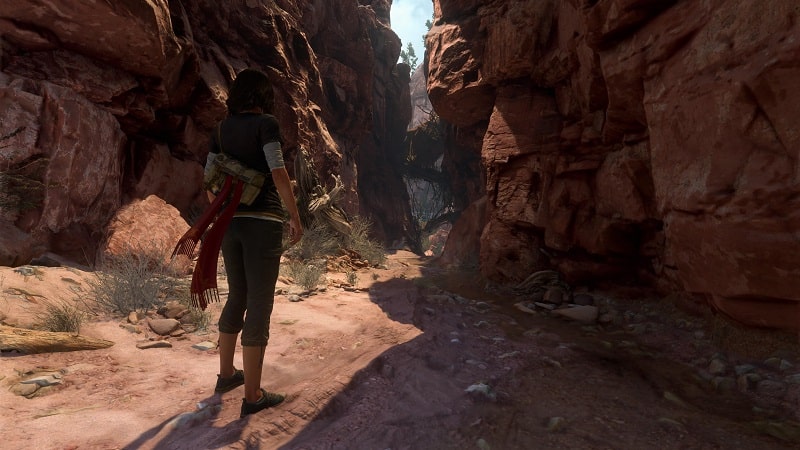 As has been the case for many titles that have unlocked a smoother framerate on PS5, playing Marvel’s Avengers on Sony’s latest console represents a significant improvement over what either the PS4 or PS4 Pro consoles are capable of. Though Marvel’s Avengers on PS5 doesn’t always rigidly stick to its 60 FPS cap, it is so much smoother than what we’ve had before that the game simply feel better to play on account of the improved responsiveness and far fewer instances of slowdown during busy battles.

Of course, there are drawbacks with choosing performance mode over resolution mode. The first being that don’t have the same sharpness as you do in resolution mode and while this isn’t really an issue for much of the game, it’s still a noticeable drop in resolution and one that is keenly observed in the menu text which becomes sadly more blurry as a result. The other drawback is the general drop in texture detail and environmental destruction too, but to be honest both of these drawbacks still aren’t enough to negate the sizable advantages that the performance mode provides in terms of sheer smoothness and improved responsiveness.

Further Reading: All PS4 Games That Perform Better On PS5

Beyond the obvious visual improvements made in the PS5 version of Marvel’s Avengers, the arrival of Earth’s Mightiest Heroes on PlayStation 5 also brings with it the expected DualSense features too. The pad rumbles duly as damage is both given and taken during battles, while the adaptive triggers provide a palpable feeling of tautness and resistance when unleashing ranged attacks. It’s nothing especially ground-breaking, but it’s certainly nice to have it all the same.

Of greater impact though are the loading times. Practically instantaneous, loading up a campaign mission or shifting from one location to the next has never been more effortless and it’s telling that the only times you have to wait is in when you’re connecting with other players online. 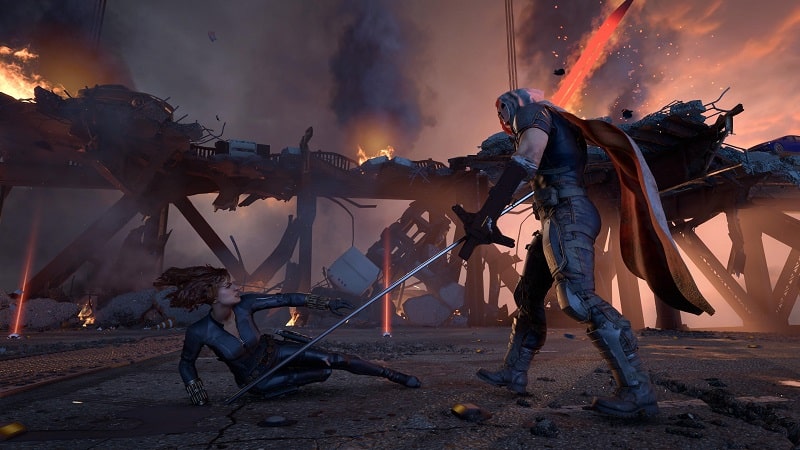 And then we come to the game itself. As I’ve already alluded to earlier in this review, Marvel’s Avengers arrives on PlayStation 5 with more than half a year’s worth of fixes and updates applied to it. In reality, this means that many of the bugs, glitches and game-breaking issues which troubled the game during its launch on PS4 last year are simply not there anymore.

Equally in that same span of time, Marvel’s Avengers has also received two fairly chunky slabs of content in the form of the ‘Taking A.I.M’ and ‘Future Imperfect’ DLC expansions which introduced us to Kate Bishop and mentor Clint ‘Hawkeye’ Barton respectively. Though the promised Spider-Man content remains some way off.

Now, while the much needed injection of content is welcome and arguably essential to the success of Marvel’s Avengers lest it fall to the same fate as EA’s Anthem, it remains to be seen just how constantly Square-Enix and developer Crystal Dynamics can keep the content faucet running. As such, because content roadmaps can never explicitly guarantee anything, we could fall into that same rut where the game is being starved of content. Being optimistic though, we have the new Black Panther content due before the end of the summer, so at least if the content roadmap is delivered upon then players should find themselves suitably satisfied. 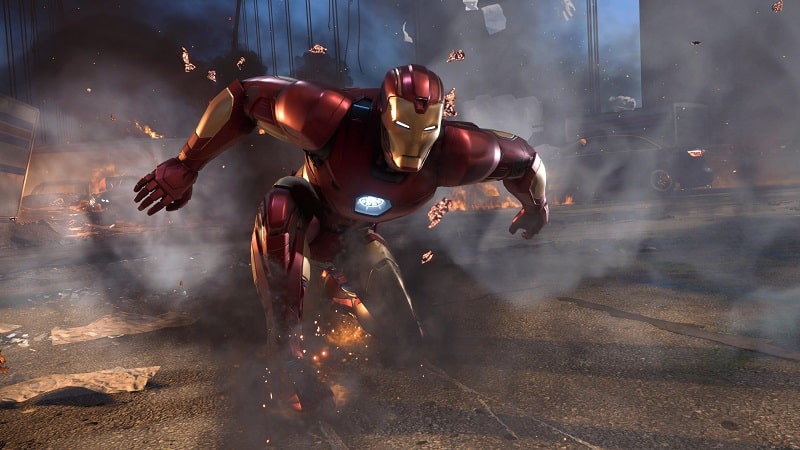 Perhaps the main problem with Marvel’s Avengers though, is that the developer is struggling to get out of its own way somewhat. Sure, the proposed content roadmap is enticing and well-timed for the game’s PS5 debut, but the changes to level balancing where it takes longer to level than it did previously, smacks of naivety and padding, which is the last thing that newcomers to the game would want to experience. Additionally, an unnecessarily convoluted save transfer process between the PS4 and PS5 versions of the game doesn’t help matters either.

In the end though, actually taking control of Marvel’s superheroes proves to be as intoxicatingly enjoyable as it ever was. Freshly embellished by the PS5’s DualSense shenanigans, throwing Thor’s hammer or pulling off a quadruple repulsor attack combo has never felt better. Furthermore, Marvel’s Avengers single-player campaign still manages to enthral with the improved visuals applying an opulent sheen to one of the more enjoyable story campaigns of recent years.

With much improved visuals, a solid gameplay core (other than some questionable levelling design decisions), some much needed additional content and a fairly ambitious DLC roadmap laid out before it, if you’ve been waiting to play Marvel’s Avengers, now is the time to get stuck in. The game is in much better state than it was at launch; let’s just hope that the golden content faucet doesn’t suddenly turn off anytime soon.

Marvel’s Avengers is out now, with a free PS5 upgrade to owners of the PS4 version.

Though Marvel's Avengers makes a superhero-sized splash on PlayStation 5, this is still at its core the same game we had back in September 2020. That said, the improved visuals and passage of time both mean that Marvel's Avengers on PS5 is essentially now the definitive version of the game, boasting much more responsive gameplay and a wealth of bug fixes and quality of life improvements. Though no amount of extra pixels or DualSense features can transform the game, the fact that Marvel's Avengers is actually enjoying a fairly steady stream of worthwhile content should be reassuring to those who have been sat on the fence for the superpowered caper. In short, if you've been sitting Marvel's Avengers out, now is the time to jump in.