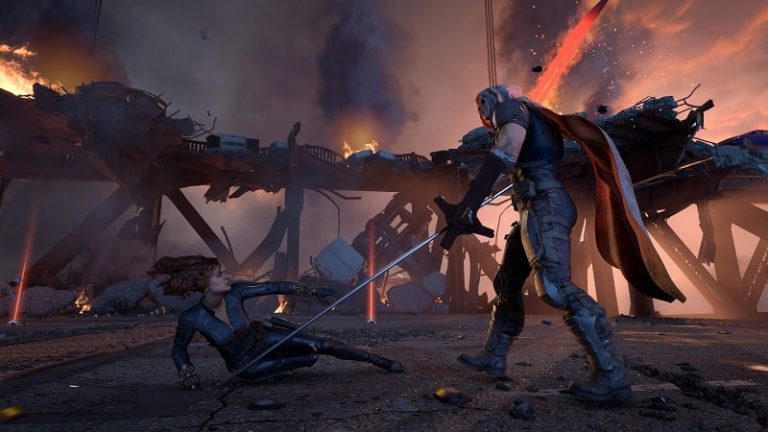 Square Enix has unleashed the Marvel’s Avengers update 1.44 patch notes for your consumption, which comes with the Omega-Level Threat: Family Reunion content plus a range of other highlights.

You can read up on the Marvel’s Avengers 1.44 patch notes below for more details.

Omega-Level Threat: Family Reunion – It is time to the revisit the fight against the Super-Adaptoid from the Taking Aim Operation.Omega-Level Threat missions require full four-player Strike Teams at Power Level 145+, although Power Level 150 is recommended, and though players can run them as many times as they’d like, Omega-Level Threats award the highest-end gear for success once per week per account.

Multiplayer Mega Hives – Mega Hives now allow multiplayer in addition to single-player. The Exotic reward will now only be Hivemind gear. Completing the mission chain each week will grant you 2 Hivemind pieces, one focused on melee/ranged and the other focused on defense/Heroics. Players who fall and have no Heroes left can spectate the remaining players in the Strike Team.

Permanent Temporal Assault – Due to further tampering by AIM, the ability to play multiple of the same Hero in matchmaking and in Strike Teams is now permanent. We can’t wait to see how you take on Omega-Level Threat: Family Reunion and multiplayer Mega Hives with new Hero combinations now available. Thank you for the feedback!

To Tame A Titan (Elite) is now visible on the War Table when the Reigning Supreme mission chain requires it to move forward. T

The lives counter in Mega Hives is removed. It has been replaced by the ability to use all your Heroes who are at the appropriate level.

In Abomination and Taskmaster Villain Sectors, the Adept Adaptoid no longer spawns in the ceiling, which previously made it difficult to reach.

In Beating the Odds, localized voice over no longer plays at the same time as English voice over.

Fixed an issue in Mega Hives where a defeated Hero would remain defeated and unusable even after starting the Mega Hive from the beginning.

After a Hero is defeated in Mega Hives, the menu to choose another Hero no longer abruptly appears. There is a short pause between.

In Beating the Odds during multiplayer, the audio no longer drops during the cinematic that takes place right after defeating Monica.

Captain America’s “Marvel Studios’ Avengers: Endgame” Outfit’s shield is now oriented correctly on his back so the star faces upwards.

Roy no longer appears in the Customizable HARM Room. Don’t worry, he doesn’t have feelings.

When Hulk performs the This is Child’s Play Takedown, the enemy now flies in the correct direction. Hulk does not have telekinesis after all.

After opening and closing the Operations Menu with a controller, players can now reopen the menu with a mouse.

Certain Epic Hero set gear items no longer drop with stats as if it was Power Level 1.

In the Mega Hive, placeholder code incorrectly appears on screen in the Hero selection menu after a Hero is downed. This code is supposed to show that players have 30 seconds to select another Hero.

The My Life as a Weapon mission incorrectly shows two pieces of SHIELD gear as the reward instead of one piece.