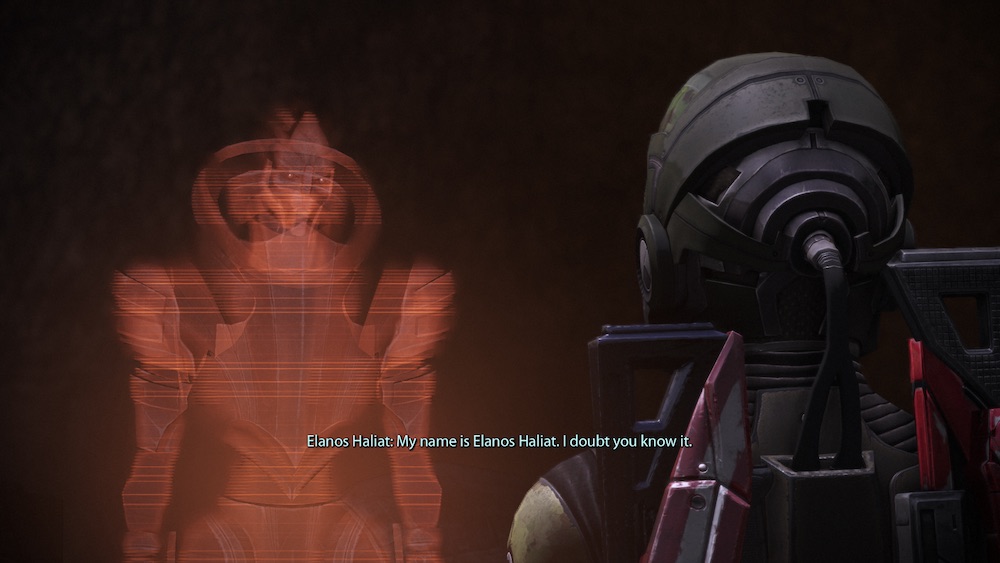 Mass Effect Legendary Edition does more than give the first three games in the series a significant performance and visual makeover. BioWare has also used the opportunity to fix a decade-old bug with the original Mass Effect, by changing a character’s race to better suit their backstory.

The character in question is Elanos Haliat, who was depicted in the original Xbox 360 version of Mass Effect as a human. He also happens to loathe humans, which is a bit odd considering his dialogue refers to them as ‘Shepard’s species’ and his name references a Turian brand of weapon manufacturers.

Given his role in the Skyllian Blitz, where a human colony on Elysium was attacked prior to the events of the Mass Effect trilogy, fans were overall unconvinced that he was a human.

Well, BioWare has confirmed that fans were right: he’s now been made a Turian in Mass Effect Legendary Edition.

Mass Effect Legendary Edition is out now for PS4, PC and Xbox One.