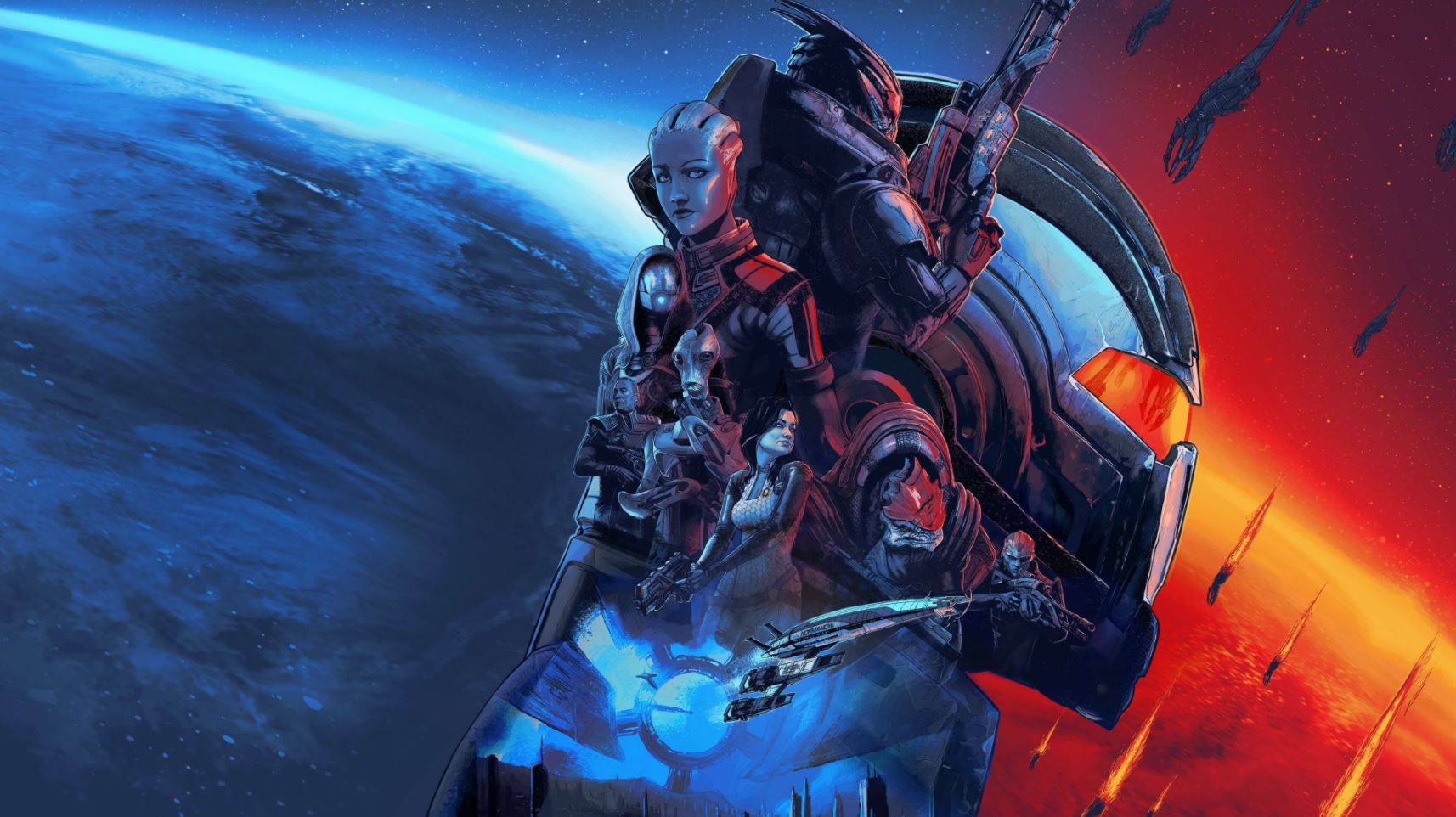 Bringing the adventures of Commander Shepard together in a polished up package is certainly a welcome reminder of what makes this a special series and even when the changes to it cramp its style, that same old ability to shine through it comes through once more.

So what exactly are the upgrades to these games from previous generations? That varies from game to game. The original Mass Effect, now 14 years old, is naturally the most overhauled of the three. It brings better character models, throws in the UI of the later games, and improves the controls for combat and the infamous Mako (although the latter still handles like a beachball on jelly).

A surface tuneup really, and while that doesn’t stop Mass Effect from being a messy, buggy opening salvo, I’m glad the imperfections exist below the remastered sheen because I’m not sure Mass Effect would be quite as endearing with its edges smoothed out. 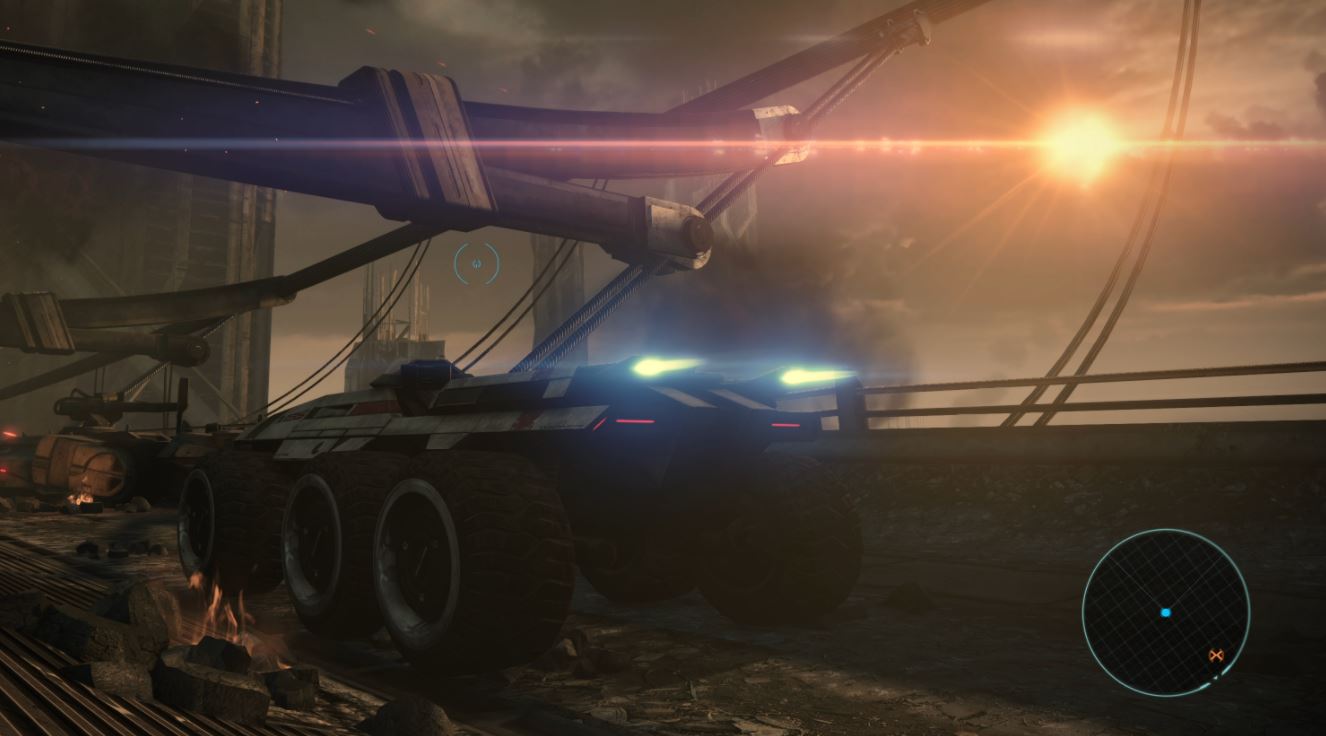 Before the series got a bevy of companions of all shapes and sizes, or the admittedly compelling planet probing and expanded exploration, Mass Effect’s relatively tight group of locations and people is the formula at its purest. Given its obvious influence on BioWare’s franchise, it wouldn’t be entirely unfair to liken the first game to the original Star Trek show, while the sequels are more like The Next Generation, Voyager, and an unfortunate mix of Enterprise and Discovery.

Icons are born here, the politics are dated, the themes unsubtle, the set is plywood, and if you feel so inclined, there’s a horniness that would make Shatner’s Kirk blush. It probably explains why I’m so enamoured with it as that’s the Star Trek experience I grew up with.

In the grand scheme of things, the early warnings of the Reaper threat to come and knowing where fate will take some of these characters adds extra spicy foreshadowing that absolutely enhances the story being told here. Its plot is not perfect, but it just does something that the sequels, as great as they are, don’t quite manage. The climax of Mass Effect is the corniest it could possibly be, but you bet I sat there with a goofy grin on my face when my Shep did their hero pose with a beautifully timed orchestral swell. 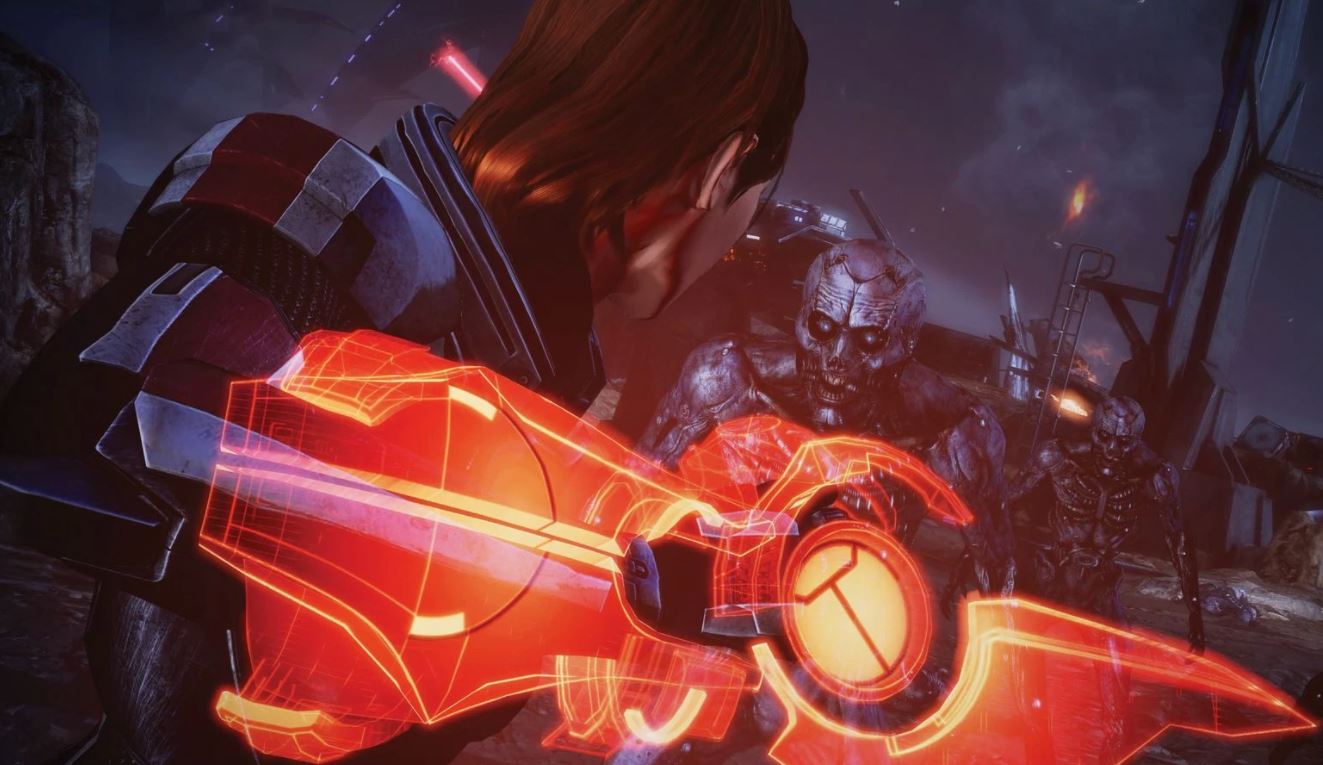 That eclectic group of companions and my various burgeoning relationships with them plays a big part in its charm and my investment. Garrus is intriguing, but yet to reach the heights of cool Mass Effect 2 gives him, Liara’s connection to a villain gives her depth and empathy, Tali and Wrex are badasses with a soft side to be discovered, while Ashley is car crash awful in her space racism, making a particular choice in that game less of a moral dilemma than BioWare might have hoped.

Kaiden, bless him, is painfully vanilla. If Shepard is 24’s Jack Bauer in space, then Kaiden is akin to Chase. The fact these characters are so varied and not necessarily all likeable creates a compelling dynamic. Sure, Ashley is an easy choice to boot into the sun, but games shouldn’t be afraid to have characters like that.

Mass Effect 2 adds some smarts and a harder edge to the established formula and expands this space-faring saga to the point it logically thrusts the series to new heights. A dramatic shock opening that sees the Normandy destroyed and a plot that jumps two years after that sees Shepard working for the controversial Cerberus, investigating a new link to the Reapers, meeting new potential pals, and reuniting with a few old favourites.

It’s inarguably a more ambitious sequel, ramping up the stakes considerably (notoriously so in a particular late-game mission) that offers far more in the way of moral quandaries, and companions that feel more fleshed out. Released in an age DLC had become more commonplace, it offers up a selection of side stories and unlockable companions that slot smoothly into the main campaign.

This is absolutely the point Mass Effect transitions from a peppy space RPG into a cultural icon and with good reason. The suicide run, the reintroduction of Garrus, the introduction of Jack, the mysterious Illusive Man, and more contribute to Mass Effect’s grandiose spacefaring drama. It’s not my personal favourite, but it’s undeniably a great game that further enhances what makes Mass Effect special. 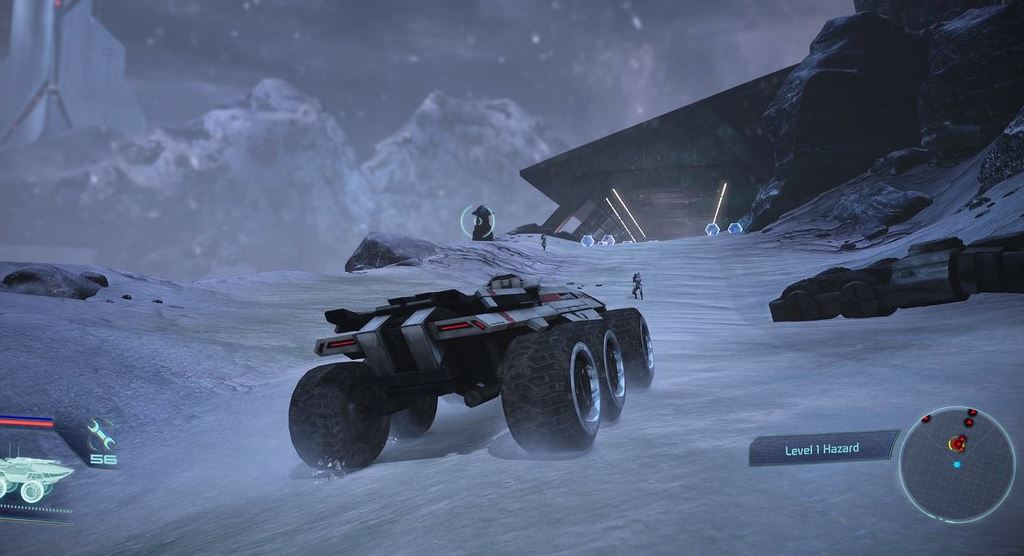 Then there’s Mass Effect 3. Whatever your feelings are on its endings, and it’s perfectly fine to be disappointed in them when you’ve become so invested in this world and its characters, it is a superb trilogy capper in all other departments. More returns, sad demises, the looming doom of the Reapers arrival, and that exquisite thrill of seeing familiar faces reunite to take on one last foe even if it will mean their lives are on the line.

Preparing for the final showdown with the Reapers with the galactic readiness system might have been a problem here given the multiplayer mode that allowed you to boost that readiness is not present in Legendary Edition, but BioWare has reworked the system to give you a leg up via you actions in the previous two games. There’s actually a great benefit to playing the trilogy from start to finish in the Legendary Edition, as it gives plenty of incentives and carries your actions over between games, making an already pretty cohesive trilogy that little bit tighter. 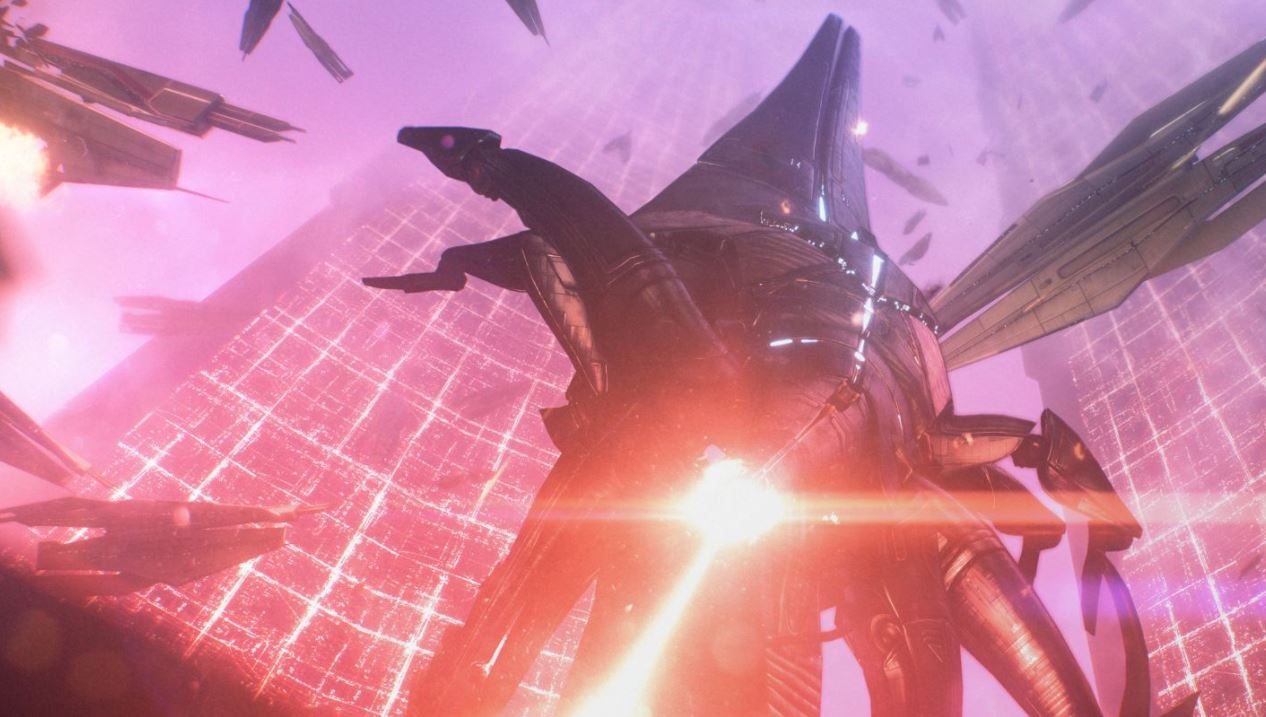 Unfortunately, Mass Effect 2 and 3 have picked up a problem in being remastered. How much of a problem depends on how much you cared for the look of them in the first place. While the visual upgrade is significant (and consistent when compared to the first game), it robs them both of the style and character the original art gave them.

Yes the detail on your squad is fantastic now, and there are some good lighting improvements, but it comes at a compromise to the overall package. As I wrote about with the first Mass Effect though, the sheer quality of these games is far more powerful than these relatively minor grievances. It just shows that upgrading a particular visual style can be a tricky task.

A Trilogy Like No Other Remastered For The Modern Day

I must admit that going into Mass Effect Legendary Edition, I was merely a casual enjoyer of the series. Playing the trilogy in this more consistent overall style, and in close proximity, turned me into a fan.

It’s a fantastic trilogy, with a clear connected story path between games and features a collection of interesting characters of varying types that follow along on your very personal journey as Shepard. I’m not a fan of every upgrade to the trilogy, but I think enough of them are positive as to make the whole thing a worthwhile exercise.

While Mass Effect Legendary Edition isn’t a spectacular remastering of a frankly superb trilogy, it does enough right to make it an essential collection. The original Mass Effect benefits most from the overhaul whilst retaining most of its scrappy charm, while Mass Effect 2 and 3 are generally better-looking versions of already great games. At the very least, it’s a great excuse to visit or revisit one of gaming’s greatest sagas.