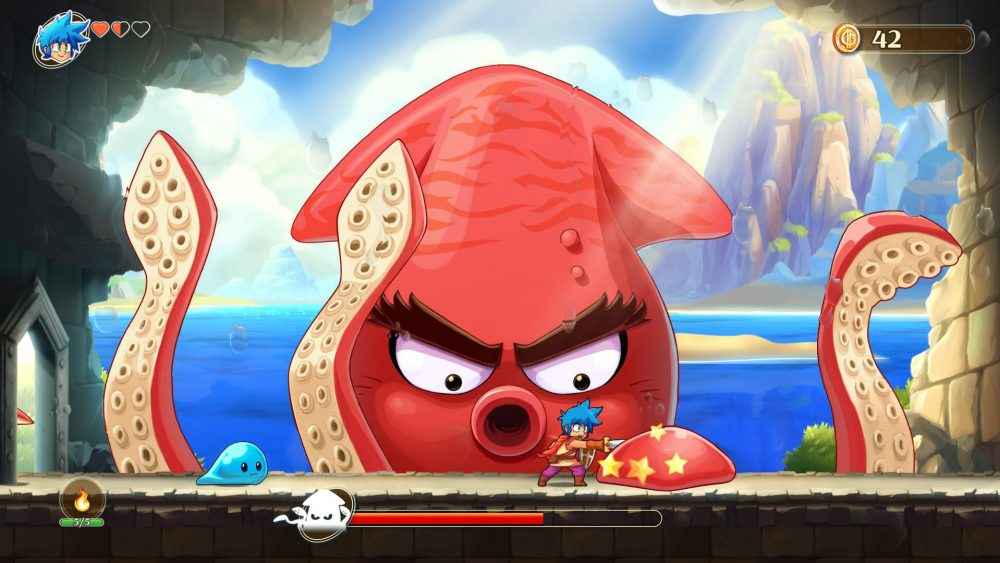 Monster Boy And The Cursed Kingdom Confirmed For PS5

FDG Entertainment announced the news on their Twitter account, stating that the game will receive a handful of updates when it jumps to next-gen including 4K resolution at 120 FPS via HDMI 2.1.

Responding to Gematsu on Twitter, the game will also receive a free upgrade to PS5 for those who purchased the PS4 version. They also went on to respond to another question potentially teasing unique DualSense implementation.

Monster Boy and the Cursed Kingdom is a 2D side-scroller where out hear is able to take the form of different creatures to progress through levels and find various secrets.

Monster Boy and the Cursed Kingdom