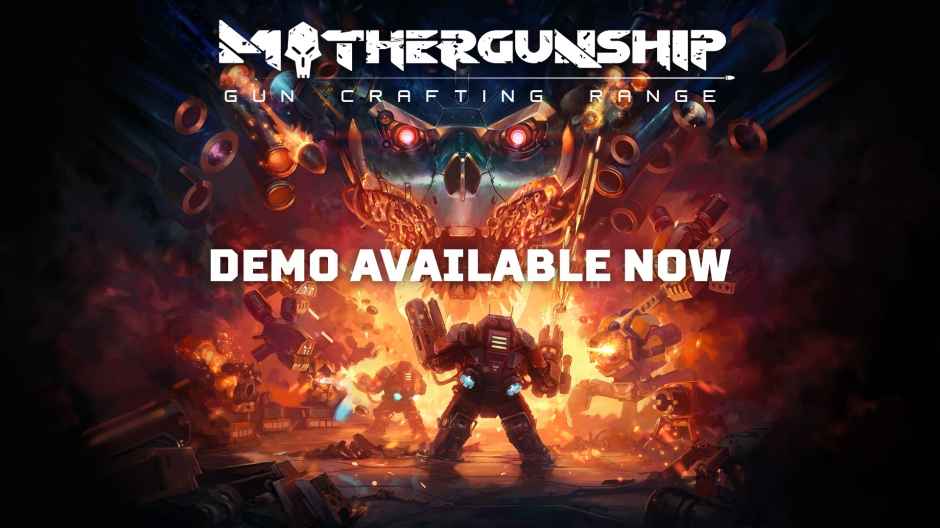 The Mothergunship demo that was just released confirms one thing to me – if there’s one thing you can never too much of in life it’s massively customisable videogame guns. Like, lots of them.

From the same twisted minds that brought us the hugely enjoyable FPS roguelike Tower of Guns, Mothergunship looks to be a spiritual sequel of sorts that throws the player up against hordes of unrelenting (and massive) enemies, but with the ability to infinitely customise their arsenal of guns to answer the threat in gloriously over-the-top fashion.

Focussing on that latter point, a free demo has been released which allows players to do just that – customise and toy with the near endless possible combinations of firearms ahead of the game’s release sometime later this Summer.

Whether you want to construct a nightmarish flamethrower that fires jets of flame that ricochet off the walls, or, a 20 barrel rocket-launching shotgun that looks like it was designed by Sid Vicious from the Sex Pistols, it’s fair to say that the creative latitude for absurdist creations in Mothergunship is quite ample indeed.

Naturally we’ve got links to the demo for both North American and United Kingdom folks alike as seen below, so knock yourselves out:

Or! If you can’t be bothered to play the demo, you can always just the watch the trailer that we’ve attached below instead. See? We’re nice like that.

If shooting and blasting various things to pieces is your thing, then you might want to take a peek at our best PS4 shooters feature where we outline some of the best FPS efforts you can get on PS4 today.

Likewise, all signs are pointing to the fact that Mothergunship is shaping up to be an indie gem, so with that in mind take a look at our other regularly updated feature that brings together some of the best indie games you can get on PS4 right now.