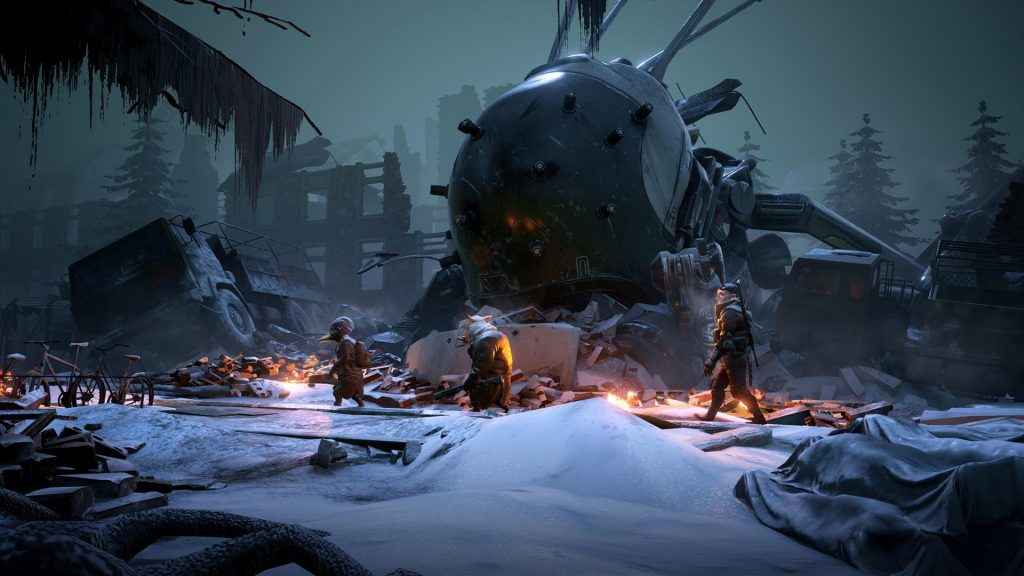 Funcom has released a brand-new, behind the scenes trailer on its YouTube channel revealing a bevy of previously unknown Mutant Year Zero: Road to Eden story and gameplay details.

Leaving us even more excited than we already were for this unique blend of post-apocalyptic storytelling, real-time stealth, and tactical, turn-based combat.

In terms of the story, today’s trailer provided plenty of new and intriguing information to mull over.

Firstly, we now know that the anthropomorphic Duck and Boar seen in earlier marketing materials are Stalkers – a group of hardy individuals whose job it is to venture out into the post-apocalyptic wasteland, known as The Zone, in search of valuable resources and raw materials.

Resources that are then brought back to The Ark; the one and only safe haven for the men and women who survived the initial cataclysm.

The Ark, which functions as something of a hub world in which weapons can be upgraded and new equipment slots unlocked, is overseen by a the Elder. A mysterious man who possesses substantial knowledge of the time before the apocalypse and unnerving insights into The Zone itself.

We were already aware of Mutant Year Zero’s unique blend of stealth and turn-based combat before today’s video. But not necessarily how and why The Bearded Ladies decided to adopt this approach to gameplay.

What we’re trying to do [is] a little bit different.

[We] take the initial part of a tactical combat game where you’re kind of setting up and planning… [and] we put that part into real time.

That gives us the opportunity to tell the story while you’re the voyeur.

In layman’s terms, this enables The Bearded Ladies to sprinkle these sections of pre-combat prep with additional story and background information – seamlessly tying these two otherwise separate threads together and immersing the player in the game world.

Something that emerged, at least in part, from the sounds of it, as a direct consequence of the studio’s past experiences with the Hitman franchise.

Finally, today’s trailer also revealed that, aside from the aforementioned Duck and Boar, players will be able to recruit other mutants as they explore The Zone. Each of whom possess their own unique mutations which, during stressful moments in combat, can be unlocked and used to turn the tide in the player’s favour. Based on the original pen and paper, tabletop RPG of the same name, Mutant Year Zero: Road to Eden releases on PS4, Xbox One, and PC on the 4th December.