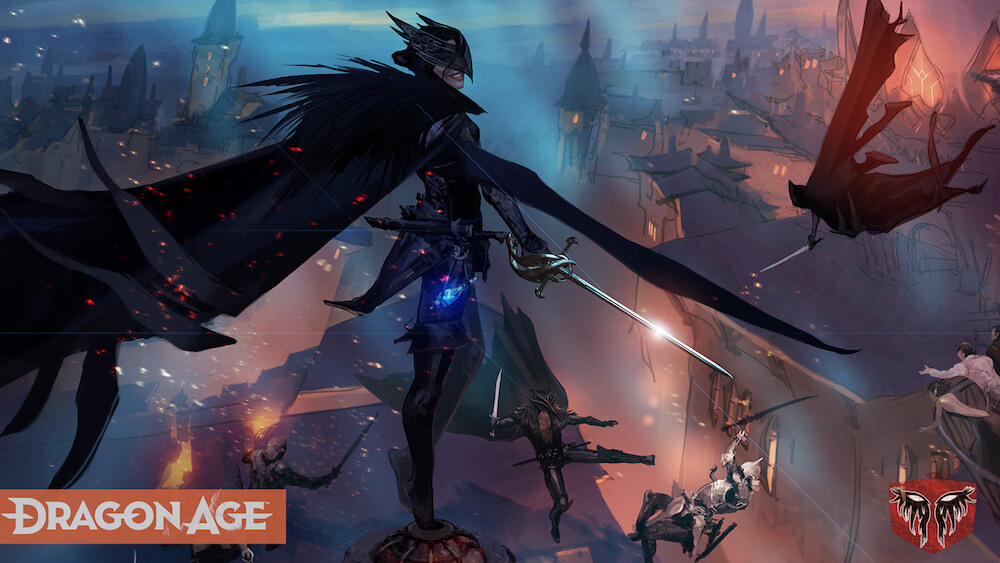 BioWare has unleashed a fresh piece of Dragon Age 4 concept art to tide folks over for the next major reveal, which as we know, won’t be happening at EA Play later this month. Pleasingly, executive producer Christian Dailey confirmed the game is “making great progress.”

Check out the new concept art below.

Hi Friends – sorry for no EA Play news this year but please know that the team is heads down with a lot of momentum and making great progress. We are excited to share more when the time is right. Please stay safe and have a great weekend! @SerGoldman @dragonage pic.twitter.com/eveXFbJtgY

For those of you who aren’t familiar with the series, the image below depicts a group of caped individuals known as the Antivan Crows, alongside the group’s sigil in the bottom right-hand corner. They’ve appeared in the series before, with one of their recruits showing up in the first Dragon Age and spin-off comics.

Dragon Age 4 is currently in production for PS5, PC and Xbox Series X/S (or at least, that’s what we assume it’s coming out for; PS4 and Xbox One seem unlikely at this point), with a release date yet to be announced.

There’s no a great deal of info about the game yet, but we do know that its multiplayer elements have been given the chop in favour of making Dragon Age 4 a single-player RPG.