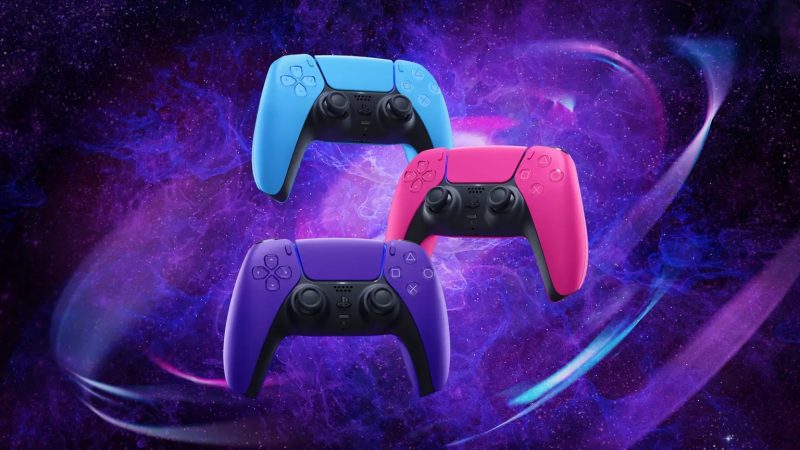 When the PS5 was first released, many players feared this new colour scheme would take over future design choices. That was thankfully not the case, as it is clear we will see more colours in the future apart from what’s already revealed.

Those new colours however are now available for you to grab yourself, at least from the UK PlayStation website. They’ve gone live a day ahead of their planned launch, so go grab them before they run out!

These new colours are Starlight Blue, Nova Pink, and Galactic Purple. If you’d like no colour at all though, the Midnight Black DualSense has been available for some time now, so you should be okay if you keep an eye out.

Along with these new colours that were set to release tomorrow, players were to expect new officially made by PlayStation plate covers for the PS5.

You can match your controller with either the Cosmic Red plates or the Midnight Black plates. Unfortunately those don’t seem to have been put up early, so you’ll have to wait the extra day.

Eventually, you will be able to match the other controller colours with a respective plate cover, as the blue, purple, and pink plate covers are set to arrive later on this year.