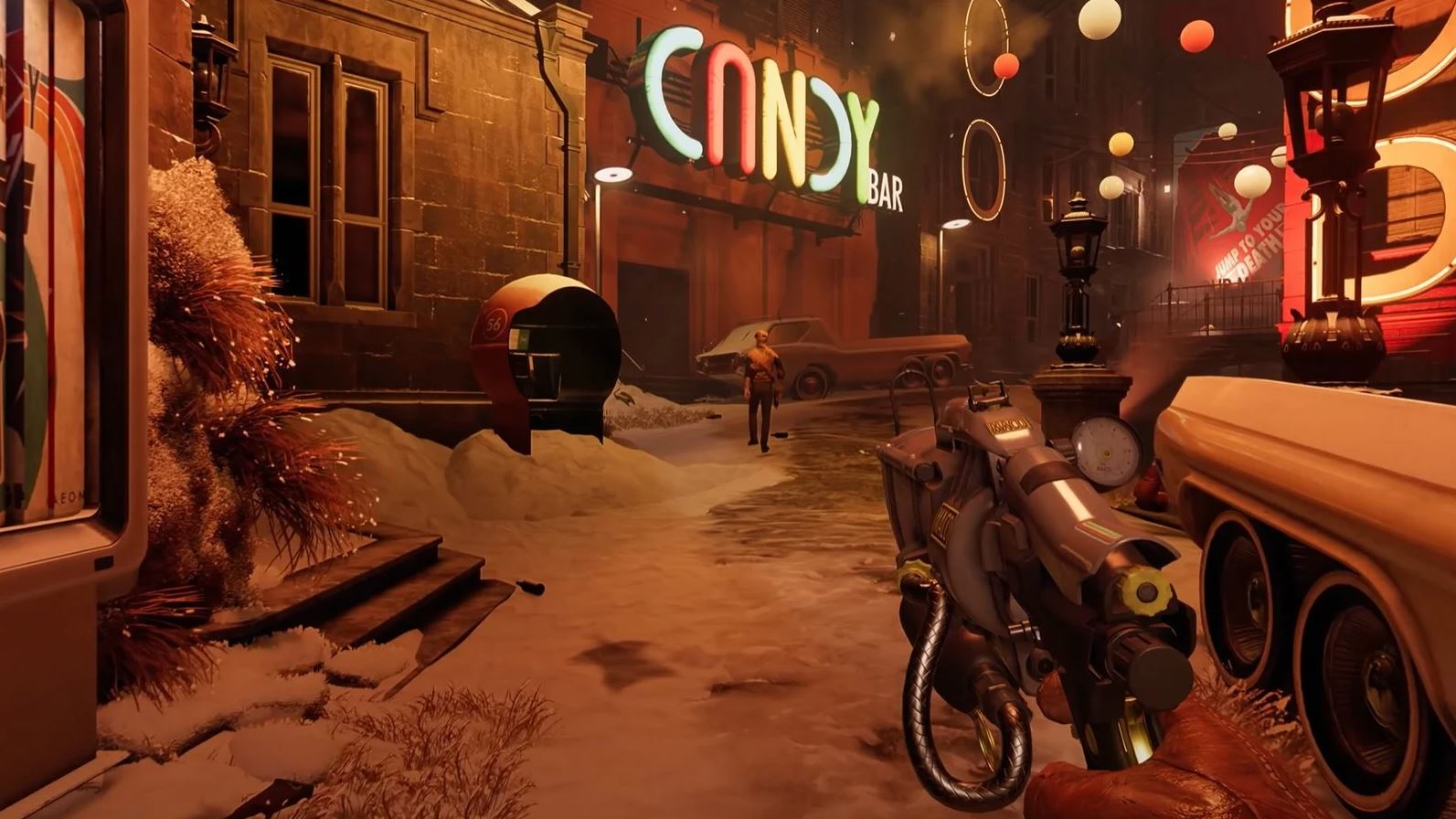 A new Deathloop gameplay video from Game Informer’s ongoing coverage showcases some of the weapons in the game, such as the up-close machete or the long-range slug shotgun, the Rapier. It sure looks like you will have a lot of options as to how you approach combat.

The video only shows some of the weapons in the game, but they remind us a lot of Prey from 2017, as they appear to pack a punch and have a lot of force and power packed into each shot both damage-wise and animation-wise. The Machete will be what you use when you go for a melee-only run (if that is possible) and it looks to be fast and deadly. The PT-6 ‘Spiker’ is a nail-gun and looks to be the game’s main silenced weapon, used for your stealthy, long-range runs.

The Rapier shotgun holds one pellet at a time but appears to be able to one-shot enemies at both close and long-range. The Strelak 50-50 is the game’s heavy weapon. Built like an LMG, it can seemingly hold a lot of bullets and also pump them out accurately. It does appear to be a single-shot weapon though, rather than fully automatic. The Heritage Gun is by far the most stylish weapon we have seen so far, acting as a shotgun that needs to be flipped each time to load a bullet into the chamber.

The LIMP-10, looks like your traditional Scorpion machine pistol, firing out bullets at a rapid pace. The Sepulchra Breteira is the game’s Sniper Rifle, meant for extremely long-range combat The Tribunal is a pistol that looks to act as a starter weapon, whilst the Vopat Trencher is a single-shot rifle that follows in the Tribunal’s all-around footsteps. Finally, the Fourpounder is a pistol that deals heavy damage but has a lot of recoil in response. You can also dual-wield them.

Not exactly a weapon, but we did see a device that allowed Colt to disable a camera. He can also place a turret in the environment. That covers everything from this new gameplay video and you can watch it from Game Informer below:

A new interview with Dinga Bakaba from Arkane Lyon revealed some details about the game, including how time loops and persistent upgrades work. The game’s Bond-esque theme song ‘Déjà Vu’ is also now out on Spotify.