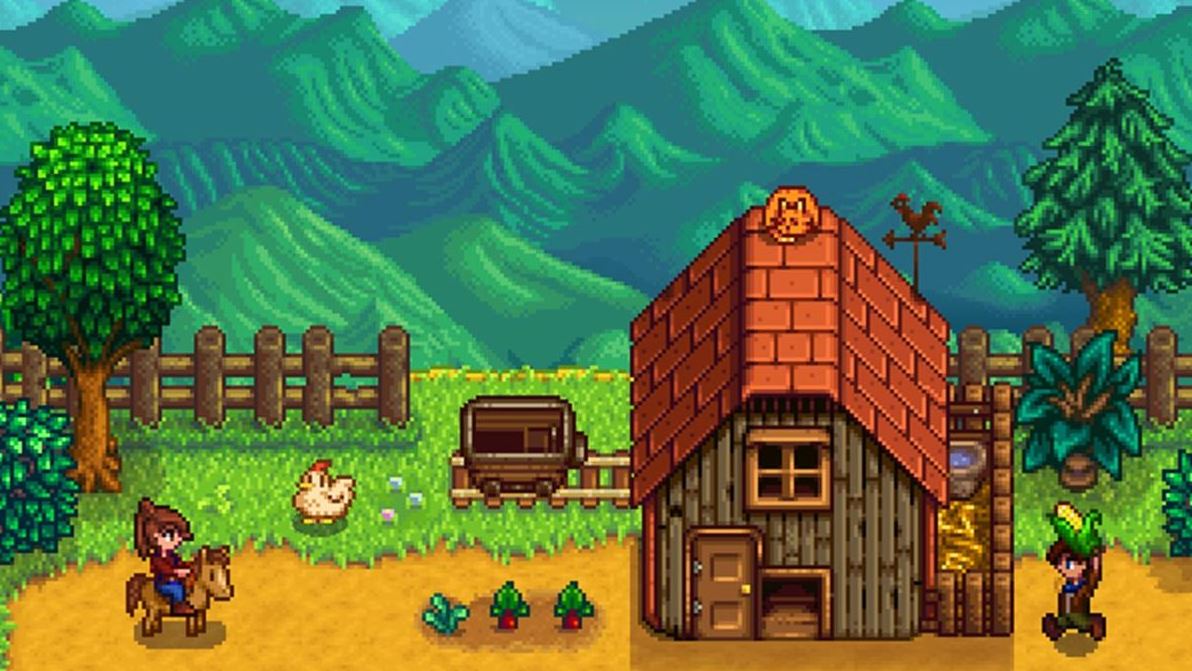 Start a new life on a farm and breathe life back into an abandoned valley? This is possible in Stardew Valley. The latest update provides an optimized gaming experience. But what is Stardew Valley all about? What does the new update bring? And what is still missing?

Stardew Valley: What it’s about

In Stardew Valley, players take over their grandfather’s abandoned farm. The goal is to get the farm and the community center back in shape. To do this, players plant vegetables and keep animals. But the player’s own farm is not the only setting. Countless adventures await gamers in Stardew Valley. From love affairs and marriages to fights against monsters, everything is included. Numerous mini-games make the farm game varied, for example coin games or fishing.

The Fishing Guide tells players where and when to find the different types of fish.

Collecting valuable minerals unlocks various functions and tools. Players can find these in the abandoned mine in Stardew Valley. However, getting the underground minerals isn’t quite that easy. First, players must defeat the monsters that inhabit the mine. If the monster wins the battle, however, it doesn’t mean the end of the game, because the player character can’t die. Instead, the energy level drops to zero. If there is no energy left, the protagonist loses consciousness and wakes up in his own bed. Although the loss of energy does not lead to death, it does leave traces, namely the loss of money and items on the farm. The simulation game can be played on the Playstation either alone or with up to four people.

After a short break, Stardew Valley has returned to the Play Station Store. This winter, the developers have given Stardust Valley a new update, which has been online since November 30. The update 1.5.5 brings only a few but useful changes. Besides bug fixes, it improves the Quality of Live and modding support on the PC. For gameplay, the update means that buildings are easier to erect and move. Even if pets or other objects are in the way. Also new is that the plant fertilizer disappears immediately in the pots. Before the new features, the fertilizer only disappeared when the plants were harvested.

There are also improvements in purchases and sales. For example, 25 pieces of an item can now be bought at once. Items that were sold unintentionally can now be bought back in the same purchase session. The fact that update 1.5.5 does not contain more changes is due to the scope of the previous update. This is because version 1.5 already contained a large package of improvements.

Open wishes: This is what the fans are missing

In 2017, the popular simulation game won the Steam Awards. This award proves that Stardew Valley has been inspiring more and more fans since 2016. But does the current update contain everything the fans want? The loyal community already has concrete ideas for future innovations. Many would like joint activities to be possible even after the wedding, for example mutual help or date nights. The fact that the children never grow up also bothers some players. They would like to see the children grow up and help on the farm.

In addition, new dialogs between the inhabitants of Stardew Valley are on the fans’ wish list. When it comes to pets, wishes also remain unfulfilled. Currently, it is only possible to own a dog or a cat. Some fans hope that they will be able to buy different types of animals and several copies of one type of animal. Fortunately, the patch notes of the update reveal that version 1.5.6 is already being worked on. According to the developers, it could also contain new content.