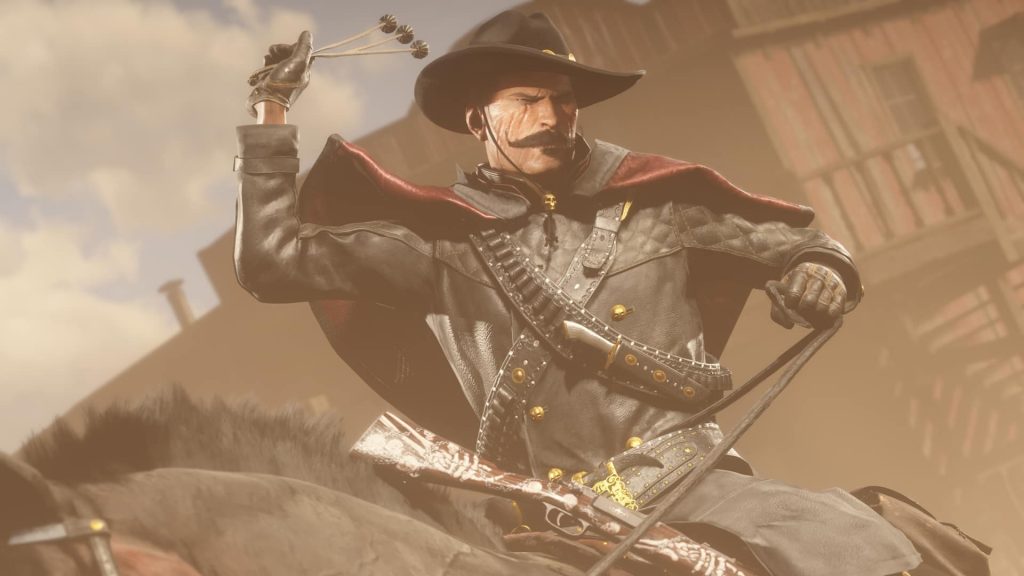 Rockstar Games has announced details on September 10’s massive Red Dead Online update, which adds a wealth of extra content for the multiplayer cowboy opus including Frontier Pursuits (which initially features three Roles: the Bounty Hunter, Trader, and Collector) plus improvements to the game’s controls, allowing for more responsive movement across the board.

The new Frontier Pursuits are part of the ‘next step in the continual evolution of Red Dead Online,’ says Rockstar.

In addition to the first three new Roles comes dramatic improvements to player control with quicker and more responsive movement across all phases of combat and locomotion; the ability to redesign your character’s appearance without resetting progress; greater damage resistance while in the Defensive playing style; new Ability Cards; new Daily Challenges and Daily Role Challenges; more Dynamic Events happening across the frontier; a slew of new items and much more.

Rockstar explains that each Role gives you new pursuits to tackle, leading to unique items and kills as you progress beyond the usual Cash and Gold rewards. Additional Frontier Pursuits will be added to the game as updates continue, with new Roles available.

For each Role, players will be able to hoover up XP by completing set activities. For example, hunting a bounty will dish out XP for the Bounty Hunter Role, while scooping up a collectible will net you Role XP for the Collector. This XP contributes to your progression through 20 Role Ranks, with a new tier of distinction unlocking at every five ranks: Novice, Promising, Established, and Distinguished.

Special skills and Role Tokens can be acquired after unlocking a Role Rank, such as the Bounty Hunter’s ability to duck for protection while on horseback or the Trader’s trained dog that alerts you to camp raiders. Furthermore, each tier features a kit of items that are unique to the Role, which you’ll purchase using Role Tokens.

You can read more about the new Red Dead Online update here, which includes details on the Bounty Hunter, Trader, and Collector Roles.