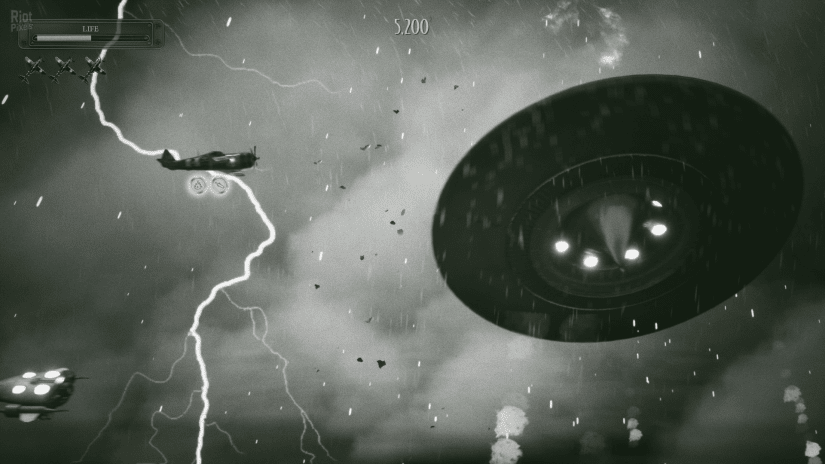 Squadron 51, a new shoot-’em-up from developer Loomiarts, is heading to PS4, PC, Nintendo Switch and Xbox One in 2021, publishers Assemble Entertainment and Whisper Games have announced.

The game sees players battle against Extraterrestrials from outer space, who are lead by the nefarious Director Zorag. While originally arriving with promise of a bright future, the group soon forms the VEGA Corporation and attempt to impose its predatory politics on the human race.

This is where Squadron 51 comes in, a rebel group who steps up to battle against the violent acts committed by the alien group. It’s up to you and your squadron of aircraft to square up against Zarog’s army of flying saucers and save the day — classic sci-fi horror action!

We’re huge fans of classic sci-fi horror and we jumped at the opportunity to co-publish Squadron 51 with our partner WhisperGames. Squadron 51 has found a loving home among Assemble Entertainment’s other award-winning titles known for their charming eccentricity. Fans of all genres will appreciate this delightfully original shoot ’em up.

The whole game is coated in a brilliant 1950s-style aesthetic that recalls the classic sci-fi horror movies of that era. It definitely looks pretty unique as far as shooters go, so keep an eye on this one. Check out the trailer below.

Squadron 51 is scheduled for release in 2021 for PS4, PC, Nintendo Switch and Xbox One.