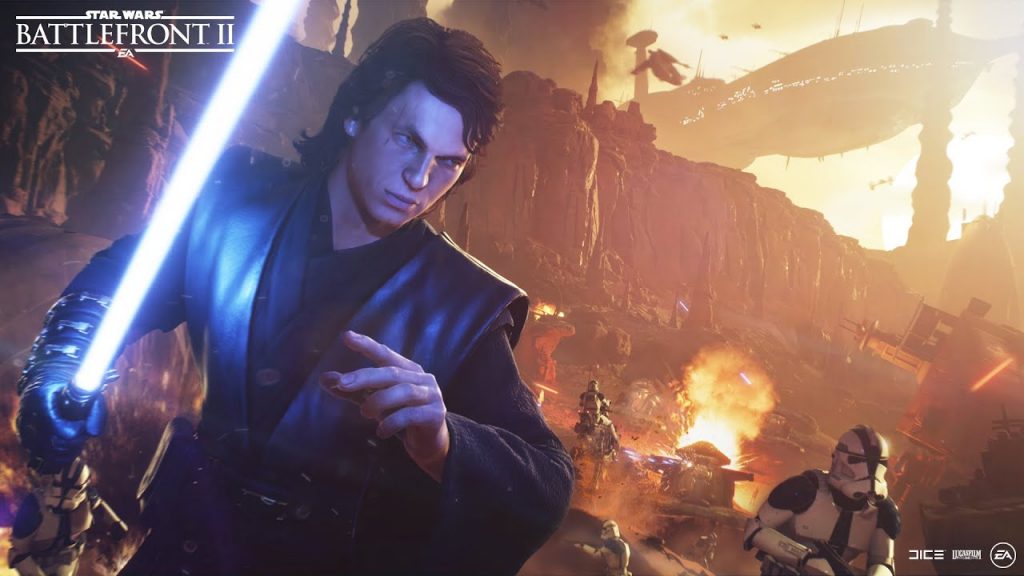 Electronic Arts and DICE have scheduled a new Star Wars Battlefront II update for tomorrow, which is set to include a number of fixes and tweaks to the sci-fi shooter, including changes to the Starfighter Assault mode. This is only a small update, so don’t expect anything too major for the game. Full patch notes are coming at a later date.

The new Star Wars Battlefront II update was teased by the game’s community manager, Ben Walke, in a post on Twitter.

We have a small patch going live for Star Wars Battlefront II this week, targeting a release for tomorrow. Will include a number of fixes and tweaks. Finn's Covert Leader card gets tweaked, fix for SFA starting with uneven players and a few more.

The last major update for Star Wars Battlefront II dropped in late June, and came packed with a host of character balance changes. Read our earlier story for more details.

Star Wars Battlefront II was released on PlayStation 4, PC, and Xbox One in November 2017, and attracted heaps of controversy over its use of microtransactions. In the end, EA temporarily removed them from the game and re-implemented them months later, albeit slightly modified.

Despite the initial backlash however, DICE has attempted to keep things ticking over with a flurry of updates for Battlefront II, resulting in a more robust experience than what we had at launch.

Not played Battlefront II? Get the lowdown from EA below.

Forge a new path as Iden Versio, commander of Inferno Squad—an Imperial special forces unit equally lethal on the ground and in space. Encounter many of Star Wars ‘ greatest characters in a story of revenge, betrayal, and redemption that spans 30 years.

Hurtle between the rooftops of Theed in a speeding starfighter, cut swaths through armies of Clones with Darth Maul, and build your legacy on the battlefield. Your Star Warsfantasies come to life in Star Wars Battlefront II’s multiplayer.

Read our review of Star Wars Battlefront II here. The next video game instalment in the Star Wars series, Star Wars Jedi: Fallen Order, is due for release on November 15.