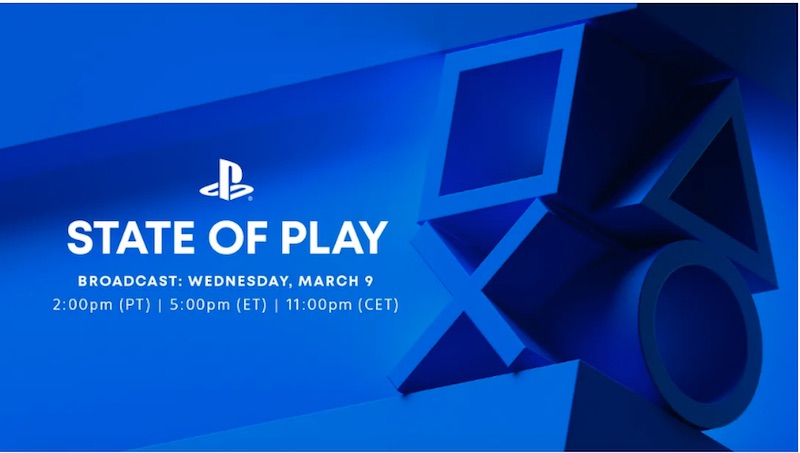 Sony Interactive Entertainment has announced that it will host a new State of Play event on March 9, 2022 at 5.00pm EST/10.00pm GMT.

The announcement comes off the back of numerous rumors that Sony would be hosting a new State of Play this month.

While the format holder confirmed that there won’t be any updates on PSVR 2 hardware and software, it did reveal that tomorrow’s State of Play would provide reveals and updates for a number of PS5 and PS4 games.

The show is clocking in around 20 minutes, give or take, with a special focus on highlighting great games coming from some of our beloved Japanese publishers, though we’ll have a few updates from other developers located around the world, too.

The State of Play broadcast will be streamed on Twitch and YouTube as per usual. That’s about all we know, as Sony is understandably keeping tight-lipped on exactly what games will be showcased during the event.