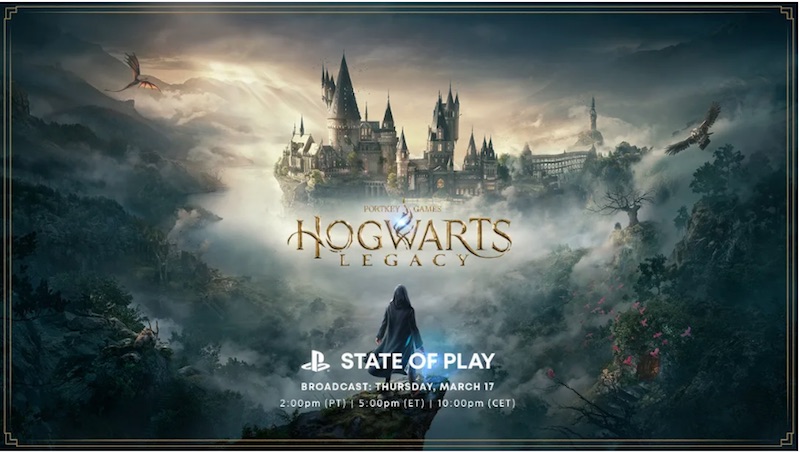 Sony Interactive Entertainment has announced that a new State of Play event will take place on March 17 at 5.00pm EST/10.00pm GMT, which will focus on Hogwarts Legacy.

Speaking on the PlayStation Blog, the format holder confirmed that the March 17 State of Play event will run for about 20 mins, with 14 minutes dedicated to new Hogwarts Legacy gameplay footage. So, we’re looking at a deep dive into the game by the sounds of it.

Since we first revealed Hogwarts Legacy, the trailer has been viewed over 28 million times on the PlayStation YouTube channel. We promised to share more this year, and we’re finally ready to deliver on that promise.

Hogwarts Legacy is currently in development for PS5, PS4, PC, Xbox Series X/S, and Xbox One, although a release date has yet to be announced. Hopefully we’ll get more details on that during Thursday’s State of Play.