When we last got our mitts on Ni No Kuni II: Revenant Kingdom, we got to grips with the reworked combat system and had access to two instances: King's Cradle – Trial of Courage and Longfang, Lord of Flame. This week we were treated to two more, which focus on very different aspects of gameplay.

The Battle of the Heartlands

“Take to the field with Evan's forces and fight your way through the bandits blocking the way to pastures new.” 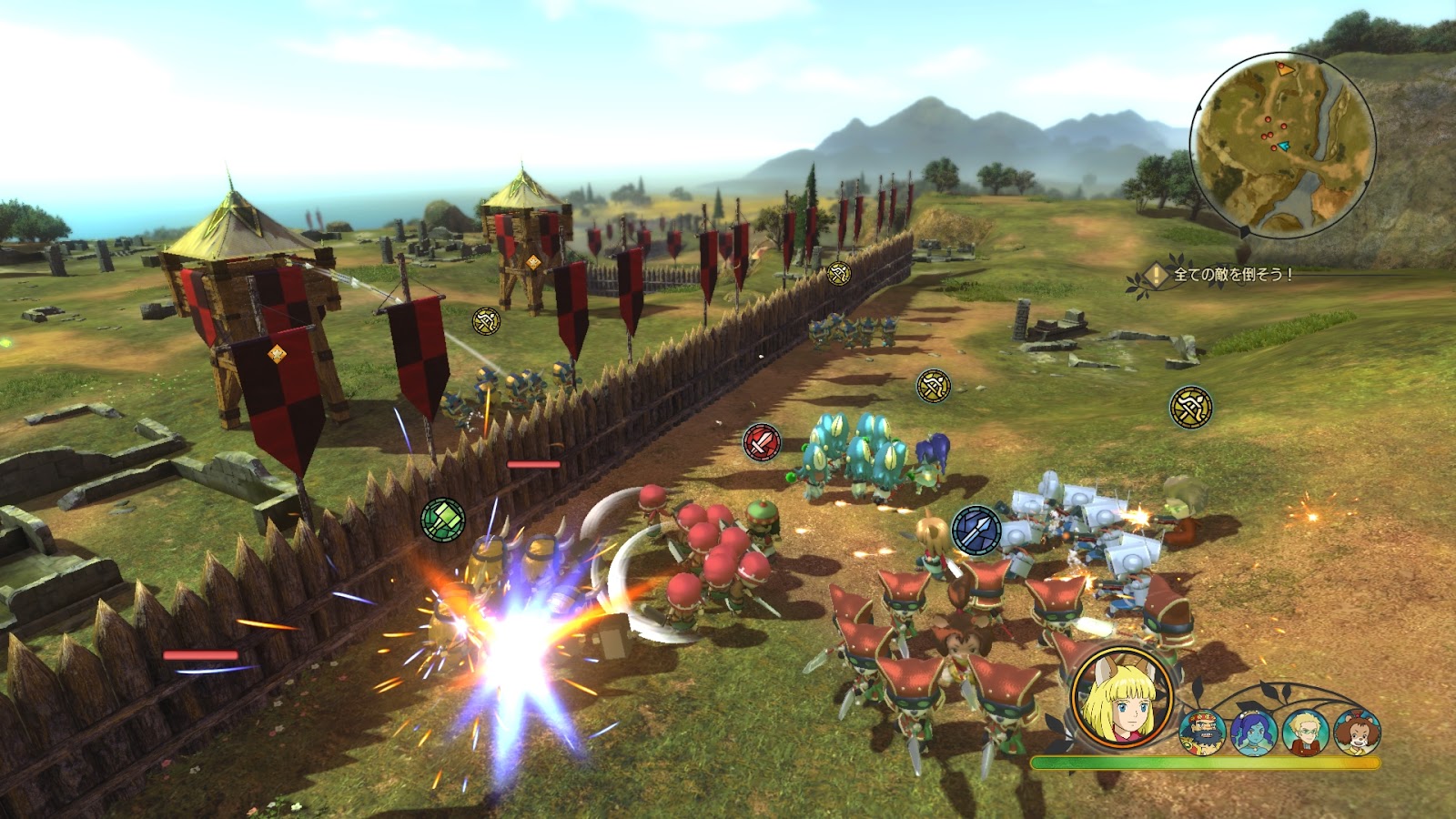 These skirmishes add yet another layer to Ni No Kuni II's gameplay range. This time bringing simplistic RTS (Real Time Strategy) elements to the game, in which you can command up to four units of bobble-headed soldiers. In this tutorial mission you begin with red close-combat melee troops, and green ranged archers. Each unit has a leader, much like the Higgledies, who can use a Special Tactic. On the red team we have ‘Chingis' (affectionately known to me as ‘Chingis Khan') whose ability calls in his bomber squad to devastate the battlefield. On the green team meet Khunbish (you wish! Sorry…) who can heal Evan's allies.

How about, instead of reading more of my terrible puns, you check out our short gameplay video for The Battle of the Heartlands? That sounds like a good idea, let's do that!

One Good Turn Deserves Another (Unless Wyverns are involved. Oh, shhhi…)

“Travel to Wyverns' den with Roland and save Tani.” 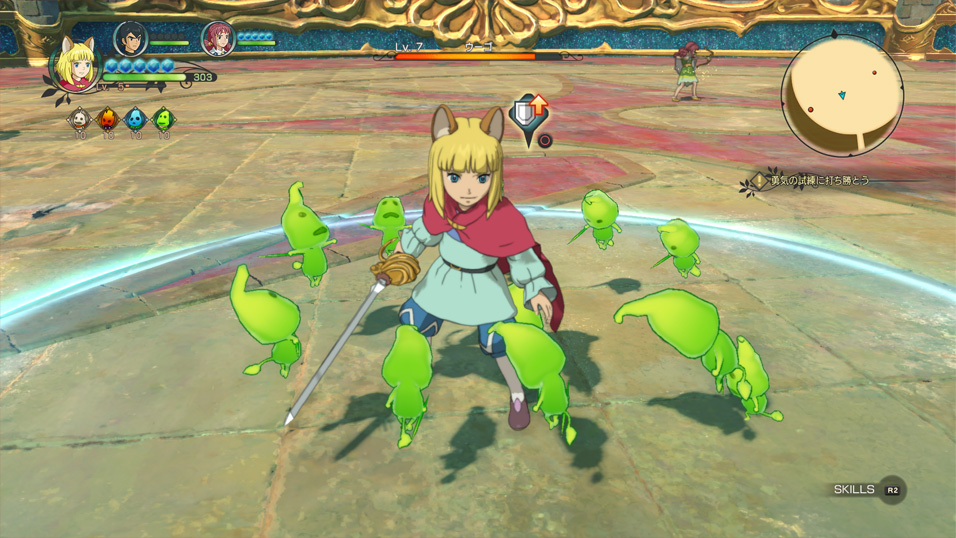 One Good Turn Deserves Another brings us back to the main storyline, which gave us a longer period of exploring the top-down open world environment. Once you leave the Sky Pirates' base, weeble Evan and weeble Roland wobble off on the road to Wyverns' Den. Following on from its predecessors, the influence of popular JRPG's remain. For example, wild beast encounters continue to be reminiscent of Pokémon, as you are pulled from the sky and onto the battlefield. However, instead of the classic turn-based style, Ni No Kuni II moves away from the characteristics of the genre and favours a free flowing, westernised combat system. Not forgetting the replacement of Familiars with those little gelatinous Higgledies. Check out our initial preview of Ni No Kuni II for more details on those little fellas!

Join us on the trail to Wyverns' Den! How do you feel about these changes moving forward and the new combat system minus familiar, Familiars?