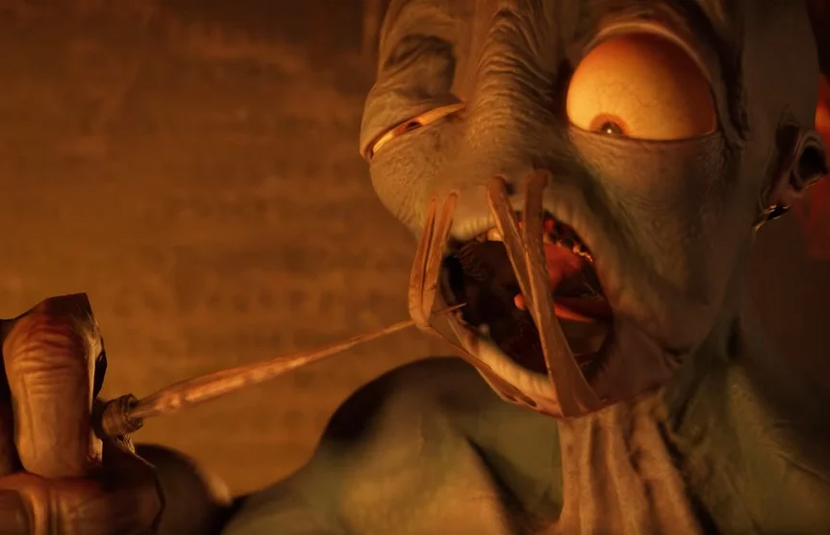 The game will set you back $39.99 for new owners, although if you already own the existing version of Oddworld: Soulstorm, you can pick up the Enhanced Edition as a free upgrade on PS5 and Xbox Series XS.

Oddworld: Soulstorm Enhanced Edition features a number of improvements over the standard version of the game, including enhanced gameplay mechanics and motion code, balancing to audio, seven months wroth of extra polishing, tweaked to Slig and followers AI — they’re now more intelligent and responsive — and all DLC and previously released updates.

In addition to the above, there’s also a new mode unlocked after completing the game. Here’s what PC and PS5 players can expect:

PlayStation and Epic Games Store players will experience “Toby’s Escape.” Like Vykkers, it is a throwback to classic Oddworld gaming short puzzle-filled levels to master. If you have played Soulstorm, you’ll know Toby from the train, but how did Toby escape RuptureFarms and become the train’s conductor…find out in Toby’s Escape.

Oddworld: Soulstorm was released for PS5, PS4, PC, Xbox Series X/S, and Xbox One in April 2021, and you can read our full verdict on it here.