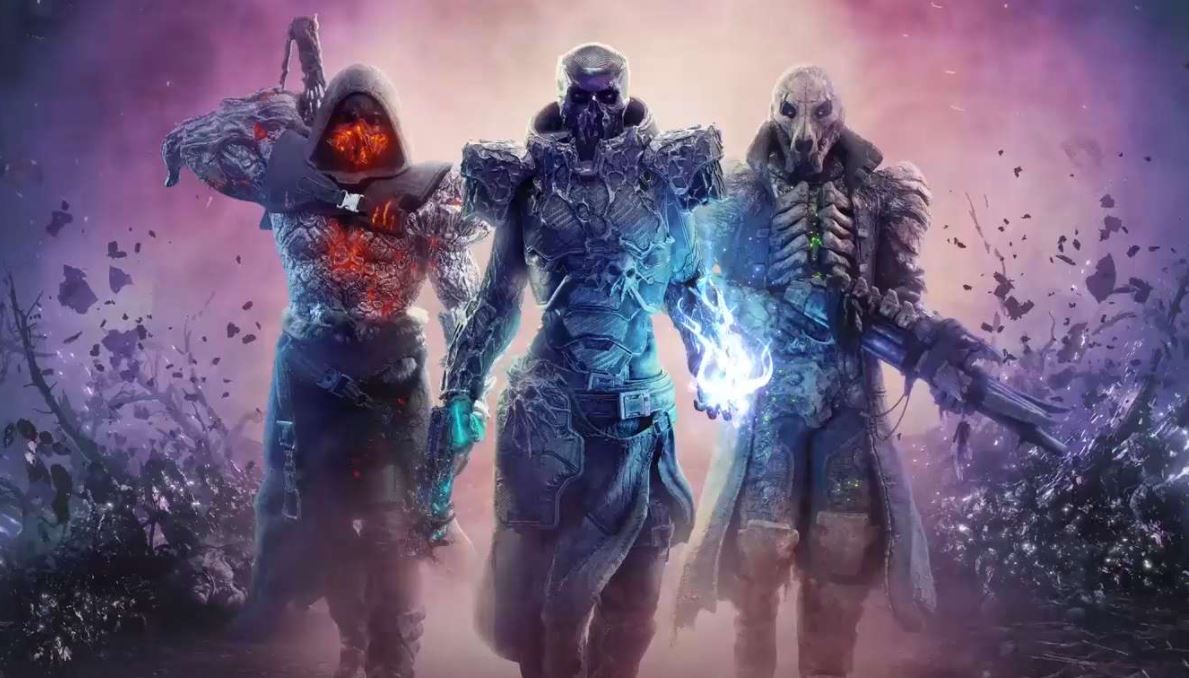 Outriders PS5 Hands-On Impressions – After multiple preview events and experiencing everything there was in the demo, Outriders is finally out and in my hands and so far I can say that it is doing a lot right. Providing a satisfying and crunchy combat experience, I have been hooked for the first 10 hours I have played, even if the game at times feels like it is from the early PS4 era.

The Carrot On The End Of The Stick

By now, chances are you have seen or played the opening of the game and it is by far the weakest part of People Can Fly’s new adventure. The prologue, which lasts about 30 minutes is a mixture of walking, jumping from cutscene to cutscene and listening to solid dialogue that isn’t quite matched by characters’ animations.

Luckily, I can say the game gets much better once you pass that bump. The rest of the missions which were in the demo are just as good here, but the content that lies after is where the narrative starts to pick up and make you go “Ohh, I want to see what is at the end of this.” 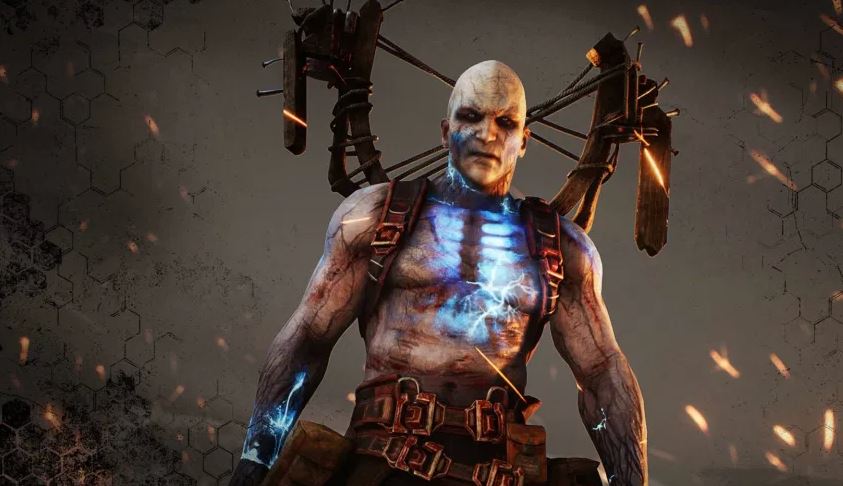 The signal you are going after becomes a major plot point upon reaching the second area of the game and some small reveals that I don’t want to spoil have left me pondering about just what is happening on the planet of Enoch. I want to get to the end of the game so I can find out what is at the location of the signal and learn what happened during the time we were in cryo-sleep.

Yes, it is effectively just a carrot on the end of a stick pulling me towards the end, but it is a damn enticing one.

Characters are also more interesting than I originally thought in the demo, but while the voice acting is good they don’t serve too much of a purpose beyond providing lore or getting you onto the next mission. On top of that, the animations still look wonky and are definitely the poorest looking part of the game.

One key improvement from the demo is that the shaky camera in cutscenes has been almost entirely removed, thanks to a slider in the options menu. No longer do I have a seizure whenever a character starts walking and the camera reflects that by shaking vigorously as if a magnitude-9 earthquake is happening in the environment. It makes the story much more digestible and watchable.

By far the strongest aspect of Outriders is its combat and just how dynamic it is. With four classes that each play differently, you can fit whatever style of play you want. I went with the Devastator, which is the one class I hadn’t had a chance to play yet. So, for the last ten hours, I have been charging into firefights and demolishing enemies with a submachine gun and shotgun, consistently healing and feeling unstoppable as I do so.

Outriders’ premise of “kill to heal” is a smart one and really helps separate its combat out from other third-person shooters. Instead of sitting back and taking out enemies one by one, Outriders is all about non-stop blood-pumping bullet firing. 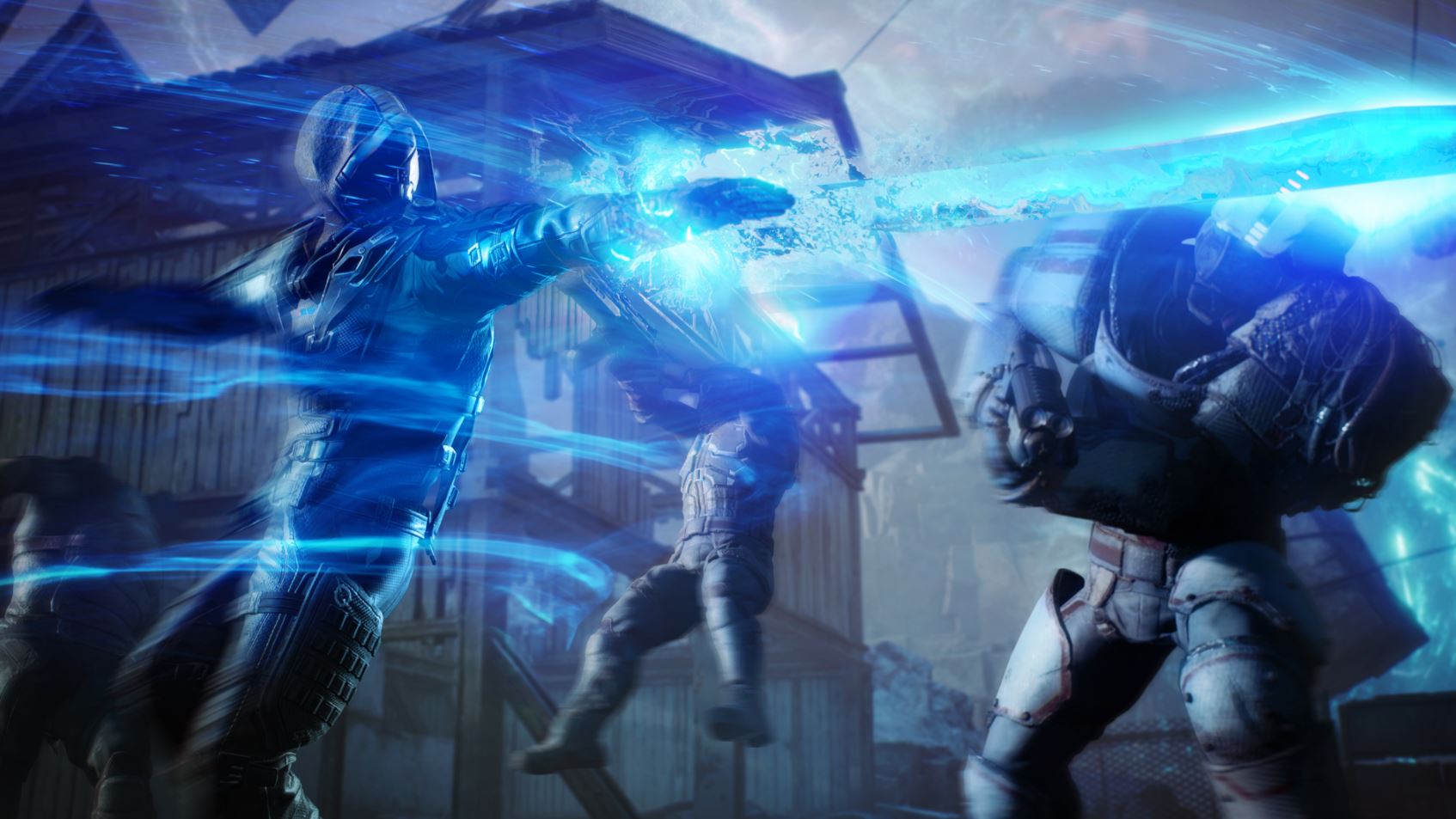 So far, fights have been entertaining, thrills of dodging around the battlefield and then using one of my abilities to wipe out a group of enemies I have previously weakened with gunfire.

I have been playing everything solo so far and I have been having so much fun just clearing out each map and completing all the side quests, moving on with the story, and repeating that loop over and over again. I haven’t found anything too difficult either, but fights can be a challenge. The thing you need to know is that if you want to play Outriders solo, you absolutely can.

The game also ups the enemy variety about five hours in and is so much better off for it. The traditional humanoid foes are swapped out for a variety of mutant monsters that fire acid from afar or swarm you with melee attacks. I even got to the first major boss, which was an intense and lengthy fight that made me feel like David toppling Goliath.

I don’t want to go into too much detail about it, because chances are a lot of you haven’t seen it yet, but it made me very excited for the dungeon-like Expedition missions that make up the endgame of Outriders. 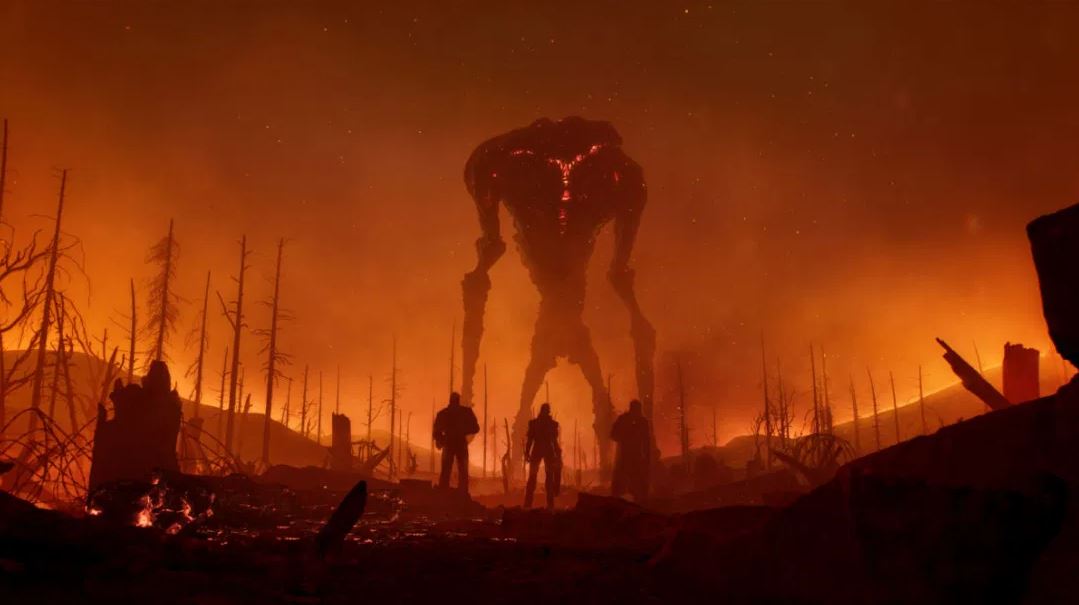 When it comes to build customisation and progression, I haven’t messed around with the deeper elements, like crafting, too much, but I have swapped out my skills a lot, finding the right fit for me and the enemies I am currently fighting. Each one serves a different purpose and there is a lot you can do to make your Outrider feel how you want. I am excited to get more into it as I get further into the game.

The addition of the ability to dismantle all items of a certain gear rarity is also a nice bonus and something that I have used a lot already.

Not Quite What You Expected

The game hasn’t changed too much from the demo, so graphically Outriders isn’t the strongest fighter in the arena. Some later areas of the game look much better and offer a nice variety of locales, but occasionally towns and areas will look decidedly early-PS4 era and just a bit too grey for what modern-day shooters have become.

I already mentioned the poor animations when it comes to characters, but the rigamarole of cutscene, kill a few enemies, cutscene, jump over a bridge, cutscene gets old super fast and feels like something that should be banned from any game in the future. Another issue is that during cutscenes the camera sometimes swings in one direction like it is adjusting until it gets to where it wants to focus. Nothing game-breaking but strange for sure. 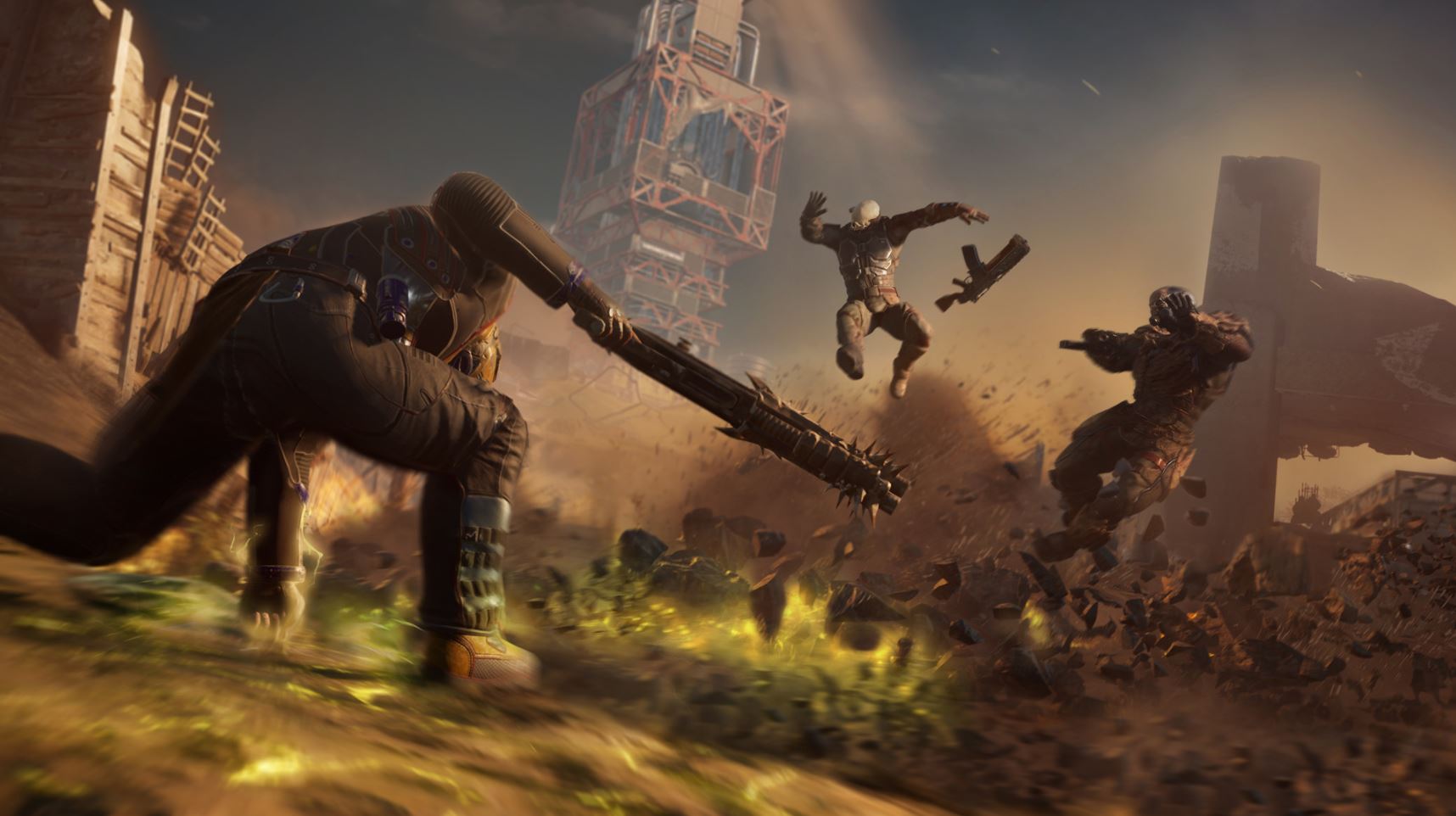 Beyond that, the game has been silky smooth frame rate wise on PS5 and I haven’t had any issues with performance or crashing. The game has some solid Activity Card use and excellent Trophy progress tracking, which is a huge plus for me.

However, when it comes to utilising the PS5’s power Outriders doesn’t do much to stand out on Sony’s new console compared to PS4. The game doesn’t offer any specialised use of the DualSense and it just generally feels like a PS4 game that happens to have a PS5 version as well.

Outriders has definitely left a better impression than the demo did. Offering more varied environments and upping the intrigue of the story has kept me invested early on and I expect some more reveals to happen along the way, refreshing that intrigue.

Despite not looking like a next-gen game, the combat is its strongest asset and so far it has been a blast to run around and demolish foes and monsters at every turn. The crunchy and satisfying action and visceral-feeling abilities offer a lot of variety and customisation seems to be vast.

I am excited to see just what Outriders holds deeper into the experience and just how it is set to evolve. But, right now it is hitting the mark in a lot of areas and might become something I replay over and over again, because the core loop is just that good.