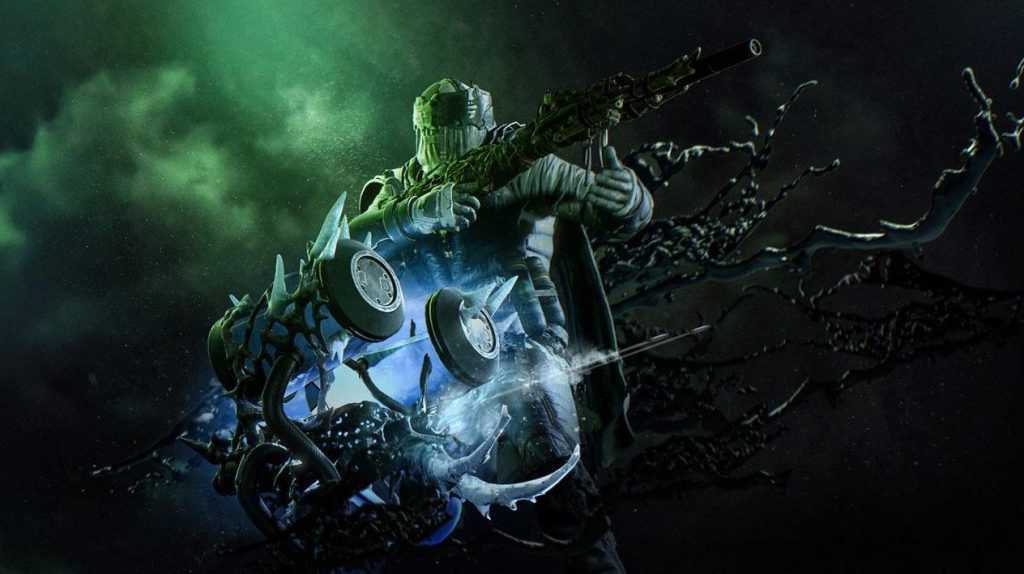 Outriders PS5 and PS4 Impressions – Outriders is getting closer to its much-anticipated release and today People Can Fly has unveiled the game’s fourth and final class, The Technomancer. A utility-based class with heavy customisation. We recently got the chance to play around three hours of the game and try out this new class and some mid-game levels and missions.

Since January when we first previewed the game, Outriders is shaping up to be a high-quality RPG that I can easily see myself replaying to experience everything it has to offer.

The Technomancer Can Be Built The Way You Want It

The Technomancer class is far more customisable than the previously revealed Devastator, Pyromancer, and Trickster. It manifests weapons from thin air that can be used for crowd control, damage over time, support, or dealing a lot of damage on enemies.

The class offers a number of different skills which you can equip and tailor to these playstyles. For example, the Technomancer is the only class which can heal teammates and yourself with an ability. A heavy rocket launcher can be pulled out to rain fire on enemies from afar, as can the two variants of turrets you can equip.

There are also a number of other abilities such as being able to freeze enemies and weaken them. The Technomancer class feels distinct from all of the other classes and People Can Fly has built a class that can be moulded to your liking. 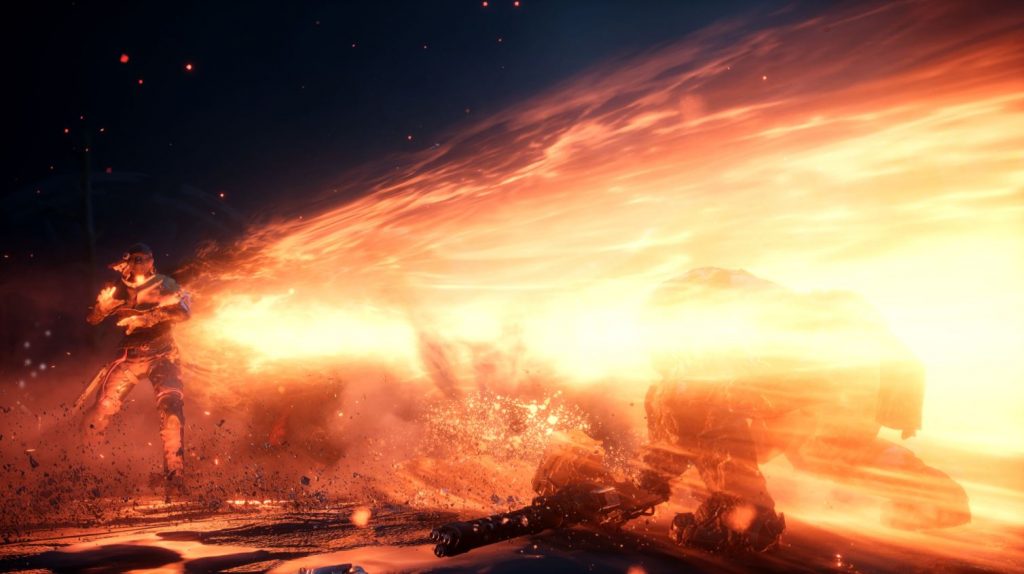 The class’ unique abilities and playstyle also means that you can engage in co-op in different and more interesting ways. For example, this is the only class where you can act as a support character, sitting behind your teammates and supporting them from afar without having to worry about incoming damage or not being able to regenerate your health (which is done through dealing damage).

The Technomancer rounds out Outriders’ four classes and brings the collection together, ensuring that a class can fit everyone’s needs and synergise well with others, making for an engaging combat-focused RPG whether you are on your own or with friends. 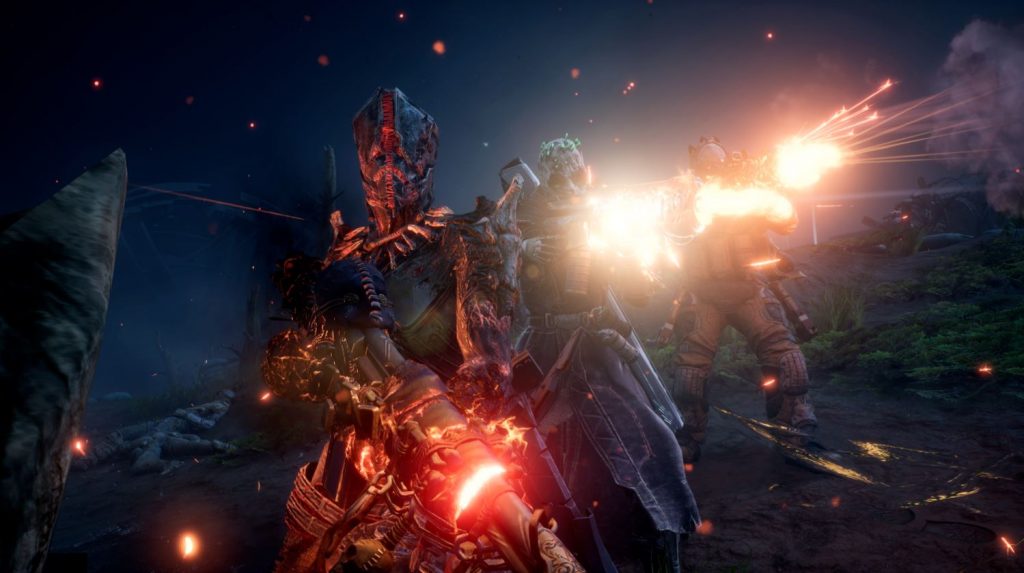 Outriders Has Gained More Of An Identity Since January

Back in January one of my main concerns was that the game didn’t seem to have anything that jumped out at you as a must-see part of the game. But, now that I have experienced some later sections of the RPG shooter, I can say that Outriders is a game with a lot of moving parts, but those moving parts are starting to come together.

The core loop of Outriders is that you move across the planet of Enoch to reach a signal you are tracking. This results in a game where you move from a safe hub and trek out into the land, fighting off monsters and completing quests before returning back to base or moving onto the next one. And, that gameplay loop seems to be a satisfying one that will offer up a meaty experience with a lot to do in each area.

I got to experience a number of new types of quests, including a Hunt, where I had to kill a monster and a bounty hunt which had me tracking down a target. Aside from that, main missions offer challenge and swarms of enemies that can’t be found in these side quests. The number of missions to complete here will likely keep you busy for hours and I am very excited to get stuck into the game when it eventually hits our consoles. 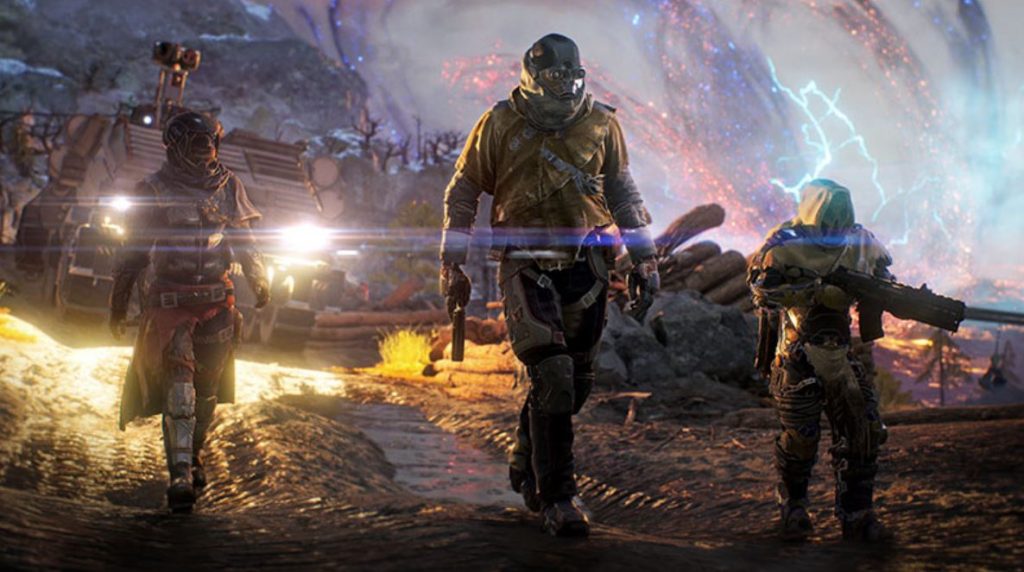 Alongside those missions, the guns have seen an improvement since earlier this year with each type now feeling more distinctive and the heavier weapons feeling more useful than the traditional assault rifle and shotgun loadout that I stuck with during my first preview. I also saw other noticeable positive aspects, such as a faster revive time and the ability to use the same class in a party, allowing you to team up no matter who is playing what class.

With those weapons comes an impressive amount of customisation and ways to mod your gear. Vendors in the bases can be used to upgrade gear in a number of ways, such as raising their attributes, equipping mods you have found from other weapons, or altering the variant, such as turning an automatic rifle into a single-shot sharpshooter. I didn’t get around to trying out any of this crafting but there is a lot of potential here to create the loadout you want and I am excited to learn more about it later this year. 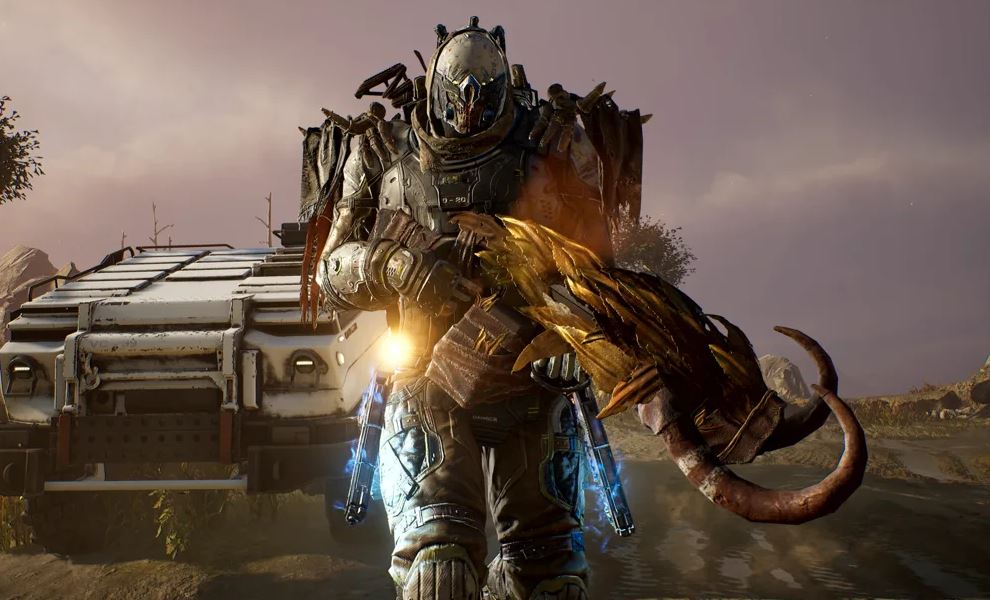 Some Questions Still Need To Be Answered

Whilst my confidence in Outriders was reinstalled during this new gameplay session there is still a lot of questions I have and a few concerns still ruminating in my brain. For example, I am concerned that the game will feature too much walking around and talking to people in the hub camps, while the shooting and looting will take a backseat.

On top of that, the construction of Outriders feels a little bit dated as you will enter a cutscene, have a thirty second gameplay segment and then enter another cutscene, which is jolting and not exactly the most fluid experience.

I would also like to see the ability to view the attributes of loot on the ground before you pick it up, so that you know if it is worth looting or leaving behind. Some kind of comparison icons in the game as well for loot would be nice so I didn’t have to go back to the menu every time I pick up something news.

Outriders is still one of the games I am most excited about in 2020, but I won’t know how I truly feel until I experience the entire thing later this year. Ideally we could do with a demo or some kind of beta released to the public, so we can have a better idea of the final product.

Outriders releases for PS5 and PS4 this Holiday.