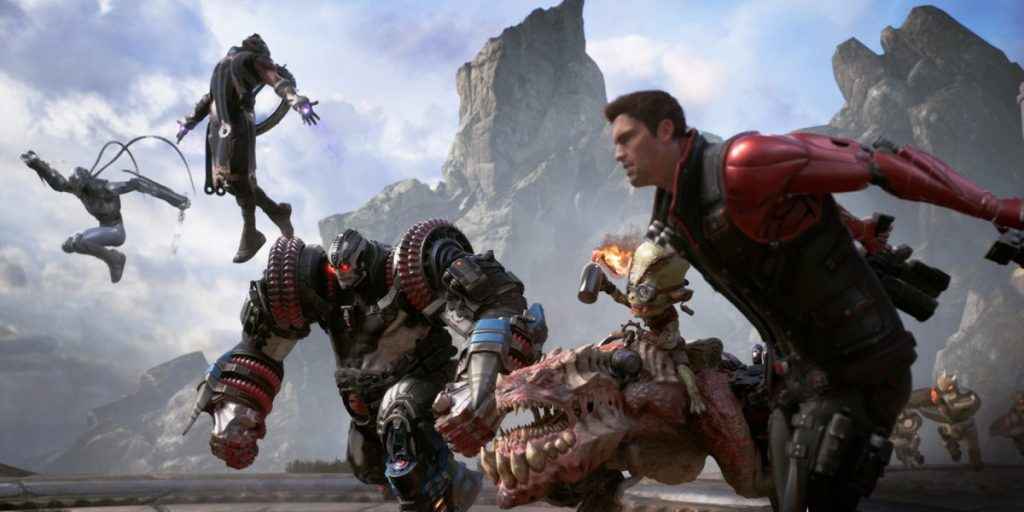 The future of free-to-play MOBA Paragon isn't looking good. Epic Games has released a statement explaining that future updates may be much slower due to the outstanding success of its survival multiplayer game, Fortnite.

Posting on Reddit, the developers says the success of Fortnite has caused them to ponder the future of Paragon. He admits that progress on the game has been slow recently because some of the team members have switched over to working on Fortnite tweaks and updates.

Paragon Updates Will Be Slower

Here inside Epic, we're talking about the future of Paragon in pretty much the same terms as you're talking about it. The core challenge is that, of new players who try Paragon, only a small number continue to play regularly after a month. Though Paragon has evolved, no iteration has yet achieved that magical combination of ingredients that make for a sustainable game. (As an aside, the problem isn't marketing or how to make money with Paragon. We have good ideas that would solve those problems if we can find a way to make Paragon grow.)

Epic Games do go onto to say that they'll be having an internal meeting about Paragon to work out if they can evolve it further, but says that Paragon's release cadence will be slower.

In the meantime, the Paragon v45 update is due to launch this week and includes the new Mountain Forge Terra skin, as well as hero adjustments and other tweaks.

Fixed an issue where Grinning Spectre could previously be intercepted by non-targeted enemies causing both enemies to be executed.

Fixed an issue where Serath's Heaven's Fury would not proc the passive.

No longer able to be interrupted – Stuns and Silences will no longer automatically cancel and toggle off the card.

Reduced cooldown from 90 seconds to 45 seconds.

No longer able to be interrupted – Stuns and Silences will no longer automatically cancel and toggle off the Card.

Increased Power from 8 to 9.

Reduced cooldown from 50 seconds to 40 seconds.

Increased Health Regen per Mana restored from 20% to 25%.

Improved consistency and feel when being knocked back while Morphed.

Fixed an issue where players could still place wards after unequipping Lamp Lighter.

Fixed an issue where the cooldown of Steel's Shield Bash ability was not being reduced correctly.