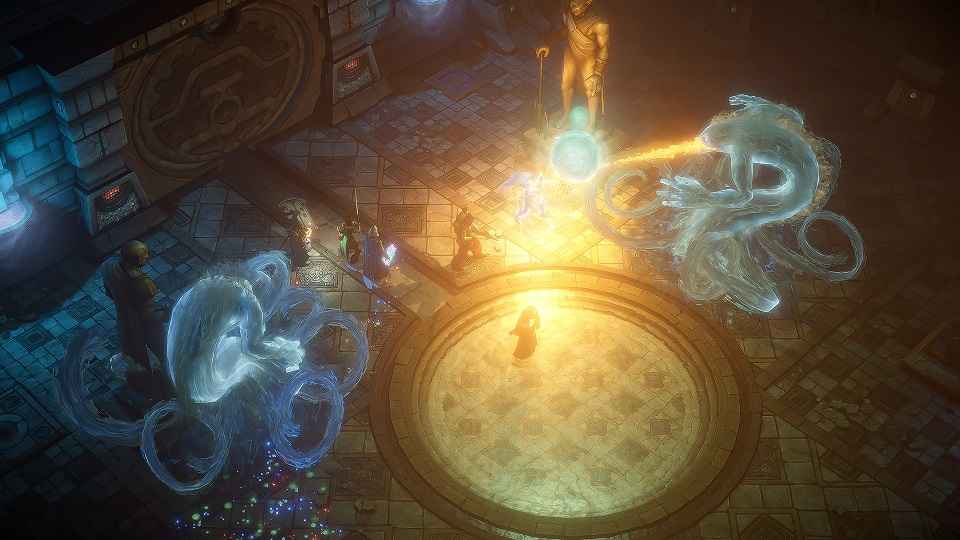 Prolific publisher THQ Nordic has revealed that a Pathfinder: Kingmaker PS4 release is due sometime next year. Alongside an Xbox One and Nintendo Switch port of the isometric CRPG.

The news comes indirectly via a recent financial report, in which it was also revealed that the studio is currently working on a whopping 35 as yet unannounced titles.

Returning to the news at hand, however, it’s important to note that THQ Nordic has provided official confirmation on this, with additional details to follow shortly.

A list of games that appeared in the aforesaid report (a link to which you’ll find here) also shows, quite clearly, that a PS4, Xbox One, and Switch version of the game are scheduled to release sometime in 2019.

You can catch the PC launch trailer for Pathfinder: Kingmaker below.

Based on the classic pen-and-paper RPG of the same name, the Pathfinder: Kingmaker video game is described as a “companion-focused story” by developer Owlcat. With players joined by a group of “living, breathing companions” as they explore the rich world around them.

Players can even customise their companions in whatever way they see fit, to create a well-rounded and varied party of warriors.

When not exploring the Stolen Lands of Golarion, meanwhile, players will also be able to establish their own Kingdom, claim new territories, and build bustling towns from the ground up. Ruling their newly founded settlements as a benign lord, oppressive tyrant, or something between the two extremes.

So if you’re a fan of fantasy RPGs with deep narratives, interesting characters and challenging battles then Pathfinder: Kingmaker will absolutely be your thing.

It sounds right up our alley too, to be honest, so we’ll be keeping an eye on this one throughout 2019. Stay tuned!