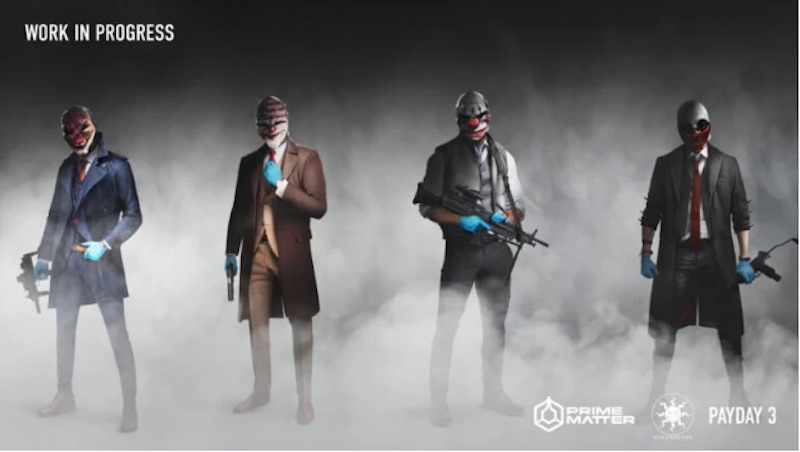 PayDay 3 will take place in New York City and will see the original gang return to the franchise, Starbreeze Studios has confirmed during a 10th anniversary livestream over the weekend.

The game’s director, Erik Winnoevi, confirmed that the highly anticipates sequel will be set a several years after the events of its predecessor, and sees “the gang being pulled back, not purely through their own choice. “Dallas, Hoxton, Chains and Wolf make their glorious return to heisting.”

“Payday has transitioned into the digital age, so software giants, crypto currencies, mass surveillance and the Dark Web this is reflected in future updates to gadgetory.”

We also got a look at some new art work for PayDay 3, which we’ve included for your viewing pleasure below.

PayDay 3 is still a long way off at this point, as the game won’t be seeing the light of day until 2023. The game is slated for release on PS5, PC, and Xbox Series X/S.