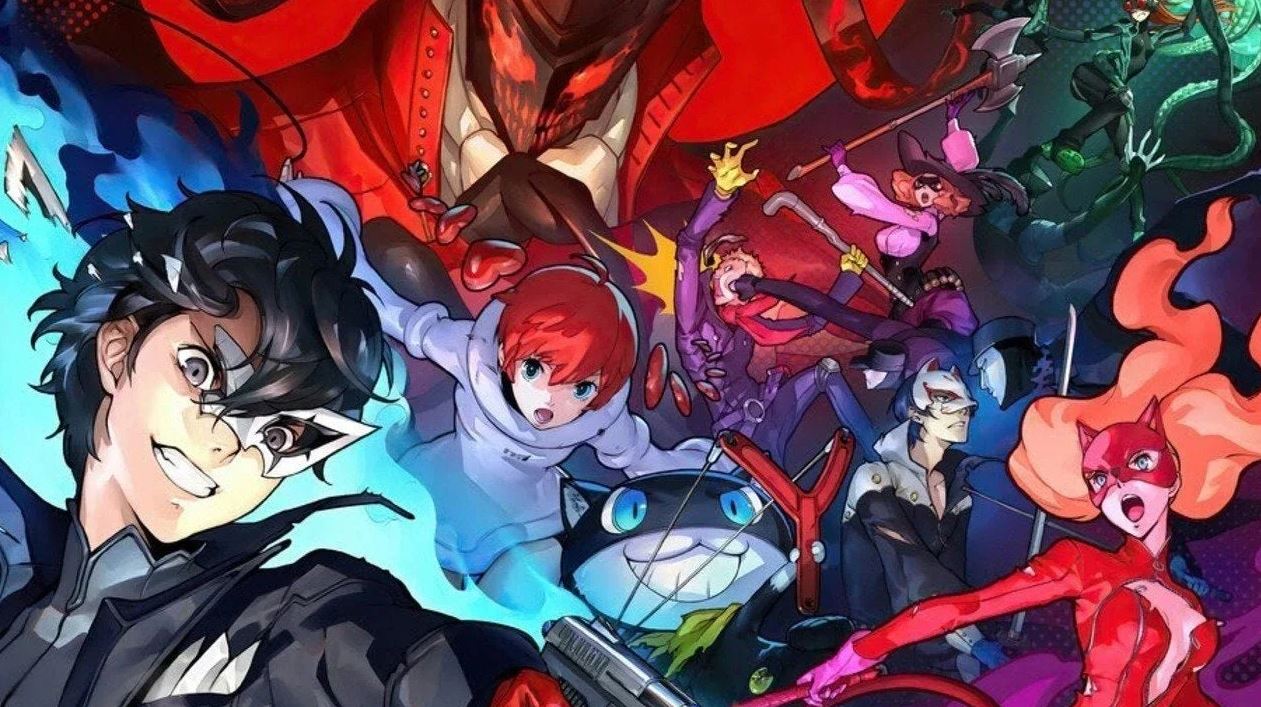 Persona 5 Strikers PS4 Hands-On Preview – After a long wait for localisation, Persona 5 Strikers is finally coming to the west next month, giving Persona 5 fans another dose of the game’s captivating style. But with the shift to an action focus, how does the gameplay fare and is it able to still be Persona when the gameplay is at first glance so wildly different.

The answer is – rather well. I have spent about six hours with the game’s opening and I have to say that the concept of fighting against hundreds of shadows at once works well here, although I do have some reservations about how the whole package comes together. Let’s get into it.

I can’t go into too much detail about the story but Persona 5 Strikers is effectively a sequel to the original Persona 5, not Persona 5 Royal, so don’t expect any of the new characters to show up here. The Phantom Thieves are on holiday, six months after the events of the first game and have a whole month to themselves.

With the extra time, they decide to go on a camping trip together, using a phone app called EMMA to help them organise themselves (basically the equivalent of Amazon Alexa or Google Home). However, when buying the necessary tools from Shibuya they get pulled back into the Metaverse and discover a jail within Tokyo. 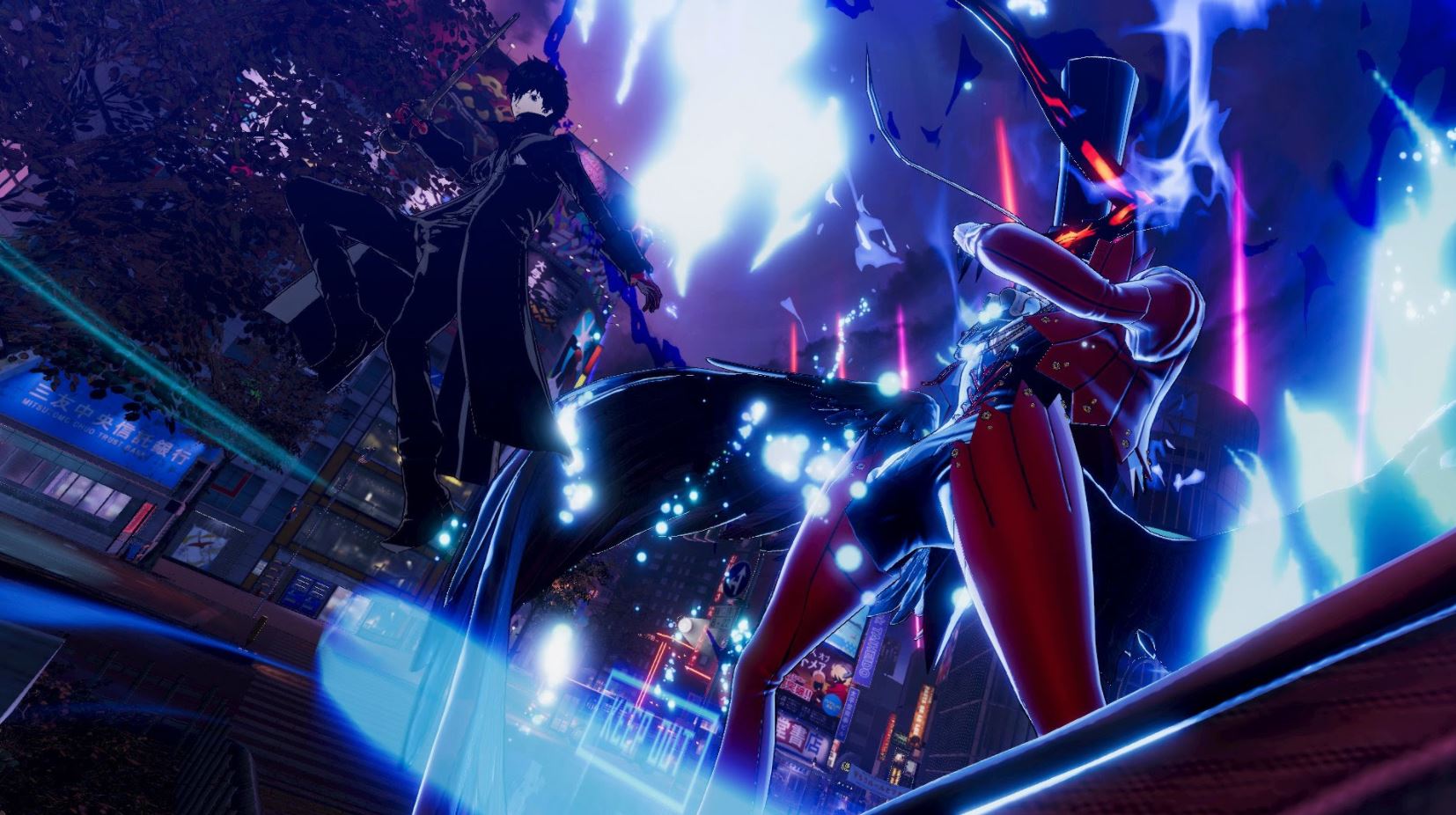 The gang then spend time figuring out why they have suddenly found themselves back in the Metaverse, what is causing them to be pulled in, and try to stop the evil forces at work.

So far the story closely follows the flow and format of what you saw in the previous Persona 5 games and I am intrigued to see where it goes as there are some differences to the Metaverse and world in Strikers that I can’t wait to see explored more.

Persona 5 Strikers’ biggest changes come from the shift away from JRPG gameplay to the Musou action of titles like Dynasty Warriors. However, whilst those games are more about constantly fighting enemies, Strikers borrows more from Persona 5’s original experience than I originally thought. In fact, it is so faithful to the original Persona experience that Strikers bridges the gap and redefines what a Musou game can be.

Features like stealth, ambushing enemies, checkpoints within jails, even switching between Personas and keeping track of weaknesses to specific enemies are all here and really make the combat far more complex than it seems at first glance. 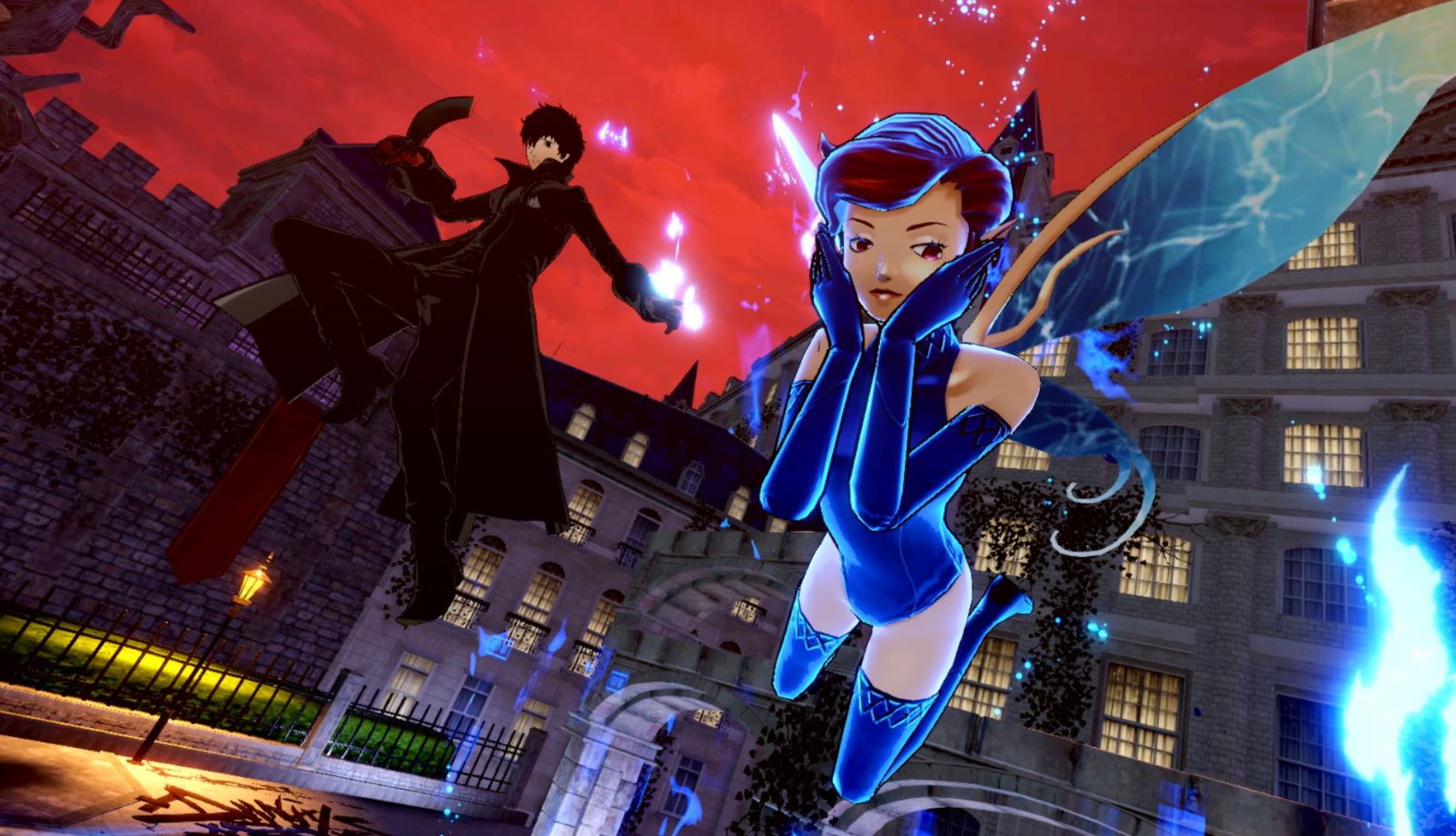 Instead of just fighting waves and waves of enemies, the combat sections of the game all take place within these Jails and will begin when you ambush an enemy, or if they hit you first. This will then cause the patrolling Shadows to despawn and spawn in dozens, sometimes hundreds of enemies to fight.

Then, once the combat is done the shadows respawn and begin patrolling again, all for you to rinse and repeat. Ultimately, this is the same flow as Persona 5, with treasure chests and items scattered around for you to explore within these Jails and even puzzles to solve.

Whilst I have to commend Omega Force for being incredibly faithful to the original Persona 5 experience I am not quite sure if these features clash with the action focus and gameplay of this entry. I need to continue playing to see if they work better as I get deeper into the game, but right now I just want to fight, fight and fight some more.

But, the game constantly pulling me back out of that combat in order to have me stealth around or solve a puzzle feels like two conflicting forces pushing against each other. 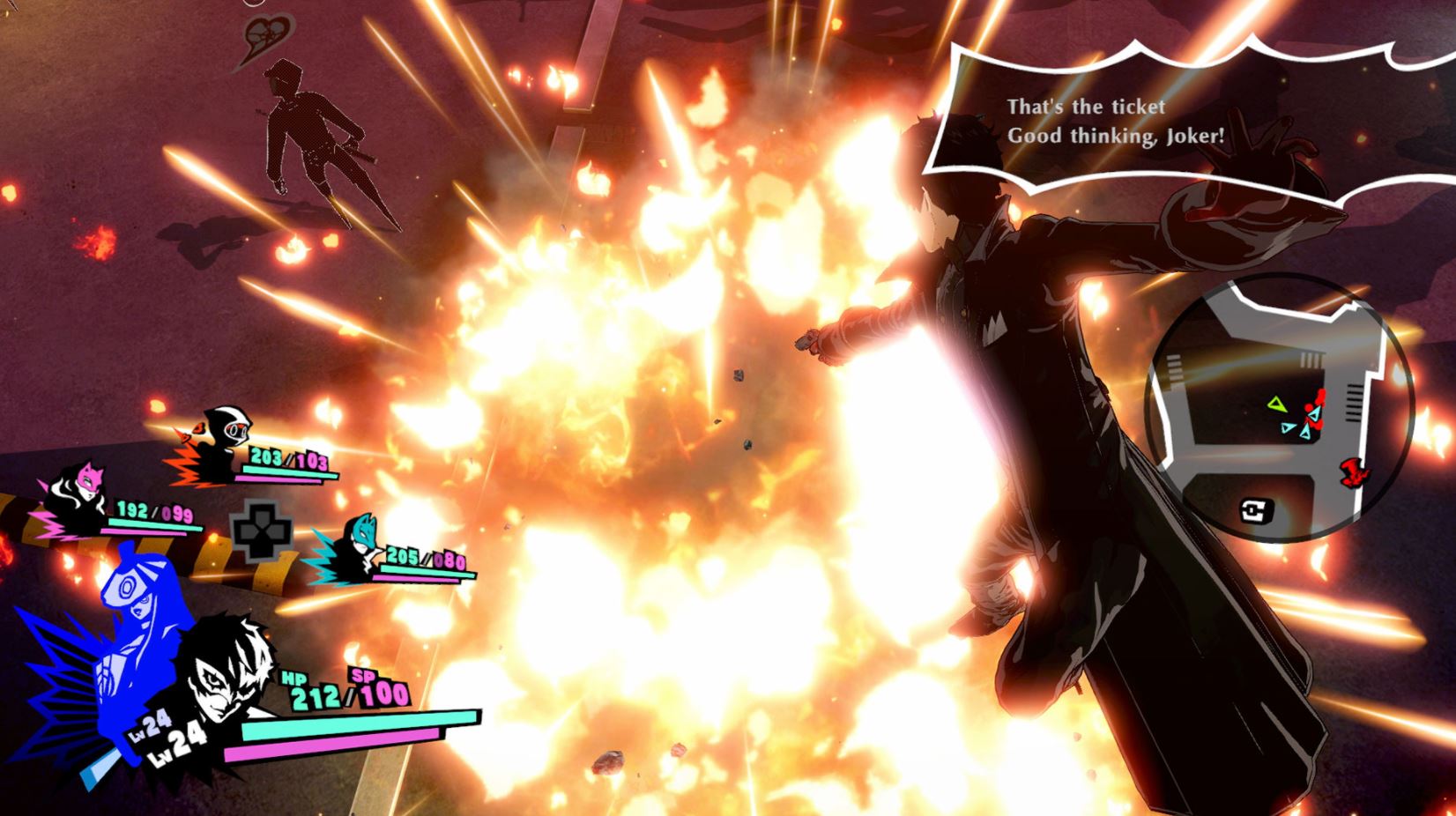 However, I will say that if you look at each of these parts on its own the game is thoroughly engaging and enjoyable. The Jail exploring is virtually identical to the Palace exploring in Persona 5 and just as good here.

Meanwhile, combat is a whole load of fun. You are able to control each of the Phantom Thieves, who all play differently and have their full arsenal of weapons and gear, including the melee options and guns. You can then perform Baton Passes to the other three members of your party which you can swap in and out, boosting damage as they attack and landing powerful hits against tough, spongy bosses.

This all retains Atlus‘ iconic Persona 5 style and this is then exemplified by the return of all-out attacks and the implementation of Showtime attacks, which are flashy and powerful ways of dealing a truckload of damage to enemies.

As mentioned above, Personas return and you can switch between them as Joker, with the game pausing as you pull up the menu allowing you to think over what to do and which skills to use against which enemies. 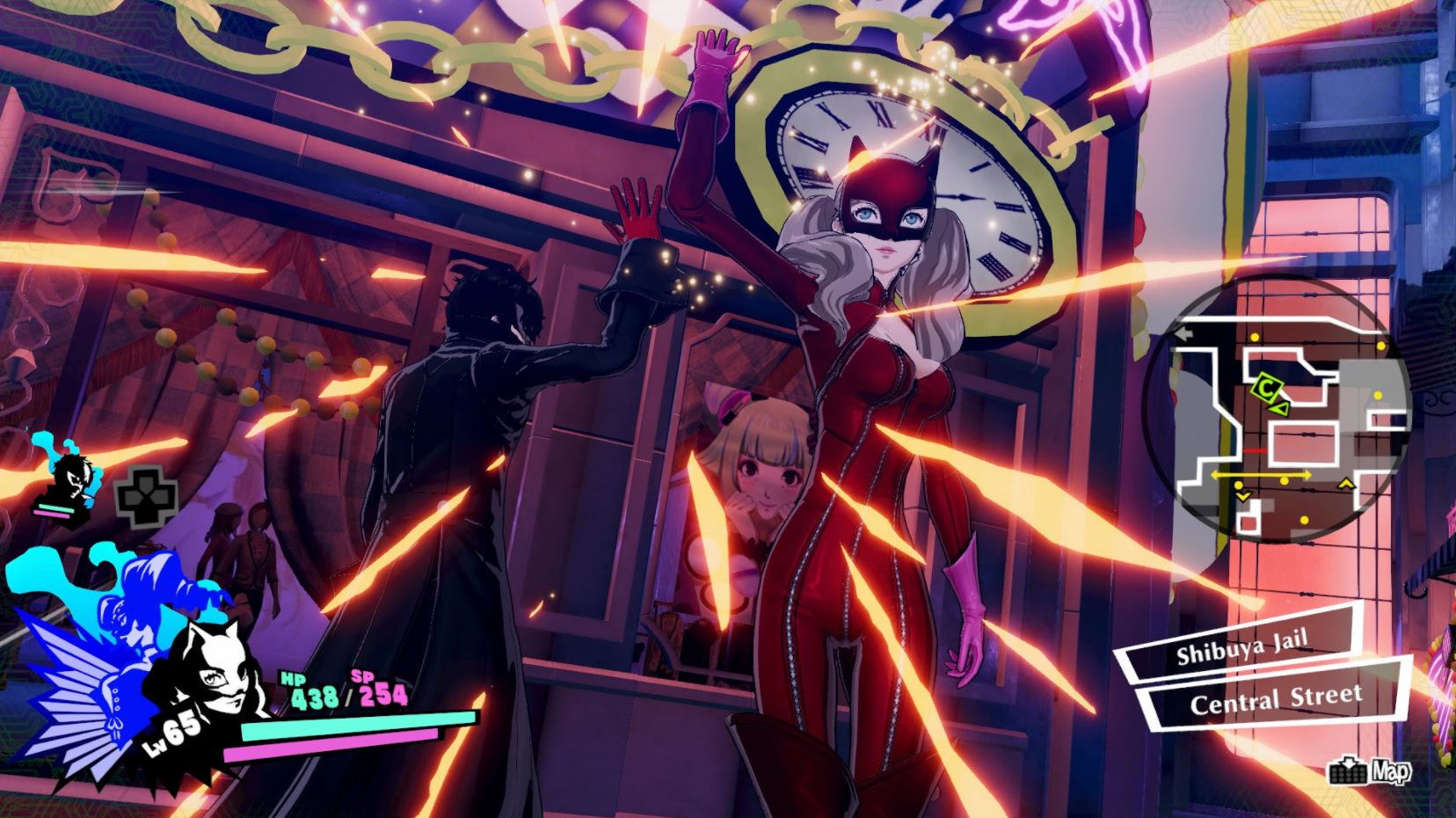 All of this combines to create a thrilling combat experience and when you are able to slice through piles and piles of enemies smoothly without any issues, you are left with an incredibly satisfying feeling of thrill that adds a fresh spin on Persona’s world.

I still have a lot left to discover in Persona 5 Strikers but right now I am quite positive on the whole experience. Gameplay and exploring Jails to find treasure chests and items works well and is on par with the experience offered in the original games. The entire voice cast also returns and does incredible work as always. It really does feel like a school reunion whenever a new game releases and I get to hear everyone interacting with each other again.

I am intrigued to discover the new twists thrown into the world of the Phantom Thieves and also discover more changes and new features Omega Force have implemented into the game, such as the environmental traps you can trigger to deal damage or stun enemies.

Persona 5 Strikers is looking to be a worthy spinoff that captures the spirit and essence of the games and is able to translate them into a new genre, offering a completely new experience. Stay tuned for our full review next month!