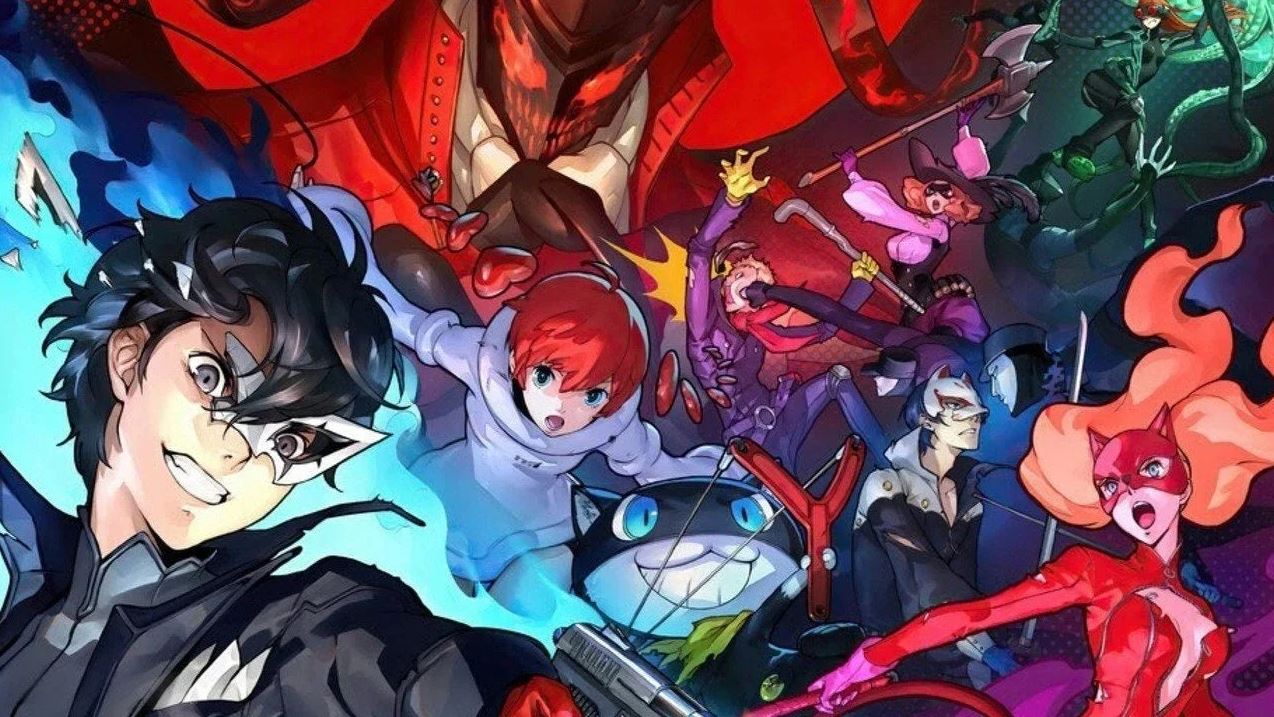 Persona 5 Strikers PS4 Review – It’s hard to deny the level of style and intrigue put into every inch of any Persona game. No matter what they try to make, Atlus always finds a way to make its games unique and a blast to play. They’ve put the worlds of Persona into rhythm games and fighting games, and now Omega Force brings the world of Persona 5 to the musuo formula with Persona 5 Strikers. Thankfully, by doing so, the Persona heart is still very much alive and kicking.

A Vacation To The Metaverse

A direct sequel to Persona 5, the gang comes home for the Summer and plans a vacation trip. As expected, the Phantom Thieves find themselves in the middle of another Metaverse scenario but with its own variation. Someone is stealing people’s “Desires,” with large chunks of the population acting completely outside the norm, doing things like confessing love for strangers or working themselves to the brink of death.

Upon learning that people’s Desires are being taken and held in Metaverse jails, which this mysterious someone is using to fuel their intentions, A phone app called Emma, which behaves like a highly advanced Alexa or Siri, is being used by these influencers to obtain people’s Desires and thus control the population.

The narrative formula is quite similar to what Persona 5 and Persona 5 Royal have to offer, but the Jails behave differently than the Palaces do. Even after defeating the final boss in a Jail, the Jail remains intact, and you can return to it later on. 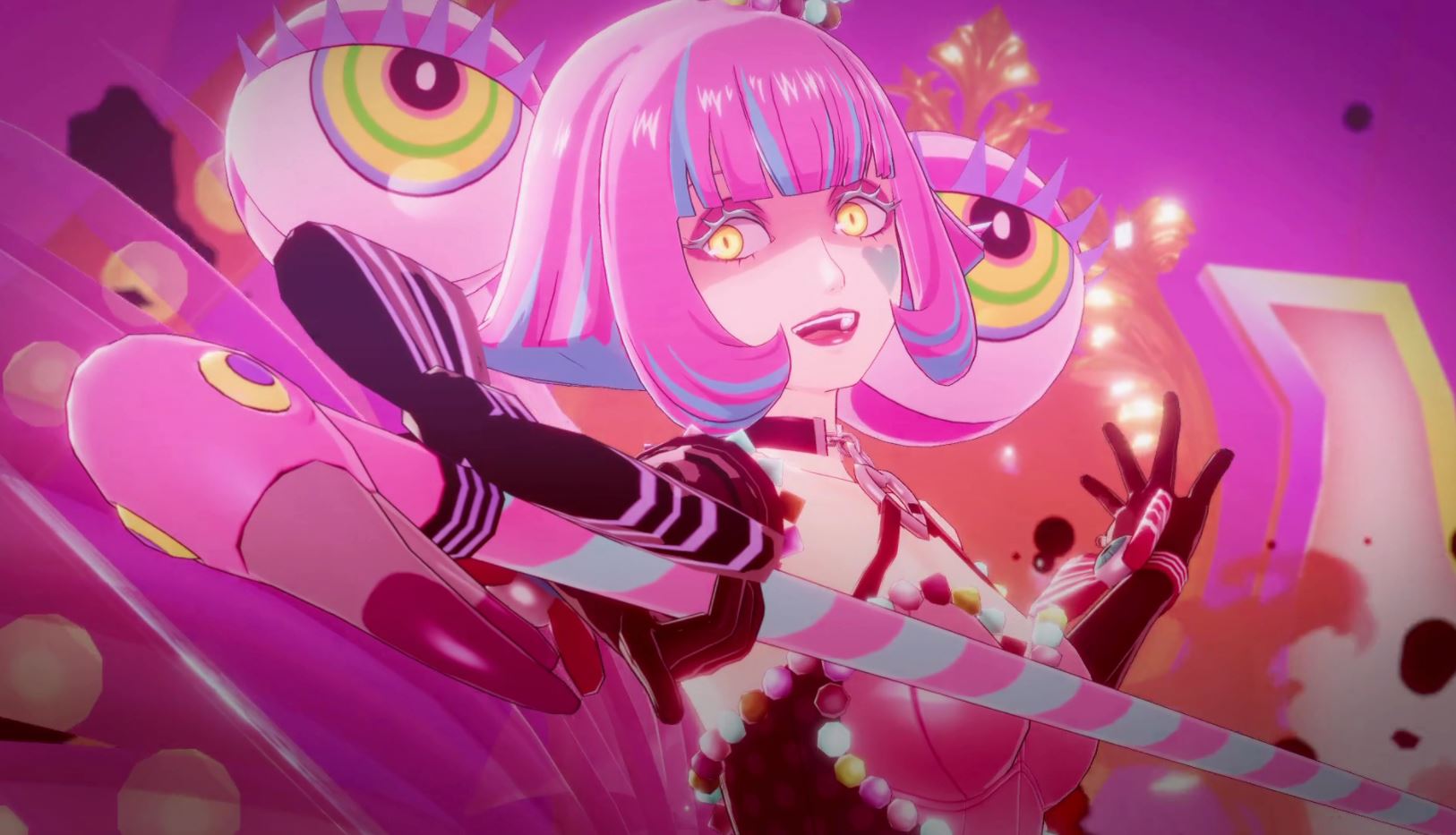 The newest character to join the group is Sophia, an AI entity that Joker meets while in the Metaverse. Sophia can’t remember who she is or what her purpose is, but she slowly learns more about herself after joining The Phantom Thieves. She becomes a big part of the story progression, often remembering something in the nick of time or doing the equivalent of a Google search to help find answers. She still gets the same kind of character treatment that all Persona characters get, though, so don’t expect her to be just a plot device.

The main antagonists get a certain level of backstory, but they end up being more of a reveal-all at or near the final encounter in each Jail. There’s a lot of build-up that takes place beforehand, so these encounters are more revealing rather than being filled with information that blindsides you.

The rhythm of the Jails shows its pace early, and that doesn’t change too much the entire time. All the same, the ending comes out as to be expected: engaging and enjoyable, but not overly surprising. 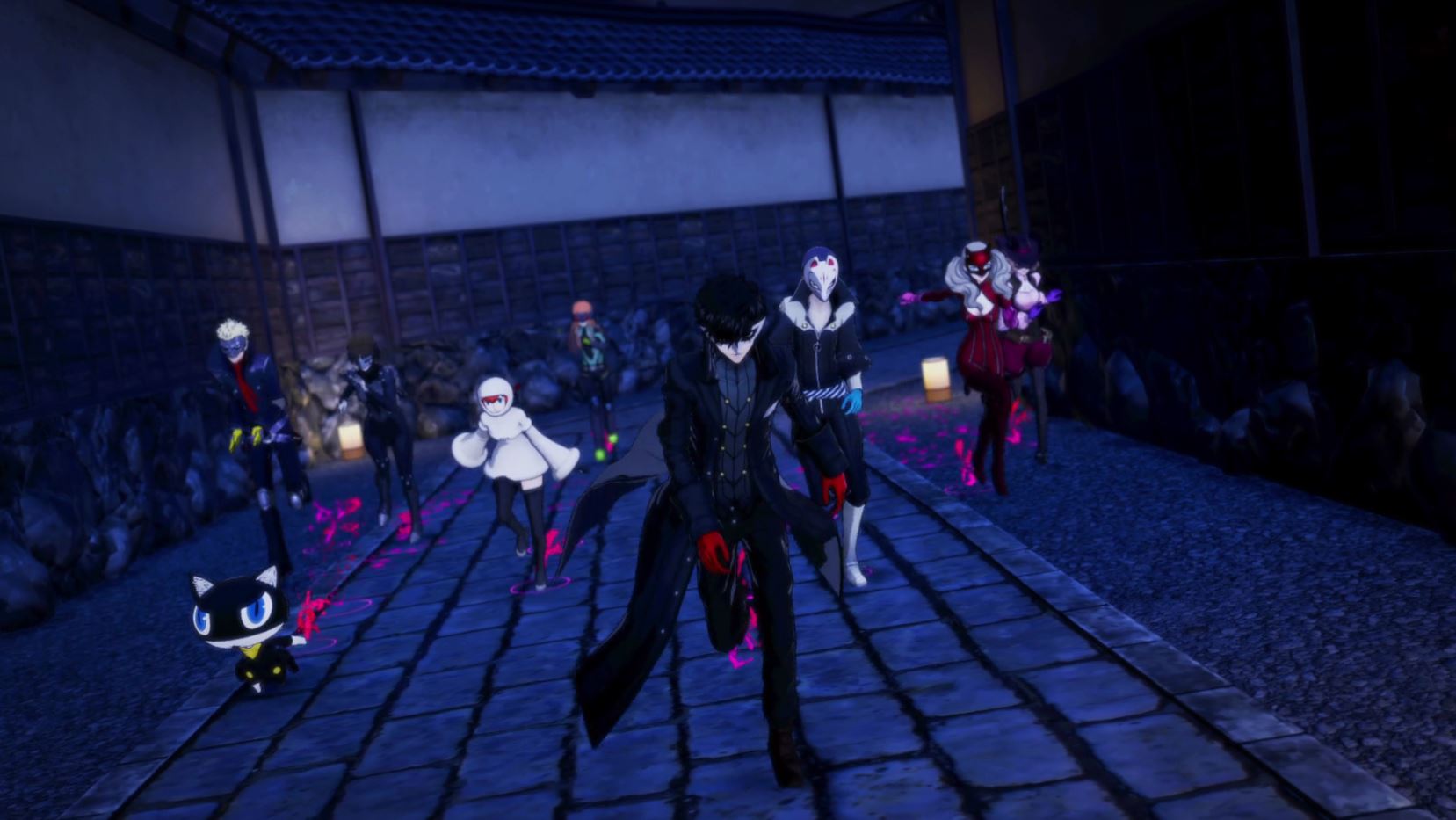 From Persona To Musou And Back Again

Apart from the moment-to-moment action, Strikers works essentially like its Persona 5 counterparts: defeat enemies using Persona abilities and physical attacks to exploit weaknesses and further explore dungeons. However, combat itself is vastly different. Combat sees you jumping across the field, mashing Square and Triangle, as you clear through waves of borderline mindless enemies. This is where the Musou-clone feeling hits, and it hits early.

Even with the flashy All-Star Attacks returning, swapping between Personas mid-combat is the coolest part about Strikers. Holding R1 pauses combat and brings up the skills that your Persona has available. Here, you can push left or right to swap equipped personas on the fly to maximize combat potential; and you can even use items and “Baton Pass” between playable characters. This acts as a means of accessing your Persona abilities as well as a way to pause the action and determine what you want to do next.

The first challenge that made me consider what I was doing with my characters came in the second boss battle. My Allies’ AI wasn’t enough to do all the work for me like in previous fights, so I started to explore my options and button prompts. Tutorials described a lot of these as I went, but apart from forced segments, I never needed to do more than mash Square and dodge with R2. Once I started manipulating the field, that’s when this simple action spinoff turned into a Persona game. 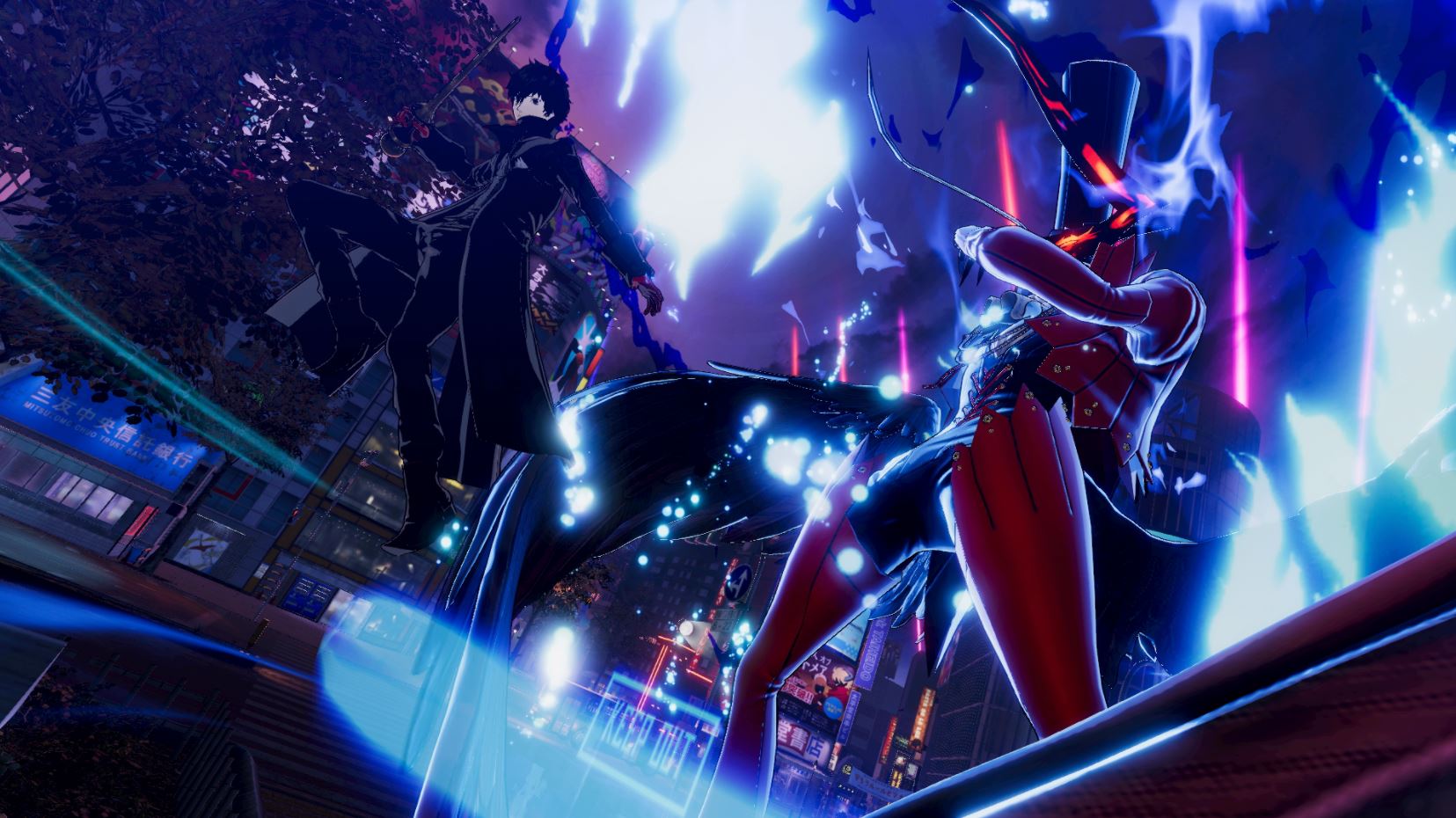 Personas play a big part in combat and development in Strikers. In theory, much of the preparation here is the same as it is in the previous Persona 5 games, by strengthening your Personas through levelling them up in combat in order to obtain new skills and stats.

This time around, you also earn Persona Points to apply to any of Joker’s Personas that you want. This means that you can use one for a long time, have it levelled through gameplay, and take the stockpiled Persona Points and put them into the new flashy Persona you picked up along the way.

Bonds have always been a part of Persona 5 and in Persona 5 Strikers they come in the form of specific points earned by spending time with each member of your team individually.

Persona 5 Strikers takes that process and streamlines it into a basic formula by having all major events build up the bond for the entire group. With each level, you gain points to level up benefits for the entire team, such as increased rewards or stronger Persona magic attacks. This further emphasizes the streamlined approach taken with Strikers, as you don’t have to worry nearly as much about levelling up and micromanaging each person individually. 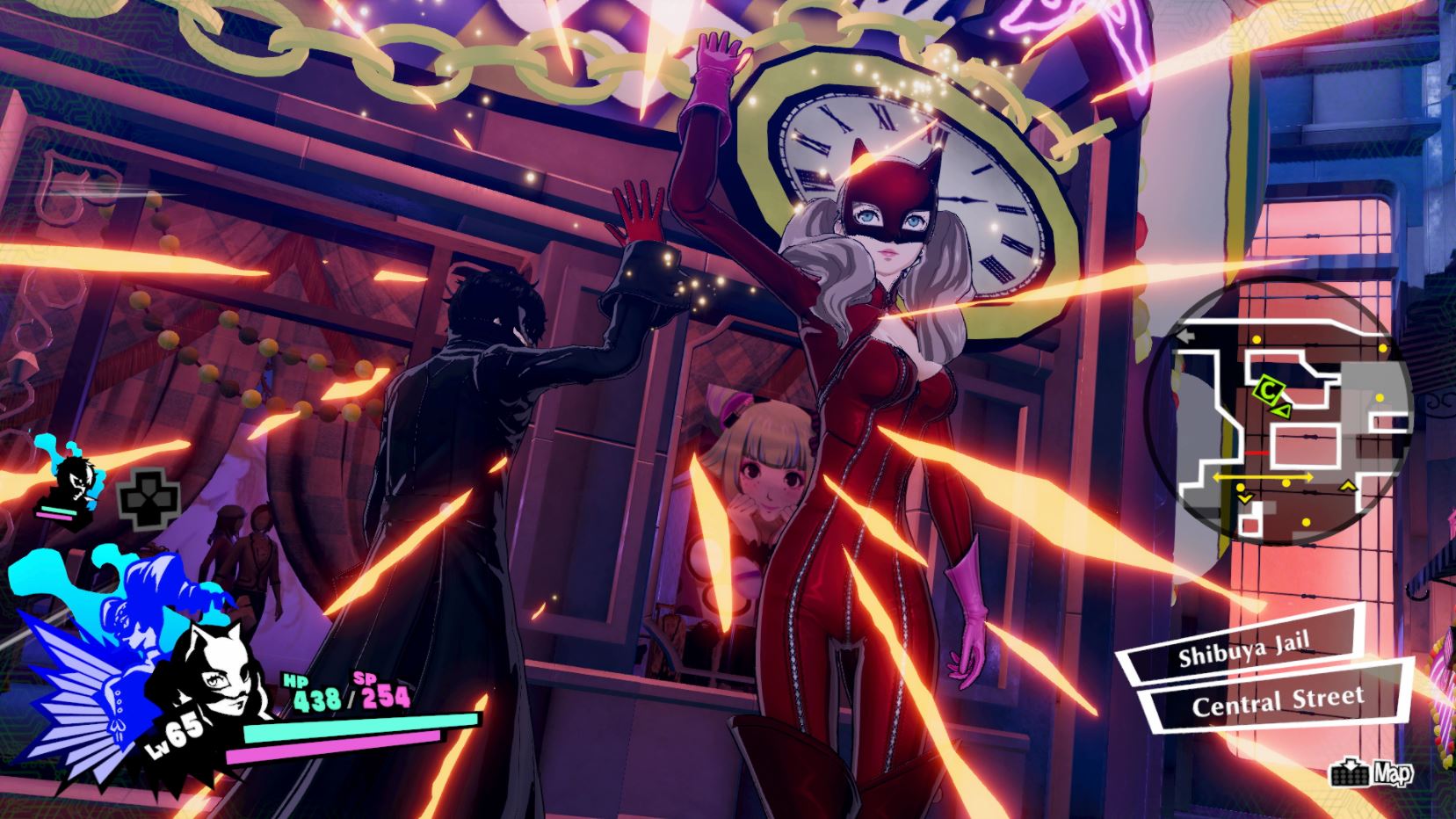 Persona 5 has a gorgeous stylized presentation that cannot be ignored. It can be a love-hate relationship for many, but I fell in love with it from the get-go. I use this preface to move into my next point: Visually, Strikers is Persona to the nth degree. I knew what to expect from previous games, but Strikers still took me a long time to acclimate to.

In Persona 5, I soaked in the style at every turn. In Strikers, I eventually tuned it out. The aesthetic is still gorgeous, but the fast pace of the game takes away from the appeal of that style simply because there are just so many fast-moving objects on the screen at one time, with flashy effects to go along with them.

A similar hindrance came from the soundtrack specific to Strikers, which features a handful of original tracks alongside remixes and rehashes of franchise favorites. The OG OST had me from the opening theme. Remixes are fine and all, but mixing wonderful songs is a lofty risk worth avoiding. As long as you have a save for Persona 5 or Persona 5 Golden on your console, you can toggle the Strikers OST for one of those. 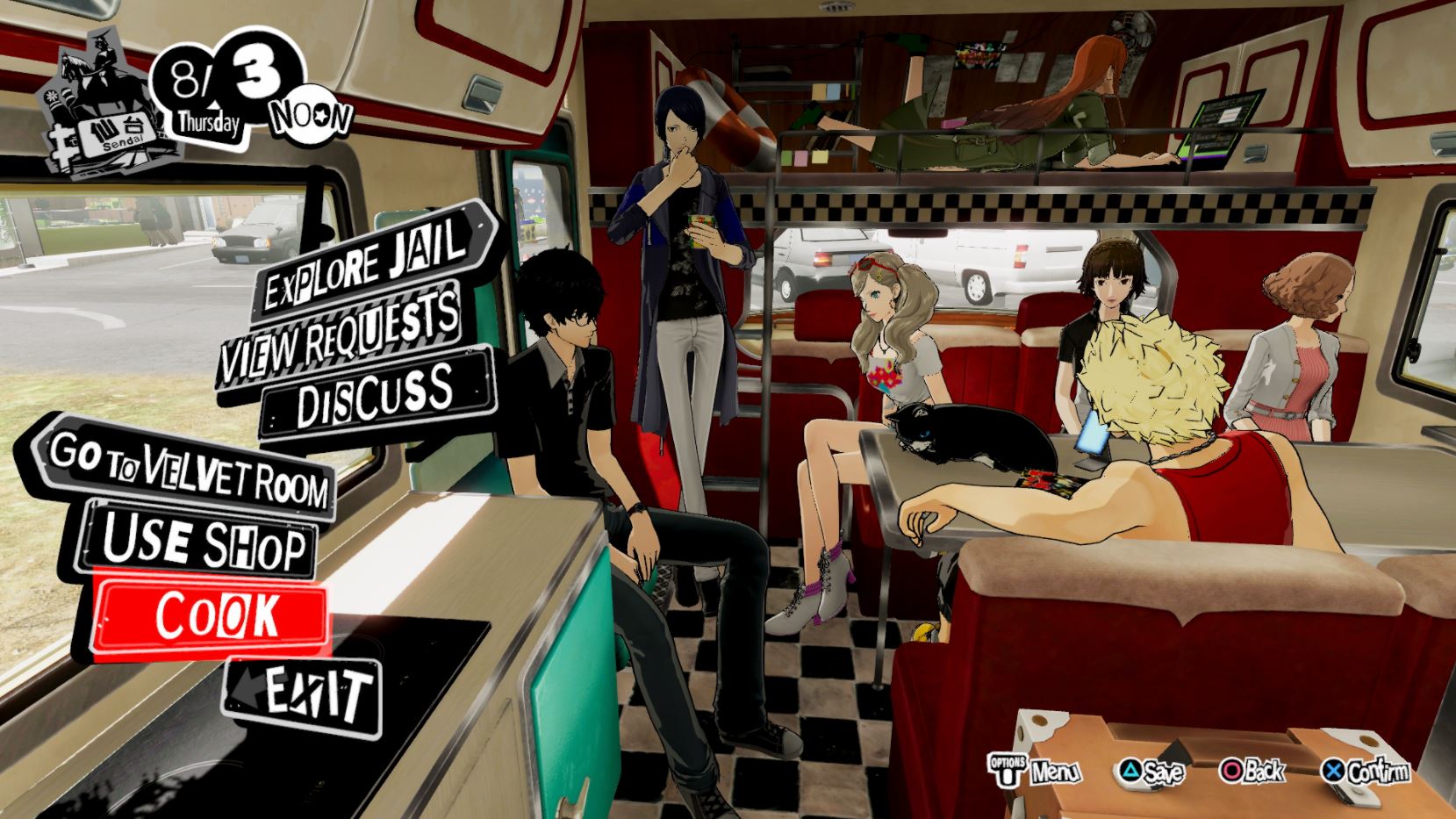 Atlus and Omega Force have continued Persona 5’s legacy into yet another genre with Persona 5 Strikers. Completing the game still takes about 40 hours, but this package serves as great fan service for long-time fans, as well as a great jumping-off point for those who are curious to check out what the franchise has to offer.

Not everything works as well in Strikers as they do in the mainstay RPG entries, but this combination puts a fresh coat of paint on an established concept, even if it’s not quite as polished as the source material.

Persona 5 Strikers takes what's special about the Persona franchise and meshes it with what makes the musuo genre special. Despite some hiccups, Persona 5 Strikers offers up something special: It's equally accessible to newcomers as well as established fans, showcasing all the style of the franchise in all its glory.