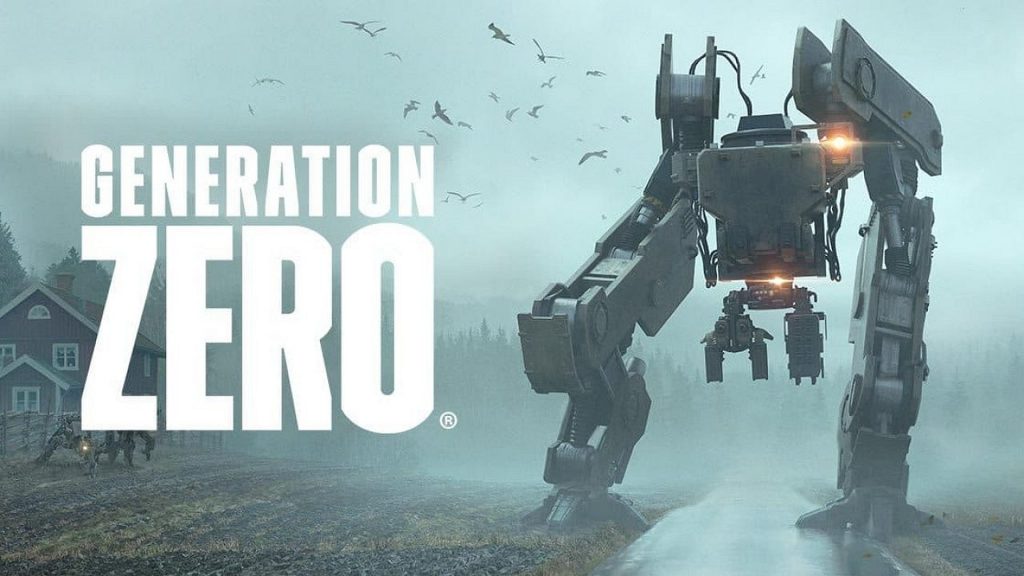 How much responsibility does a videogame maker have to the gaming public? Should a game designer alter their original vision to please the masses? Does someone producing a mass market product have the duty to try to produce something that a majority of people enjoy? Is there value in creating a product that strictly adheres to the creators muse, regardless of how the public perceives it?

I’ve been pondering these questions a lot lately in the aftermath of the release of Generation Zero, Avalanche Games’ new Swedish robot shooter. Since its release Tuesday, March 26, Generation Zero has already endured an unusually harsh critical drubbing, and the outlook for the game is a little grim. This, my friends, is a damn shame.

For the uninitiated, Generation Zero is a four-player co-op shooter that has players creeping around in rural Sweden in an alternate version of the 1980s. The countryside has been overrun by killer robots, and players have to move from point to point looking for an explanation to where the populace has disappeared to, while either avoiding or battling homicidal robots. The game is hard as shit, and doesn’t mind kicking your teeth down your throat on a regular basis.

The AI on the robots is tuned to an extreme. These are nightmare-level murder-bots. They can detect sneaking players from across a field, summoning more robot buddies as they sprint towards you, intent on separating your extremities from your torso. The effect is kinda terrifying.

In his 4/10 review on IGN, reviewer Mike Epstein acknowledged that when it is running on all cylinders, Generation Zero can be incredibly effective. “The perfect Generation Zero moment comes before a fight, when you’re trekking through the woods looking for robots but also dreading the prospect of finding them. There’s a sense of urgency that draws your attention sharply the second there’s even a chance you might have to fight a robot. You forget about your objective or whatever your friend was just talking about to focus wholly on survival.”

In the interest of transparency, I should mention that I am not reviewing Generation Zero for PSU.com. I have spent a few hours running around the game in single player, and a couple more hours playing multiplayer with a buddy. If my opinion matters at all in terms of this article, I’ve enjoyed my time with Gen Zero, while acknowledging that it has something of a bug problem.

But in many ways, Generation Zero impressed the hell out of me. I dig it. The world that Generation Zero presents is so different from anything else I’ve ever seen in gaming, I’m awestruck with the audacity of the team that produced it. 1980s Sweden? Really? Who the hell does that? (Swedish people, that’s who).

What I didn’t expect going into this game was just how beautiful the environments would be. Generation Zero is an extremely nice looking game. During my first session, I was on a stream with another PSU editor, and I think I drove him a little nuts rambling on about the beauty of the skybox, the incredibly realistic weather effects, and the way that dead leaves blow out of the trees when the wind kicks in. We were playing a game about killer robots, and I was hypnotized by lightning flashing behind clouds. Sure, the buildings all look the same inside, but the woods are spectacular.

The atmosphere in Generation Zero is second to none, whether you enjoy the actual mechanics of the game or not. Sneaking through the abandoned towns of Gen Zero feels has the same eerie isolated resonance as games like Everybody’s Gone to the Rapture. This world was abandoned recently, and its inhabitants left the lights on. There is a crispness to Generation Zero, making it feel like a walk through a quiet forest. With killer robots.

The point I’m driving at is that Generation Zero is an extremely unusual game. The team making Generation Zero knew exactly what is was creating. The robots are savage on purpose. The world is weird on purpose. The inventory is clunky, the shooting is difficult, the woods are barren, all on purpose. This is the game that Avalanche set out to make. How do I know? Because Avalanche knows how to make games. This is the company, after all, that makes Just Cause games. Avalanche made Mad Max, and that game is awesome.

In a recent post on the PlayStation Blog, Emil Kraftling (Game Director, Avalanche Studios) wrote “What we’ve always come back to during development was that feeling of working on a project fueled by passion. As Mark Twain allegedly stated: “Write what you know.” Featuring something so close to our hearts, and feeding on memories and nostalgia, I have always felt that we can deliver something that will feel authentic, even to people who didn’t grow up in Sweden in the 1980s.”

In an interview with wccftech.com, Kraftling expanded upon the idea that the game delivers exactly what the team wanted. “The game is really a labor of love for the team. Our memories have had an impact on everything from the look of the environment, the types of player apparel, the naming of people and locations and aspects of the background story. From a gameplay perspective, we see Generation Zero as “guerilla survival”, where you and your friends are not surviving against the elements, thirst or hunger, but against these strange machines. We want you to feel like an underdog, but then also provide you the tools, tactics, and environments to still gain the upper hand in any given situation, by use of stealth, cunning or your combat skills. And should all fail, we want you to feel like escape is a valid tactic. Living is winning, and you can always come back and finish the job later.”

So the team at Avalanche created this game that they clearly loved, and so far, it has failed to resonate with critics. Currently, the PC build of Generation Zero holds an aggregate score of 49 on Metacritic.com. “Please do not buy this game,” writes Destructoid’s Patrick Hancock. But he also acknowledges the potential of Generation Zero. “I look forward to a potential 2.0 release, because I really want the game that was intended to come to fruition.”

Every criticism of the game I’ve read is couched in some sort of optimism that the game might improve over time. “I’m being rough on Generation Zero, and almost feel bad. It has so much potential, and is close to being an decent game. I want to love it, and maybe one day I could,” writes Emily Richardson of rockpapershotgun.com.

Kraftling and Avalanche have stated in multiple interviews that they consider Generation Zero to be a “living game”, one that they will continue to tinker with, adding content and refining the mechanics. I hope that the reception the game has received does not discourage them from doing so, as gaming needs weird, funky games like Generation Zero.

The game Avalanche has delivered is not Left 4 Dead, nor is it Strange Brigade, nor anything akin to a military squad shooter. Generation Zero is its own unique and original creation – something we rarely see in games – and that could by why the gaming press and gamers in general are giving it the side-eye. The team at Avalanche went out on a limb to create something unusual – and though it is not resonating immediately, that doesn’t mean that it couldn’t catch on over time.

Is Avalanche under any obligation to smooth the rough edges of Generation Zero to bring it more inline with some of these other mainstays, making it more palatable to mainstream gamers? Sure, they should fix bugs and stop the robots from shooting through walls, but should they rebalance the combat, scale the difficulty depending on the number of players, or make the ammo inventory system any easier to manage? Should they change the game so players aren’t as terrified of the robots?

Avalanche is going to be walking a tightrope with this game. The company wants to sell copies, of course. And if games like No Man’s Sky taught us anything, it taught us that a heavily maligned game can recover its audience and the general goodwill of gamers if the dev team just battens down the hatches and plows ahead. Generation Zero is not starting from nearly the deficit of favor as say, Fallout 76 (which seems to be well into its recovery cycle, thank you very much). But the question is, can Avalanche make improvements to Generation Zero and still maintain the kinda awesome mood and feel that the game has now?

As Avalanche makes moves to make the game less prickly, are they going to be doing so begrudgingly? Have they created exactly what they wanted, now being forced have to let the judgement of the marketplace slowly morph their work of art into something less representative of their vision?

I hope not. I hope that whatever changes Avalanche makes to Generation Zero, those changes are in line with the weird aesthetic that the game launched with. Because if there is anything that almost every reviewer agrees with (despite the deconstruction of the current condition of the game), its that Generation Zero has the potential to be a great game. And if it has that potential, isn’t Generation Zero a little great already?