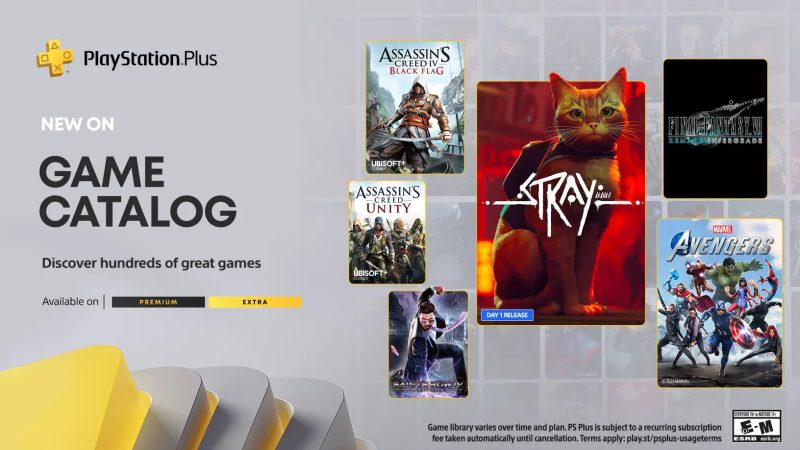 The games being added to the PlayStation Plus Premium and PlayStation Plus Extra catalogs for July 2022 have been revealed, and it seems that previous rumours were mostly right, and fortunately they were also wrong.

Fortunately because previous rumours seemed to indicate that there wouldn’t be any retro games coming, though that’s thankfully not the case.

There are also games listed that didn’t leak, which is always good to see something come as a surprise.

Some notable additions for the month are of course Stray, which will launch as available for PS Plus Extra and PS Plus Premium subscribers.

As far as the retro games are concerned, there are only two additions for this month, and both of them are PSP games, with LocoRoco Midnight Carnival and No Heroes Allowed being added for PS Plus Premium subscribers.

You can check out the full list of everything coming this month, available starting July 19, 2022, here.