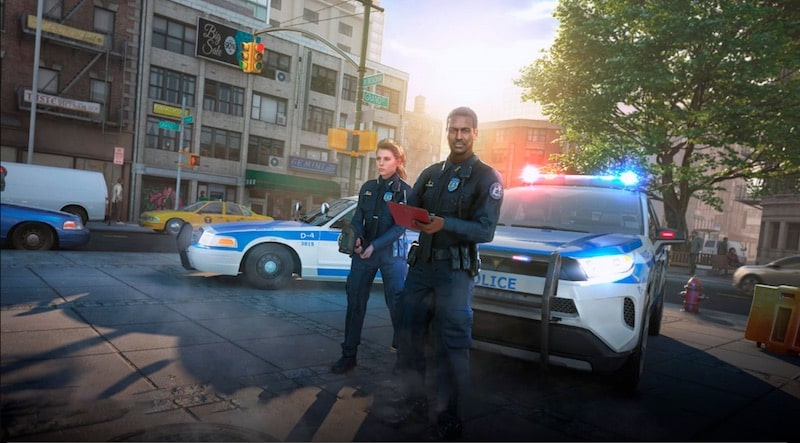 Aesir Interactive has announced that Police Simulator: Patrol Officers will launch for PS5, PS4, Xbox Series X/S, and Xbox One, with the Steam version leaving Early Access around the same time. A release date has yet to be announced.

Police Simulator: Patrol Officers offers places the chance to slip into one of eight playable characters, starting off as a rookie cop in the East Coast city of Brighton, eventually graduating from traffic rules to investigating major incidents. You’ll be tasked with arresting suspects related to theft, bodily harm, property damage, and drug dealing, unlocking new police cars and new areas of the city to explore.

As an officer, you will not only be tasked with upholding the law, but also setting and example for themselves and to others. As such, you must carefully consider your actions while on patrol in regards to apprehending, questioning, and arresting suspects. Unlawful behaviour will cost you conduct points, which may eventually lead to suspension.

Police Simulator: Patrol Officers is coming to PS5, PS4, Xbox Series X/S, and Xbox One, but a concrete release date has yet to be announced.