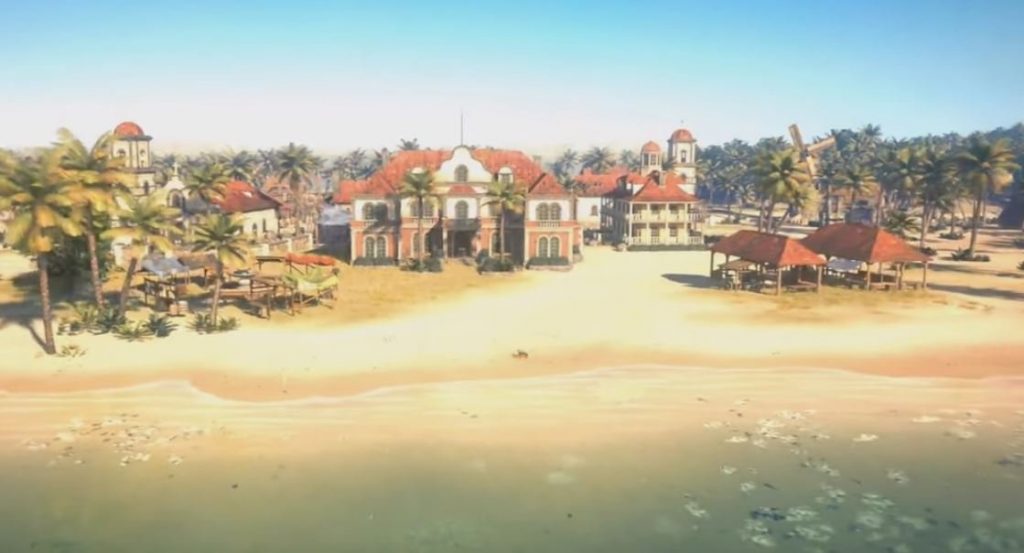 Gamescom 2019‘s pre-show event just unwrapped an official reveal trailer for Port Royale 4, with the upcoming pirate simulator coming to PlayStation 4, PC, and Xbox One in 2020. The latest chapter in the long-running franchise, developed by Gaming Minds Studios, has been a long time coming; Port Royale 3 was released way back in 2012 for PS3 and Xbox 360.

Check out the debut trailer for Port Royale 4, and go and grab a rum and have a bit of a sea shanty while you’re at it, just to get in the mood.

At this early stage there’s almost nothing to go right now, although the trailer clearly has a lot going for it in the atmosphere department. There’s sea shanty’s, plundering, ship battles, barrels of rum (of course), and a whole island settlement to cobble together.

For those out of the loop, Port Royale first released for the PC back in June 2003 was developed by Ascaron Entertainment. The game takes place in the Caribbean during the 16th and 17th centuries, and combines business economic simulation with real-time battles. From the look of the trailer for Port Royale 4, this latest entry looks set to continue that trend, which is presumably a good thing.