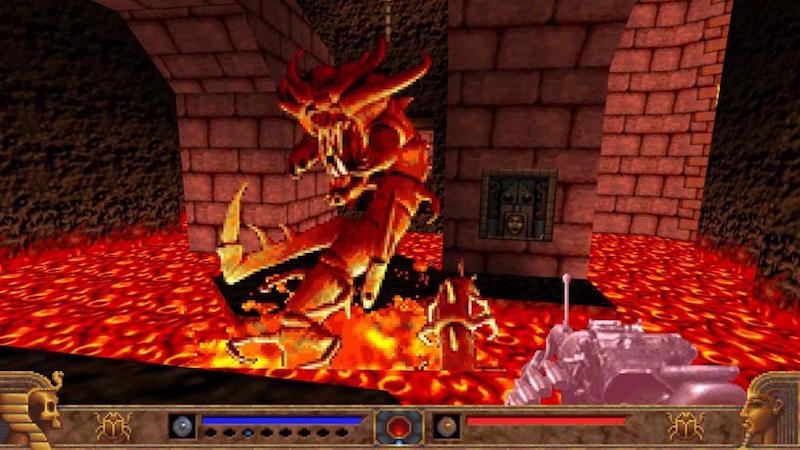 Nightdive Studios has announce that PowerSlave: Exhumed, a remaster of the classic horror title from the 90s, is coming to PS4, PC, Nintendo Switch, and Xbox One on February 10, 2022.

PowerSlave: Exhumed combines the PlayStation and Sega Saturn versions of the first-person shooter, and is powered by the KEX Engine. The game takes place the ancient Egyptian city of Karnak, where alien forces have sealed off the community and stopped all contact from the outside.

The game offers over 20 hours as you battle through the Egyptian city and the Tomb of the Pharaoh Ramses, armed with a host of weapons from a machete, flame thrower, to hand grenades and M-60 machine gun. The remaster also boasts dynamic lighting effects, and the real-time 3D gameplay allows you to seamlessly transition between floors in a single level.

PowerSlave: Exhumed is out on February 10 for PS4, PC, and Xbox One.