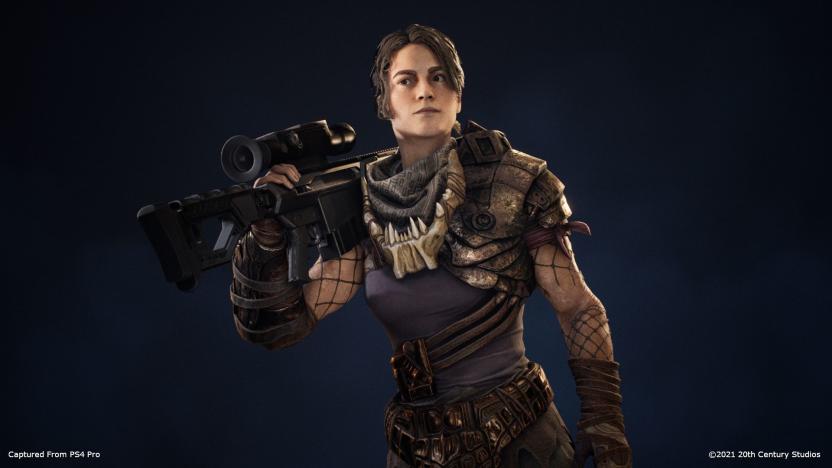 Developer Illfonic has announced that the latest Predator Hunting Grounds DLC will add a new character in the shape of Isabelle, an elite sniper who previously appeared in 2010’s Predators.

Isabelle is voiced by Alice Braga and has more confirmed Predator kills than anyone else besides Dutch, and is armed with specialisations including sniper, pushdown, scavenger and more. Izzy, as she’s affectionally known as, is a heavy hitter but is best paid with a medic to keep her health topped up.

The DLC will give players early access to the Ultimate Sniper Rifle, the NRV-E, although everyone will be able to unlock it in-game in August 2021. It’s armed with Pred Shells that explode on contact, and you’ll inflict more damage if you have a steady hand, and the splash damage from a distance is equally impressive.

In addition to the new character, the latest Predators Hunting Grounds DLC also adds a new location in the shape of the Headquarters map.

Headquarters brings the total number of playable environments to six, and is described as the “most complex, spacious, and difficult map yet.” It takes the form of a jungle-based military base established by the Stargazer fleet, and features multiple bases, facility structures, and cabanas.

The latest Predator Hunting Grounds DLC is now available to purchase. You can read more about the new map on the PlayStation Blog.