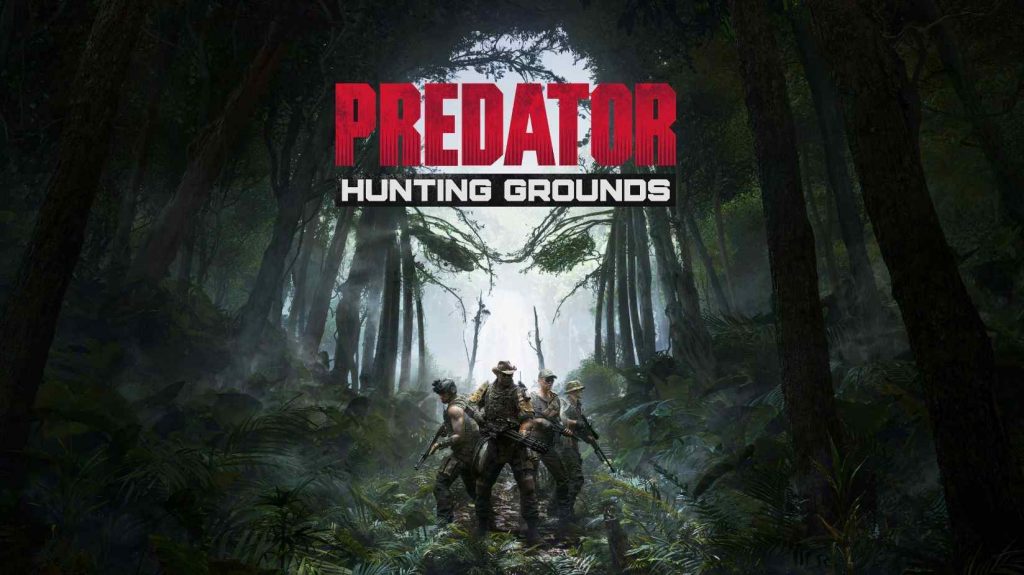 If it bleeds we can kill it, rather easily actually. Predator: Hunting Grounds is a game with a ton of charm and a lot of potential. It succeeds the most in how faithful it is to the source material, but the experience right now is frustrating due to balancing issues and janky gameplay mechanics.

The Hunt Is On

Predator: Hunting Grounds is an asymmetrical multiplayer game. Each match takes place in remote jungle locations, which serve as a parkour and stealth playground for The Predator and a mission location for the unaware prey that is the fireteam.

Playing as a soldier in the fireteam will see you complete fairly menial tasks as part of a larger mission structure. However, this is entirely designed as a means to attract the Predator to your location. That’s where the real fight begins, or so it should.

As a member of the fireteam, it feels like subverting the Predator and winning the round is more straight forward than it should be. If you remain as a unit and the fireteam sticks together, you can easily frustrate the Predator and down it, capture its body, or get extracted.

The enemy AI doesn’t offer much help. They just sort of stand there waiting to be killed. Their movement is janky, and I’m yet to see a player be downed by one. Lacking the ability to even flank, they feel outdated, especially when compared to other multiplayer games with AI from this current generation.

The gunplay feels very heavy and slow to respond when playing as a soldier. The weighted feel might be intentional, but when combined with the janky AI, it feels frustrating and tedious to play.

However, in stark comparison, controlling the Predator feels great. Running across branches and sliding down trees by simply pressing forward on the analogue stick feels smooth and responsive. Using the callout wheel to mimic the soldier’s own callouts, or even let out a roar, makes playing as the Predator a lot of fun.

When playing as this murderous foe, you’re tasked with hunting the fireteam and collecting their spines and skulls as trophies. Whether you want to go for a long or short glory kill, after you’ve downed them, is entirely up to you. Although I’d recommend not hanging around for too long, unless they’re the last surviving soldier otherwise you’ll take a chunk of damage from the remaining fireteam members.

Even if you successfully eliminate most of the fireteam, it is fairly simple and quick for them to call for reinforcements and bring players back into the game.

You have an array of weapons at your disposal when playing as the Predator. All of the familiar weapons from the franchise are available via a steady chain of unlockables that you earn as you level up and progress. I am particularly excited to get my hands on the smart disc as I continue to level up, as I want to see what impact these weapons will have on the overall gameplay.

The Predators primary weapon, the shoulder cannon, seems somewhat ineffective unless charged up. Using it will also give away your position, so I’ve often used it to do some minor damage, before fleeing.

This makes for a climactic moment where the fireteam can run out of the blast radius, or someone can attempt to disarm it. All the while the Predator laughs maniacally just as you’ll remember from the films.

Charm And Potential, But Lacklustre Customisation

Predator: Hunting Grounds does have a lot of charm in it’s faithfulness to the source material. And, it is exactly what I expected from Illfonic, who did exactly the same for the Friday The 13th game. It has plenty of callbacks, such as the famous arm wrestle/flex scene with Arnold Schwarzenegger and Carl Weathers.

The sound effects and score are taken right from the source material. When you activate the invisibility cloak or thermal vision as the predator, you can expect to hear the sounds from the original 1987 Predator film. You can slather your fireteam soldier in mud to obscure the Predators heat vision, or even use “get to the chopper” as a callout.

If you take damage as the Predator then the luminous green blood from your wounds will make you more visible to the fireteam. Make no mistake, a lot of care has gone into this aspect of the game.

The overall presentation is true to the aesthetic of the original Predator film. However, whilst it succeeds in capturing the feel of the 1987 sci-fi horror classic with its jungle settings, it also looks dated from a technological standpoint.

When it comes to customisation Predator: Hunting Grounds is somewhat lacking. There are genders, classes, perks, and cosmetics for both the fireteam and the Predator. The perks offer slight advantages that are worth applying.

The classes offer different attributes, strengths and weaknesses for both the Predator and the fireteam. These classes should assist in creating a more diverse team composition of the fireteam, but it doesn’t feel necessary with the game in its current state.

For the most part, the cosmetics aren’t all that interesting. My favourite skin, the 1987 Jungle Predator from the original movie, is locked behind a pre-order bonus. I’m more interested in spending my Veritanium on a cosmetic for the Predator than I am for my fireteam soldier, which is earned by just playing the game.

Get To The Chopper

Predator: Hunting Grounds does have a lot of unfulfilled potential, with the substantial source material they could draw inspiration from, such as City Hunter Predator and Ahab Predator. And, with the game being a live service, I hope that we will see improvements to the gameplay over its lifespan, including a much-needed balancing patch.

Playing as the Yautja itself is the highlight in my experience. It’s clear to me that the creators are fans of the franchise, as the adoration for the Predator series is very apparent. Predator: Hunting Grounds in its current state is flawed, and it’s not a great example of the asymmetric multiplayer sub-genre, but it’s not without some redeeming qualities either.

Predator: Hunting Grounds has a lot of charm and respects the source material. However, it is a flawed experience, and can be frustrating to play at times. Regardless of those flaws, I can still see myself returning especially to play as the Predator.