Kickstarter has provided some much-needed fuel for a few games already. For example, Liege, Soul Saga, and Project Phoenix have all met success on the popular crowd-sourcing service, and all will launch on PlayStation systems in addition to Windows and Macs, Androids and iThings.

An ambitious new game has started a Kickstarter campaign, from Warhorse Studios all the way in Prague, Czech Republic. Warhorse describes the game as a “realistic single-player RPG set in the (sic) medieval Europe,” and an “open-world sandbox with period accurate melee combat. Dungeons & no Dragons.” The first paragraph reads:

“A humble, young blacksmith loses everything to war. As he tries to fulfill the dying wish of his father, Fate drags him into the thick of a conspiracy to save a kidnapped king and stop a bloody conflict. You will wander the world, fighting as a knight, lurking in the shadows as a rogue, or using the bard’s charm to persuade people to your cause. You will dive deep into a sweeping, epic, nonlinear story from Daniel Vávra, an award-winning designer from the Mafia series. Our unique, first-person combat system lets you wield sword or bow in both one-on-one skirmishes and large-scale battles. All of this – and more – brought to life beautifully with next-gen visuals delivered via CryENGINE.”

Well, Warhorse, if you ever visit PSU towers, make sure to bring crayons so you can color us intrigued.

Reading the rest of the Kickstarter page boils down to this: for about 30 hours in Act I alone (there will be three “Acts” released about nine months apart), gamers will experience open-world gameplay where they will get to fight all knight using a unique combat system and decide for themselves which paths they would like to take. In fact, just like some of the AAA titles from PS3 and currently in the works for PS4, the world will react to the player’s choices with an “advanced reputation and law system” that seems reminiscent of Assassin’s Creed II.

What is perhaps most interesting about the game is the graphical quality with which it is being made. The other three games mentioned above have strengths in various areas, but all have chosen an aerial point of view and anime-style characters and landscapes for graphics. Kingdom Come: Deliverance is taking a more realistic approach that Warhorse calls “next-gen.” 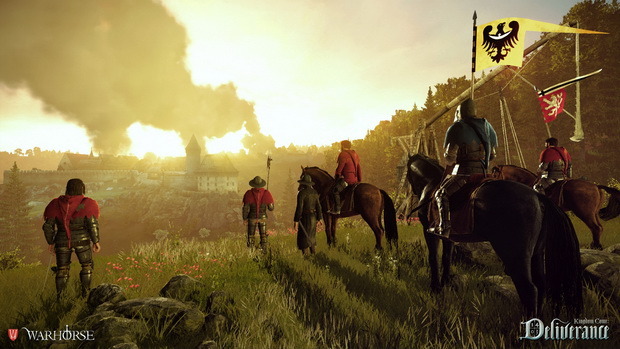 Now, judging by the screenshots, the graphics are not on the level of, say, inFAMOUS: Second Son by a long shot. Assuming in-game graphics, the landscapes are absolutely gorgeous and well-detailed, but characters so far show some flat-looking textures and hard outlines. Even so, the graphics are by no means “bad.” In fact, the graphics look pretty amazing, especially for an indie studio. CryENGINE 3 powers these graphics, and with “Performance motion capture” as one of the stretch goals, character models could improve. 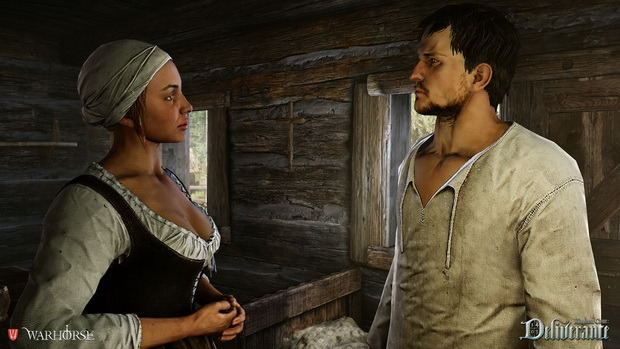 At the time of writing, the Kickstarter campaign has twenty-four days to go. So far, it has raised more than £480,000 British pounds sterling, (which is more than $792,000 USD), crushing its goal of £300,000 well ahead of time. Two stretch goals have already been reached: the original goal for the game, and special period-accurate music recorded live just for the game. Further stretch goals include a soundtrach performed by a live symphonic orchestra (£500,000), a playable female character (£600,000), performance motion capture (£700,000), and two stretch goals apparently so awesome that Warhorse Studios does not yet know what they are.

U.S. backers may donate as well; reward tier descriptions also include approximations for US dollars and Euros.

Kingdom Come: Deliverance is set for a Q4 2015 release on Windows, Mac, and Linux. Warhorse also plans to release the game on PS4 and Xbox One, but states the following:

“Publishing on closed platforms is subject to approval by the platform holder. This can also influence release date there.”

Are you interested in Kingdom Come: Deliverance? Will you become a backer? What do you think the success of these indie studios on crowd-sourcing services like Kickstarter means for the industry? Young knight, thy time to speak hath arrived in the comments yonder.