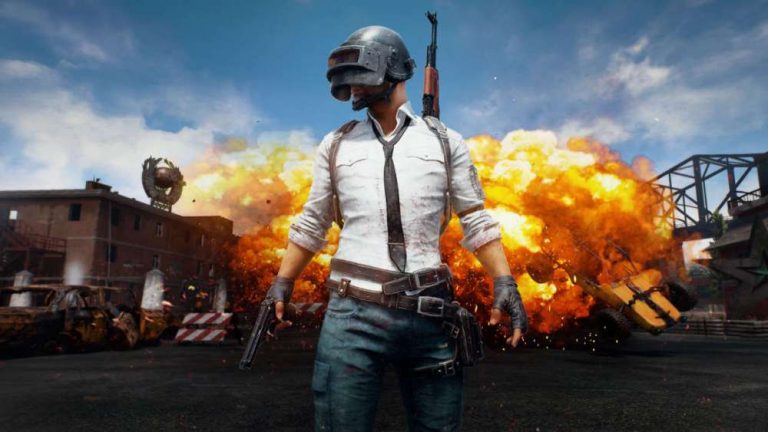 The PUBG update 1.61 patch notes have been announced today by PUBG Corp., which is now available to download for PS4 and Xbox One versions of the game. Read up on PUBG 1.61 below for full details.

We’re happy to be implementing the Weapon Sound Select System. This feature allows players to select between the original and remastered versions of certain weapon sounds.

Select your preference from the Settings Menu, under the Audio tab.

General bug fixes across the map to improve the player experience.

Added an overcast weather variant to Karakin, adding additional variety to the tone and feel of the map.

Much like in TDM, players who AFK in Training Mode will be removed from the session, with a 10-second warning prior to removal.

Players will receive a message after being kicked, to let you know why you’ve been removed.

Players who AFK in Training Mode after queuing for Ranked with our Dual Matchmaking will be removed from the Training Mode session, but remain in their Ranked queue.

Emote With Your Squad Mates

Certain emotes can now be used together, in sync with teammates! Emotes which support this feature are displayed with two characters in the emote image.

Sync-up your emotes with players within a 15-meter radius of your character or in the lobby on the main menu.

You can choose to stop emoting at any time, independent of the person who had initiated the emotes.

Free-look camera is supported while emoting in TPP only.

View each emote and the maximum number of players who can sync-up with you at once under Customization, Emotes, on the main menu.

You’re unable to use other interactions while emoting, such as vaulting or picking up items.

Improved G-Coin messaging on purchases to ensure players understand the value of their G-Coin purchase.

Previously, any bonus G-Coin was bundled into one G-Coin total. Now, bonus G-Coin is also displayed as an independent figure.

You can sort and browse the items by BP or G-Coin.

Season 10 is Soon Wrapping Up

Haven will only be around until the end of Season 10, enjoy the most out of it while it’s here!

Survivor Pass: Breakthrough comes to an end. You still have two weeks from that point to claim all your rewards and access the coupon shop.

Although, you’ll no longer be able to purchase or use Level-Up Tokens, purchase the Premium Survivor Pass, or complete missions from that date.

In regards to the Ranked Season schedule, stay tuned and we’ll keep you updated with specific Ranked announcements.

The Reputation System introduced is one of our newest features, implemented in Update 10.2 and is designed to encourage positive player interactions within the community. We have received lots of player feedback so far and a common trend we’re seeing is that some players feel certain penalties are too harsh.

We hear your concerns and are making the following changes with Update 10.3:

Normal Matches: Exiting a match while in the starting area, prior to boarding the plane will NOT negatively impact your reputation.

Ranked Matches: You will lose reputation for exiting Ranked Matches, even if exiting while in the starting area prior to the plane leaving. There are some exceptions, which you can read below.

You can leave a Ranked Match up to 5 minutes after (but not before) the plane has taken off without losing reputation, in situations where matchmaking has provided you with a random teammate who has then exited the match.

Additionally, the same applies if matchmaking fails to provide you with at least one random teammate after queuing for Ranked Squads.

We’ll continue reading your feedback and make additional improvements in the future. Please, let us know your thoughts on these change.

With update 10.2, we introduced a new in-game inventory experience to help players navigate and manage their inventory more efficiently. After this, we collected feedback through continuous community monitoring and saw that some of you would still like to use features from the previous inventory system.

Based on this feedback, we’ve reverted some of the changes and introduced additional improvements. The changes are as follows.

The tool-tip pop-up feature will now appear after focusing on specific items after 2 seconds.

Changed the order of Key Guides

Pressing D-pad left/right and R-stick left/right will increase/decrease selected items by one.

Hold D-pad left/right and R-stick left/right will increase/decrease selected items by one. However, once it reaches ten, it increases by tens.

Reverted the pick-up/drop confirmation buttons to the same used before Update 10.2 (Xbox: A key/PS: X key).

We have made multiple improvements to various pipelines and processes to improve overall performance.

Optimized the pipeline for lighting calculation methods to improve performance.

Optimizations have been made so that objects such as furniture and stairs, can be viewed normally while ADS even at medium/long distances.

Objects load in faster when a player approaches them.

Optimized memory resources to resolve a memory leak when match sessions are repeated.

The results from internal tests showed a reduction in the frequency of crashes when match sessions are repeated.

A whole new way to play PUBG is coming to LABS!

In Zone Tag, players will compete to gain and keep possession of a ball that spawns into the match. From this point on, the entire blue zone will center on the player holding the ball, bathing them in a pillar of light and following them until they are knocked and the ball is dropped. All players in that squad also benefit from an unlimited boost gauge! If not held by any player, the ball will seek an eligible target nearby or begin making its way towards Pochinki in the center of the map, dragging the Blue Zone with it until it is picked up again.

This mode is meant to be fast and furious, so land vehicles will spawn at every possible point on the map, are invulnerable to weapon damage and tire puncture, and provide players with unlimited ammunition while inside. Your gun will still have a capacity and require a reload when empty, but reloading it will not consume your ammo stockpile.

Once phase 6 of the game begins, the ball will disappear and the circle’s location will be set. From this point on, zone settings will be like any other match and squads will have to battle it out to be the last ones standing.

A few more quick notes on the rules; water, the small islands around Erangel, some generally inaccessible rooftops, and ferries are all no bueno. Entering one of these restricted areas will automatically detach the ball and players in these areas are not considered eligible targets for it to attach to. Players will also receive damage just by entering the water, so keep those boots dry as you plot out your route.

A detailed breakdown of the rules can also be found below. LABS: Zone Tag will be available from February 23 – March 1st for Console. This is something pretty different for us, so drop in and let us know what you think! Get the ball, fend off your attackers, and set up your own end circle to finish off any who remain in Zone Tag!

The Ball spawns on a random player at the start of the match.

The Ball drags the center of the circle along with it wherever it moves.

The Ball grants special visual effect to the carrier.

All players in the carrier’s squad receive a full boost.

The player with the ball will be lit up by a pillar of light visible starting from 100m distance.

The Ball cannot be manually dropped or passed but will drop automatically if a player is knocked, killed, or enters a restricted area.

When not attached to a player, The Ball will slowly rise into the air for 5 seconds or until it is no longer blocked by a structure.

The Ball will then seek a new eligible target within 30m and begin to home in on them.

If no eligible target is found, The Ball will remain stationary for 15 seconds before it starts to move towards the center of the map.

A system message will appear for all players when The Ball is dropped or picked up.

“The Ball” drags the center of the circle along with it wherever it moves.

There are still circle phases, which shrink the circle and increase damage.

At Phase 6, the Ball disappears and the center of the circle is locked until the end of the match.

Entering a Restricted Area will detach the ball and make players ineligible to receive it.

Small islands off the mainland

Players who step into water with a ball will receive damage and have the ball detached.

Land Vehicles will spawn at every possible spawn point on the map.

Boats and the Motorglider will not spawn.

All vehicles are immune to weapon damage and cannot have their tires punctured.

However, we cannot guarantee damages from crashing into objects!

Spike traps are not spawned.

While inside a vehicle, reloading weapons will not deplete your ammo reserve.

The ball has blocked all access from bots. No bots will be available in this mode.

Notes when playing in LABS

LABS games do not provide XP for gameplay rewards.

LABS gameplay will not be applied to Career.

LABS gameplay will not count for your Survivor Pass missions.