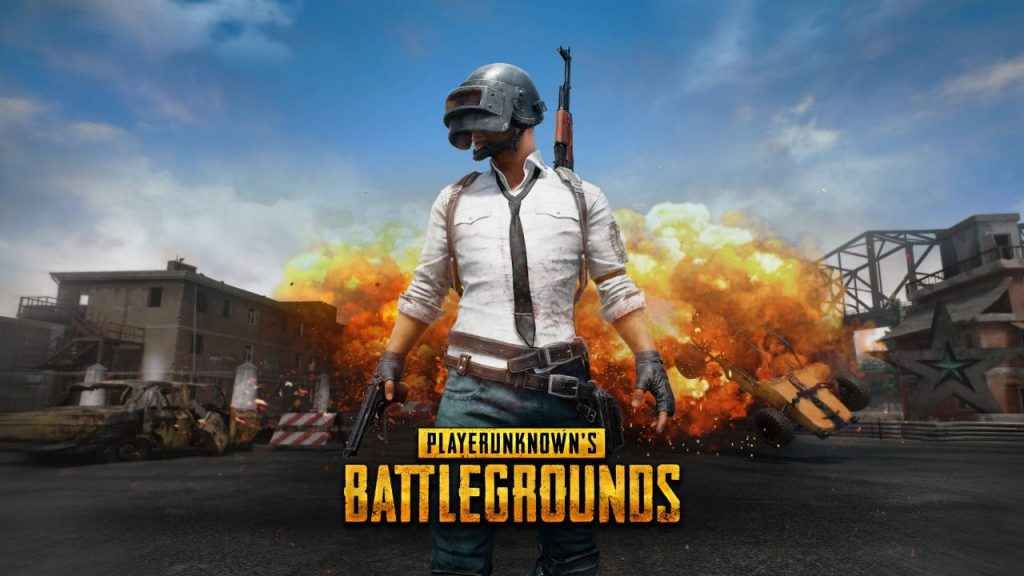 PUBG PlayerUnknown’s Battlegrounds PS4 review – If and when you play PlayerUnknown’s Battlegrounds (fondly referred from herein to as ‘PUBG‘) and you get the sinking feeling that you’ve done this before, it’s probably because you have. For the uninitiated the premise is gleefully simple – you and 99 other people are parachuted onto an island, and you must scavenge whatever weapons and equipment you can find in order to remain the last person standing. It’s wonderfully straightforward and accessible stuff.

Launching some two years later than it perhaps should have, it’s deeply ironic that the progenitor of the Battle Royale sub-genre has found itself late to its own party, with the likes of H1Z1 and Call of Duty’s superb Blackout mode all making it to market first and each offering a supremely solid on the very same formula that PUBG itself conceived all that time ago.

Nonetheless, despite PUBG’s belated appearance on PlayStation hardware thanks to a period of console exclusivity on Xbox One, it’s still clear that Bluehole’s genre defining shooter still has it what it takes to be compellingly enjoyable in the face of its immediate competition. Certainly, there are fewer thrills more potent than the saccharine sweetness of bagging your first solo win after a tense, heart-pounding game of cat and mouse with an opponent that you know to be in the immediate vicinity.

Indeed, PUBG swiftly reveals itself to be a fantastic author of emergent stories that manifest from the battlegrounds of its open-world theater. In one instance, a pin drop can be heard as your prone form inches across a dramatically elevated rooftop, looking to gain a distant kill-shot on an unexpected enemy, all the while you scan the horizons for others who may be looking to do the same thing.

In another, a protracted, loud and chaotic firefight through the winding, maze-like streets of a ruined city husk provides almost innumerable opportunities for on-the-hoof strategy, as you furiously dodge from doorway to doorway, bursting through entrances, climbing buildings and leaping from one structure to another in order to gain the optimum positional advantage over your encroaching aggressors.

As such, and regardless your skill level at either PUBG or even shooters in general, the beginning of each and every game of PUBG always manages to feel like a fresh, new beginning – an opportunity to refine your craft and seek out some new hidden alcove in the world from which to affect your murderous enterprise. In this sense then, clearly hasn’t lost a step in its overdue journey onto Sony’s home console – crucially, just about anyone can find some degree of satisfaction with PUBG’s Battle Royale gameplay.

In terms of modes, PUBG is a relatively threadbare prospect – there are the usual solo and squad based modes and not much else to speak of. An upside of PUBG being released so late on PS4, means that this version of the game is able to benefit from all of the new maps, weapon and vehicle content that has been released for the game to date – a fact that makes PUBG an arguably more muscular offering than many of its peers.

PUBG Both Survives And Falters In Comparison With Its Peers

Additionally, being able to choose from a range of modifications, such as scopes, stocks, extended magazines and more to modify the various firearms that PUBG offers also proves to be a welcome revelation; and one which elevates the experience yet further beyond its genre equivalents. Likewise, PUBG also offers the ability to use a variety of different melee weapons too, such as firearms, sickles and machetes – though ultimately the unfortunate clumsiness of PUBG’s close quarters combat renders such endeavors hardly enticing to say the least.

Further afield, PUBG mirrors the likes of H1Z1 by boasting a progression system that is solely concerned with cosmetic advancement, rather than anything deeper which might encroach on the balance of its combat. Providing random cosmetic spitting loot crates that can be purchased by using PUBG’s in-game currency (‘BP’ or Battle Points), players can either opt to purchase a bunch of this money from the store, or, complete numerous in-game objectives and just simply win games in order to grind the old fashioned way.

Where PUBG compares less favorably to its genre ilk is in a range of audiovisual and UI areas. First off, the framerate in PUBG is far below that of something like H1Z1 or Call of Duty’s Blackout mode. Hovering around the 30fps mark but often dipping down beyond that in heated encounters (something that is exacerbated on standard PS4 hardware), PUBG simply doesn’t move as smoothly as it needs to which has a direct impact on how responsive it is. Certainly, folks looking for PUBG to mirror the silky smoothness of those aforementioned competing offerings will be disappointed.

Elsewhere, with fairly low detail textures, poor shadowing effects and flat lighting, it’s not unreasonable to say that PUBG is somewhat of an ugly duckling in its current state, too. Though in fairness, PUBG’s maps are much larger and more complex than any other Battle Royale effort on the market, so it’s clear where the technical trade-offs have been made.

Then there is the UI. With its numerous weapon upgrades and item configurations, PUBG is a fairly sophisticated beast to say the least and annoyingly, the UI doesn’t exactly help matters. Whereas in H1Z1 you can instantly access a handy radial interface to switch between your various weapons and equipment, in PUBG you have to physically open up a separate inventory screen to use the weapon mods you’ve picked up or even drop gear that you no longer want to keep. It’s hardly an intuitive solution for a game in which every second counts and immediate, game-ending attacks can come from literally anywhere.

Then there are other niggles, too. If you’re playing in a squad with other folk, there is no way at all to either lower the volume (if they’re being too loud), or mute them entirely (if they’re being assholes) – a baffling omission given how basic and fundamental such functionality is for online play. Another strange omission of basic functionality manifests itself during spectator mode. If you decide to spectate after you’ve died, you literally have to wait until the game is finished as there is no way to leave before then. Frustrating? Yes, absolutely.

It’s an odd sort of testament to the strength and stubborn appeal of PUBG’s core gameplay that the array of flaws and technical shortcomings which exist in its orbit aren’t enough to pull the whole affair down into the doldrums of mediocrity. With each and every game affording some sort of fresh opportunity to take part in any number of emergent battlefield stories, PUBG would seem to boast an evergreen appeal that hasn’t been significantly dulled in the intervening years between the apex of its popularity and its overdue release on PS4.

All the same, with such fierce competition from the likes of H1Z1 and Call of Duty soon to be joined by EA with Battlefield V’s promising Firestorm mode and the incoming Realm Royale, it’s clear that PUBG will need to evolve at a far more rapid rate than it has up until now in order to stay relevant. In the present however, folks who were feverishly looking forward to PUBG’s PS4 debut can rest easy – it’s exactly how you thought it would be – for better or worse.

PlayerUnknown’s Battlegrounds is out now on PS4, Xbox One, PC and mobile devices.

Though ironically beaten to the punch by the likes of H1Z1 and Call of Duty, and tarnished by a handful of shortcomings, PUBG nonetheless remains a commendably inventive and expansive shooter that deftly embodies the Battle Royale genre.