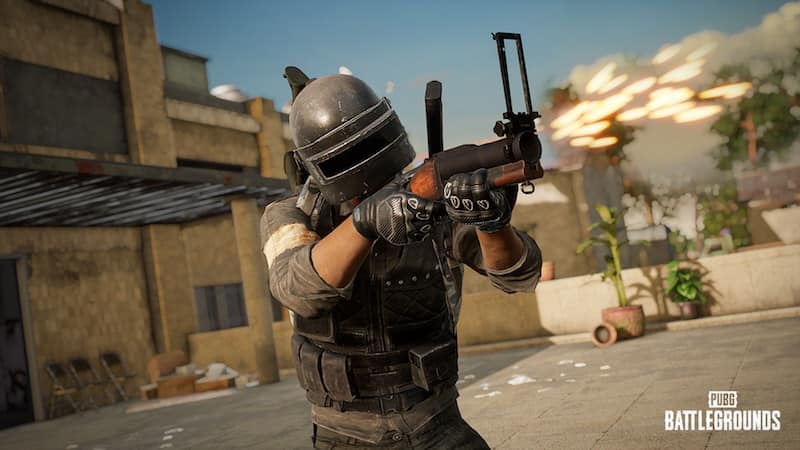 The PUBG update 1.86 patch notes have been unveiled today by PUBG Corporation, which comes packing two new explosive weapons in the shape of the Mortar and M79 Grenade Launcher. Read up on the PUBG patch notes below.

The new Taego weapon Mortar is easy to use in combat situations, but it can take a lot of practice to achieve reasonable accuracy. First, you must calculate the distance to the target and the expected movement path, so calculate carefully. Once you get used to it, it can be helpful to attack behind ridges where grenades can’t reach or when defending specific areas. Also, it can be effective when destroying vehicles. In particular, you can use various strategies in cooperative play, so be sure to use them in battle!

Once looted, it takes up a primary slot.

It can only be deployed on flat surfaces.

It cannot be deployed on cement, iron, concrete, water, or wooden floors, or inside buildings.

The character crouches automatically once the firing mode gets activated.

The character cannot move until the firing mode gets released.

You must have ammo in the inventory to fire.

There is a one-second delay between fires.

Not included in Ranked Season 14

Mortar and ammo both spawn inside buildings.

Does not spawn in Supply Crates or Secret Rooms.

Our new M79 is a smoke grenade launcher that was created to provide quick smoke cover on longer ranges. Blind your enemies, cover your downed teammate or make a grand escape from a losing battle!

New Weapon: M79 can be found, not only in Taego but across all eight maps.

Cannot be used in a vehicle’s driver’s seat.

Once it hits an object that’s more than 10m far away, the projectile will release the first smoke effect followed by a second one a few seconds later.

Once it hits an object that’s less than 10m far away but fails to explode on impact, only the second smoke effect will be released after 3 seconds.

Will not be available in Training Mode to prevent other players from getting interfered by the smoke effect. However, we will consider adding it in later updates.

To improve the survivability of players inside water, we are now supporting DBNO Swimming. Previously a player who enters DBNO while in the water would skip DBNO and instantly die. This made any deep water a hazardous area to traverse. Now a player will instead enter Swimming DBNO, a slow swimming state which gives the player a chance to reach the shore and be revived by teammates. Hopefully, you’ll feel more confident next time you get into a Boat or swim across that river!

DBNO Players can swim for at half of the normal speed.

The air a player has in their lungs is not reset when entering DBNO, so a player who was drowning will continue to drown in DBNO.

In DBNO a player is constantly losing HP. combined with drowning HP loss this means that a DBNO player will die within 10 seconds underwater.

Reviving underwater is impossible, and any ongoing revive is canceled when either player goes underwater or moves around too much.

It is possible to revive a swimming DBNO player while floating on the water.

We are proud to introduce the Chicken, a new creature that will hopefully amuse many players during fierce combats in Taego! “Chicken? Why the heck?” you might wonder. The answer to this question is left to your imaginations.

This is the default state and, at the same time, the most stable emotional state. Calm as a monk, and nothing special.

The Chickens fly, not, run for their lives in the following situations.

Sadly, there’s an end to everything. Taego’s amuser also passes away once hit. They take damages from guns and grenades, then turn into fried chicken upon death. Sorry, a bad joke, they go to where we all go.

Five new Taego areas have been added to the Team Deathmatch preset in Custom Matches.

Improvements have been made to Team Deathmatch Taego areas.

The initial spawn points for both teams have been changed from left/right to top/bottom.

The number of spawn points that lead to the roof has been reduced.

The number of spawn points on the bottom left of the area has been reduced.

The distance between the remaining spawn points has been adjusted to within 30m.

Improvements have been made to Team Deathmatch Taego areas.

The initial spawn points for both teams have been changed from left/right to top/bottom.

The number of spawn points that lead to the roof has been reduced.

The number of spawn points on the bottom left of the area has been reduced.

The distance between the remaining spawn points has been adjusted to within 30m.

Based on community feedback, we have adjusted the Taego and Paramo rulesets and spawn tables to better suit the Ranked play experience.

The following features will not be supported:

The following items will not be supported:

The following features will not be supported:

The Esports menu has been updated for PUBG Global Championship 2021.

Shows team ranking for each match.

The previous in-game Halloween theme has been removed and replaced by the PGC 2021 theme for Normal, Custom, and Ranked Matches. The theme will be applied to the following:

We will add a button to the Profile Overview page to link your PUBG account and Krafton ID.

With the update, the PUBG account can be linked directly with Krafton ID from the lobby.

Previously, the Career page was used as the profile screen. It was difficult for players to recognize their status at a glance, and it was also challenging to identify which player they were when viewing other players’ profiles. That’s why we want to provide you with a profile overview where you can see at a glance the current state of yourself and other players. Here, you can show off your fashion sense and skin!

You can check the summary of your current season stats in “Career” → “Overview”.

You can check the last played match mode, team mode, and season summary information at the time of the current season.

The summary of the player’s season stats will be visible in other players’ profiles.

Previous records, adding friends, and inviting teams are possible in the same way as in the previous record profile.

You can edit emblems, nameplates, character poses, and medals.

It may take some time after a match for the stats to be reflected.

The Dynamic Blue Zone function operates according to the number of survivors per phase in certain maps. A guiding message will be displayed so that players can be aware of it.

2nd Phase: Activated when there are less than 30 survivors

3rd Phase: Activated when there are less than 18 survivors

4th Phase: Activated when there are less than 10 survivors

5th Phase: Activated when there are less than 3 survivors

6th Phase: Activated when there are less than 3 survivors

The following message will be displayed

The Blue Zone delay has been reduced because of the decreased survivor count.

Improved the display of the minimap to better understand unplayable areas on the Paramo map.

Changed the navigation path of the Move button on the pop-up window when a Nameplate is purchased.

The body message of the pop-up window has been changed accordingly.

The main image for single items will now be shown as well.

Purchased items will now be sent to the very end of the catalog.

However, items that can be repurchased will not be moved.

A wall background has been added to Spray item previews.

Survivor Pass: CRAZY NIGHT ends with this update on:

Make sure to grab the rewards before the end date!

Another important note: A new Survivor Pass won’t be released until March 2022… but to make up for the long wait, we’ll be bringing updates in the following months on some big and fun in-game events coming your way!

Your Shop is back! It will be available during the following period: