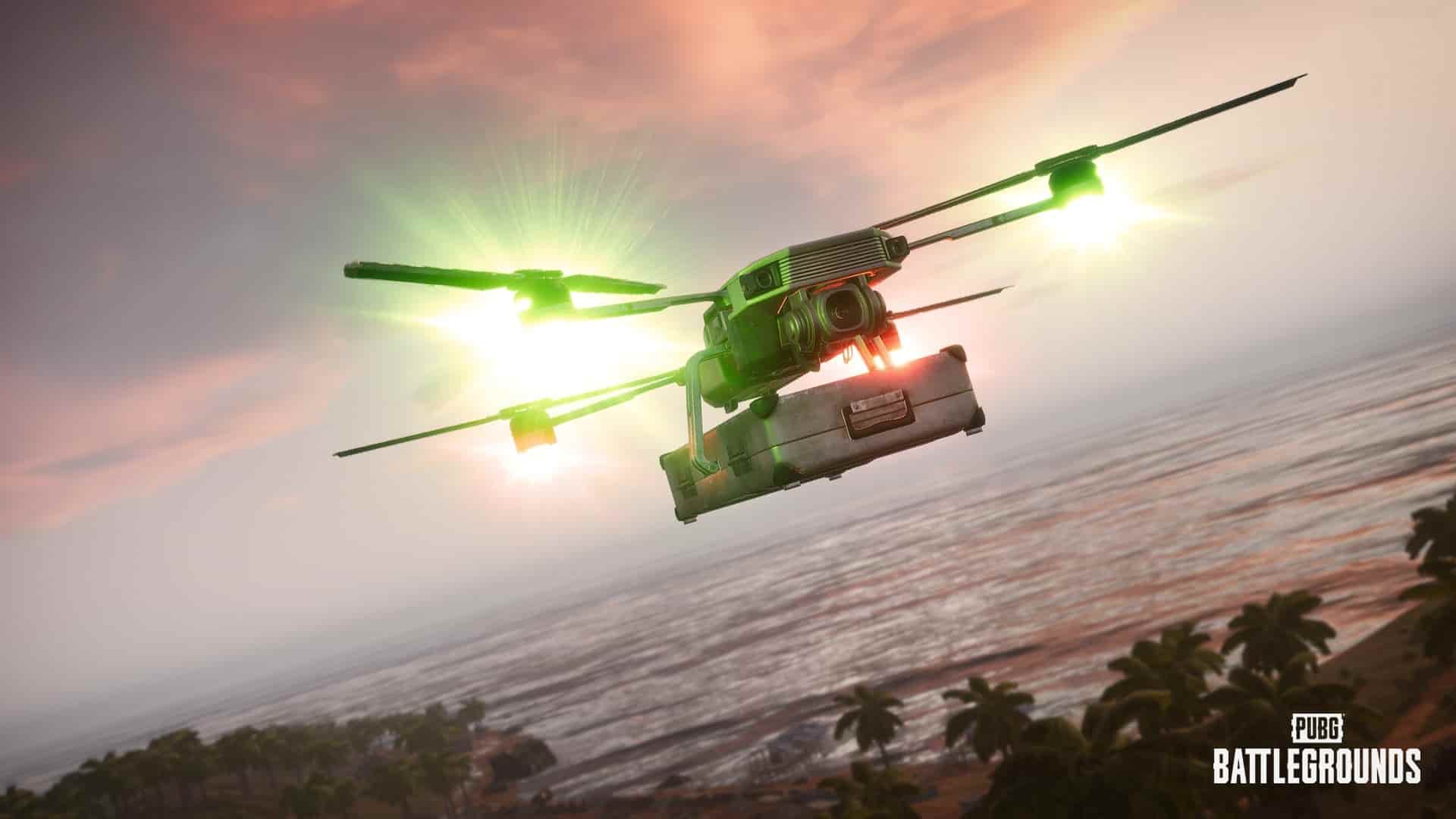 The PUBG update 1.94 patch notes have been confirmed by PUBG Corporation overnight, which arrives with a new Tactical Gear category, which comes with a Tactical Drone for players to put to use in the battle royale title.

Read up on the latest PUBG patch notes below.

We’ve decided to introduce a whole new category of tactical items, Tactical Gear, that strays from pure gunplay to provide our players various options for improving their in-game performances.

As Tactical Gear will be taking up players’ primary weapon slots, we hope this will allow players to come up with more creative long-term strategies.

A Drone can be damaged by

When the Drone’s HP reaches 0, it will fall to the ground and get destroyed. Players must retrieve the Drone and repair it to use it again.

The EMT Gear is a Tactical Gear that allows players to opt into increased healing potential for both themselves and their team at the cost of reduced combat flexibility.

Polymers are sold in the Scrap Broker.

The Profile button from the team invite message is temporarily turned off to improve the feature. It will return in the future update, and we will inform you through the patch notes at a later date.