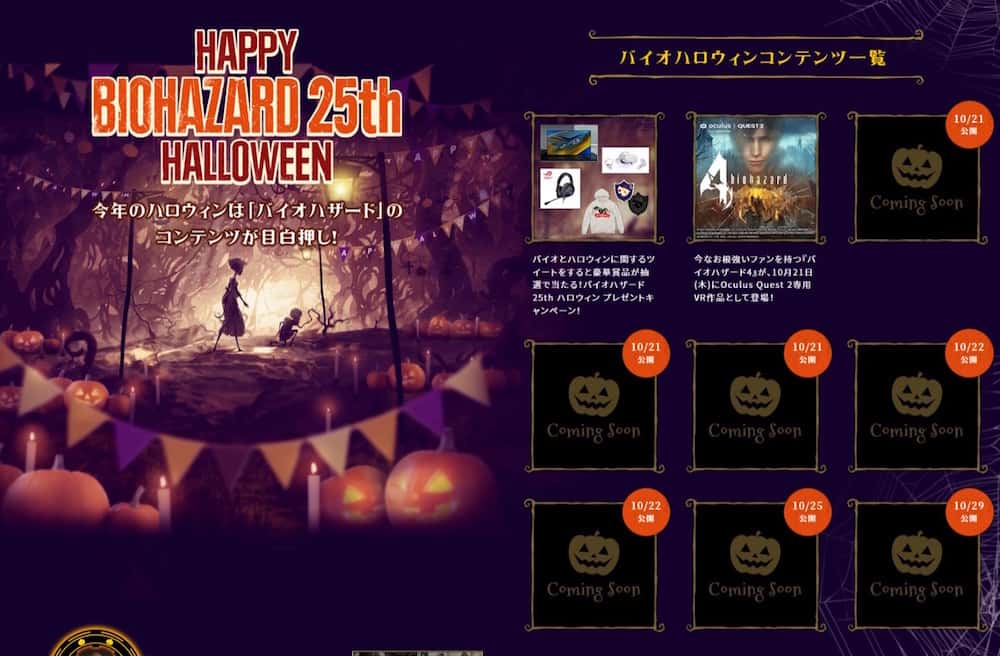 Capcom Japan has launched a Halloween-themed Resident Evil 25th anniversary website, which teases a number of announcements related to the survival horror franchise throughout the month of October.

From the look of things, Capcom will be making multiple reveals on October 21, with more announcements planned for the 22nd, 25th, and 29th of the month. We have no idea what Capcom is planning on revealing during this time, although personally, I’m hoping that one of them will be the long-rumored Resident Evil Outrage, aka Resident Evil Revelations 3.

Resident Evil was first released for the PSOne on March 22, 1996 in Japan, where it’s known as Bio Hazard. The game was later ported to the Sega Saturn and remade for the Nintendo GameCube.

Since then, the franchise has gone on to become Capcom’s best-selling franchise, and its most recent entry, Resident Evil Village, launched in May for PS5, PS4, PC, Xbox Series X/S, and Xbox One. You can read our review of the game here.

Capcom’s 25th anniversary celebrations included the reveal of a multiplayer project known as Resident Evil Re:Verse, which has since been postponed to 2022.