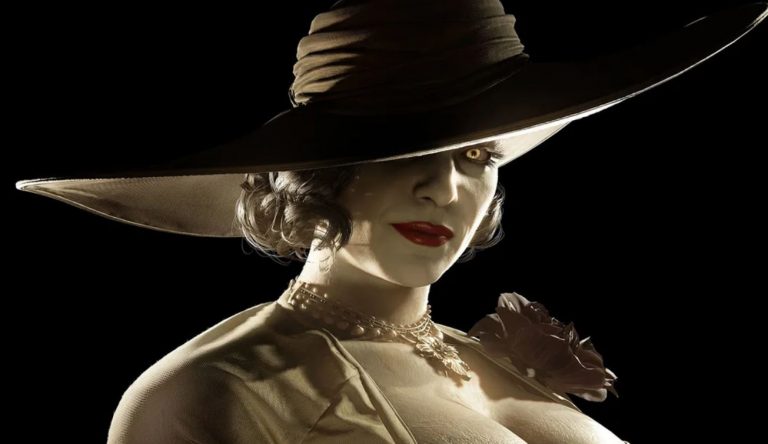 Capcom‘s Tomonori Takano has spoken about the inspiration and reaction to the Lady Dimitrescu (aka Vampire Lady) from Resident Evil Village during a chat with IGN, and suffice to say, he was pretty surprised by how fans are taken to the villain.

In terms of inspiration, Takano-san revealed that the team looked to three individual: Elizabeth Bathory, Hasshakusama, and Morticia Addams. He also revealed that Capom didn’t want to conform to how vampires are usually depicted in popular entertainment.

In the early stages of planning, we decided on going with castle and vampires motifs. However, we did not want to be constrained by how vampires have been portrayed in various forms of popular entertainment.

The very first piece of concept art I drew was the scene in the trailer where Lady Dimitrescu ducks down to walk through the doorway. From that moment, I knew I had to do that scene.

I tried to forget the design logic of the past and began to think about the best ways to create fear. For Resident Evil Village, we are using similar concepts of ‘Evil’ like we did in Resident Evil 7 Biohazard, which was neither based on normal humans nor zombies.

I don’t think anyone [on the team] could have predicted how wonderfully fans have reacted to Lady Dimitrescu. Personally, I was particularly struck by comments like, ‘I want to be chased by her’.

Resident Evil Village is due for release on PS5, PS4, PC, Xbox Series X/S and Xbox One on May 7.