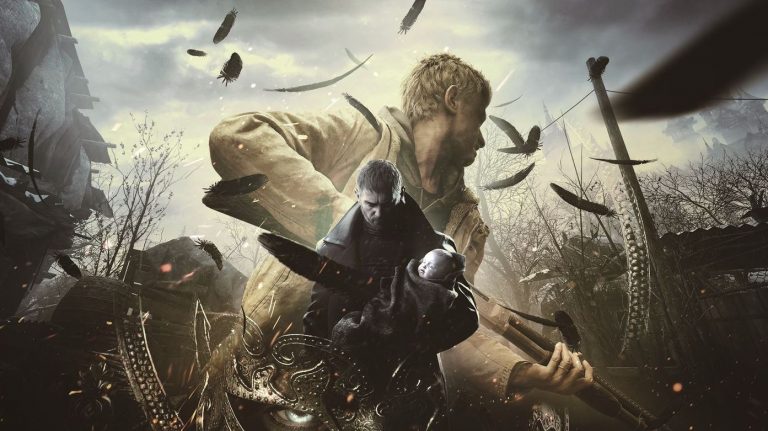 Capcom‘s officially beavering way on Resident Evil Village DLC, although it’s in the very early stages yet and we won’t see it for a while. Still, I’m chuffed at the news; Capcom’s latest survival horror title offers a rich tapestry in which to weave some extra narrative and gameplay experiences, and I’ve got a few ideas of what would provide some great Resident Evil Village DLC on PS5 and PS4.

Give Us More Chris Redfield

Players were able to hop into Chris Redfield’s boots for a very brief 20-minute segment towards the end of the game, which was basically an excuse to mow down Lycans without any puzzles getting in the way. It was fun, sure, but all too brief.

Therefore, we’d like to see Chris given more time in the spotlight. We know he was in the village during Ethan’s adventure, so how about showing what he got up to? He could explore new areas too, maybe solve a few puzzles along the way.

The Four Village Lords were outlandishly brilliant, particularly Heisenberg and Lady Dimitrescu. However, we didn’t really get much insight into their history, and the likes of Moreau and Beneviento were given even less screen time. As such, it would be great to see a bite-sized, Banned Footage-style offering where we’re given a further glimpse at these larger-than-life foes, perhaps even before the events of the game.

Elena and her father are encountered near the start of the game, but sadly meet a ghastly death after being consumed by the fire that ravages Luisa’s house. However, Elena was originally playable in the game during early playtest for Resident Evil Ambassadors, with her segment being stealth-based and had her sneaking around with a lantern while avoiding enemies.

I couldn’t think of a more appropriate option for Village’s DLC than reinstating this cut content, perhaps even expanding on it a bit more so we get to see more of Elena and her father’s actions before Ethan’s arrival.

This is an obvious choice, but definitely one that I feel would be welcome by most players. It’s great that The Mercenaries is back, but it’s a bit stale right now, only offering Ethan as a playable character. Past efforts offer a wealth of playable characters, so why not expand it with Chris and a few others? Perhaps one of the villagers?

Hell, Capcom could even bring in Hunk, Albert Wesker, Ada Wong and other classic Resident Evil figures. I’d also reckon a playable (human form) Lady Dimitrescu would go down like a storm; after all, Jack Krauser was playable in Resident Evil 4 and they made his mutation work in a gameplay setting, so why not? Throw in some extra maps and you’ve got a winnner!

Let Us Play As Adult Rosemary

Okay, so we know that Ethan and Mia’s little Rosemary grew up to be a human bio-weapon and all-around badass, but how about letting us experience a playable segment when she’s grown-up? It could take place around the same time as the epilogue, allowing us to test drive her mold-enhanced abilities on a combat training mission or perhaps while out in the field with Chris.

Capcom are obviously going to feature Rosemary in Resident Evil 9 (Resident Evils 7, 8 and 9 are conceived as a trilogy, and with Ethan out of the picture, Rosemary is the next obvious choice), so a little teaser would be pretty neat.

Resident Evil Village is out now for PS5, PS4, PC, Xbox Series X/S and Xbox One, and you can read our review here.