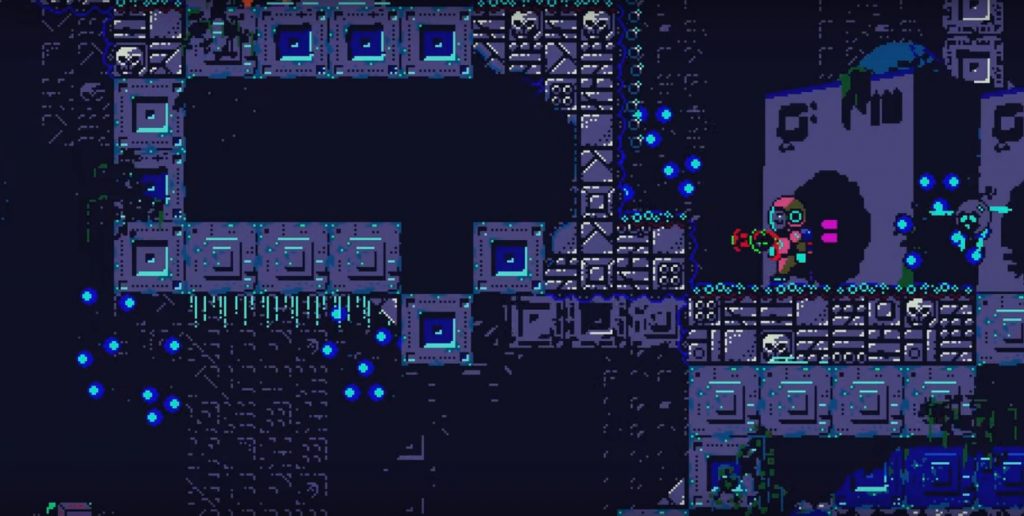 A retro-style Metroidvania that looks great has just been announced for PS4, called Outbuddies.

Outbuddies takes place in a sunken city where you have to scavenge for items, solve puzzles, and fight large bosses. The game offers local co-op support as well as solo play. Outbuddies also offers a high level of player freedom, as well as handcrafted pixel art.

The description below goes into detail on the game:

Enter Bahlam, a sunken city of the Old Gods, located deep in the South Atlantic Ocean. Following a shipwreck, adventurer and maritime archaeologist Nikolay Bernstein regains consciousness 36.000 feet under the sea. He’s severely wounded and unwillingly connected to a supernatural Buddy-unit. Searching for answers about his displacement our main protagonist digs deep into the lost Undercity, gradually realizing an ominous presence hollowing in its shadowed caverns.

On your journey home you will share your fate with a friendly tribe of mining creatures, the Wozan, who fear the Old Gods and strive to get back to the surface since their ancestors had been enslaved 5000 years ago. Some of them were able to flee and founded secret colonies deep inside the sunken ruins, others are still exploited by the hostile creatures that have overtaken the city since the Old Gods suddenly disappeared.

Outbuddies was actually kickstarted back in 2017. The core development is being tackled by one person, Julian Laufer. The original soundtrack is being created by Robin Ogden. Finally, the environments and boss designs are being created by Amanda Kiefer. The Kickstarter for the game offers a lot of interesting details about the content planned for Outbuddies. There is also an extensive list of features and details to pour through.

Outbuddies arrives for PS4 sometimes in 2020.

What are your thoughts on Outbuddies? What is the most intriguing aspect of this trailer to you?