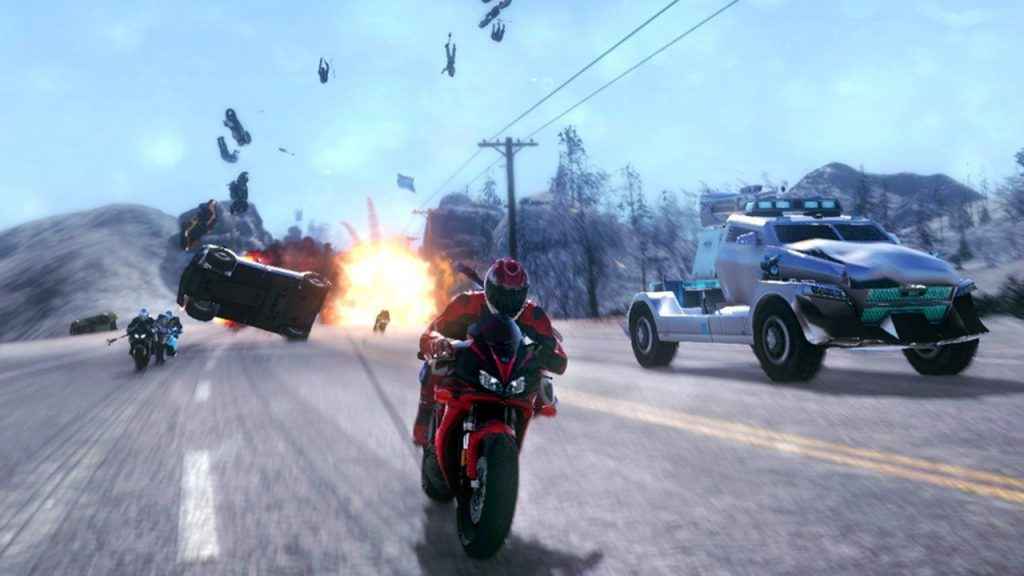 Vehicular combat game Road Redemption is coming to PS4, Xbox One and PC. Developed by Killing Floor developer Tripwire Interactive, players will lead a gang of bikers on a road rage journey across the United States.

Originally released on PC, Road Redemption is the spiritual success to Road Rash, EA’s violent motor-cycle racing game that started on the SEGA Genesis in 1991. The latest game in the franchise was Road Rash: Jailbreak for PSOne in 2000.

In Road Redemption, players will be racing around the streets carrying out robberies, assassinations and various other objectives. By collecting loot, you can upgrade your bike, weapons and character.

In addition to a single-player campaign with a wide variety of weapons, there’s a split-screen co-op mode and online multiplayer. If that excites you, check out these other great split-screen racing games!

A firm release date has yet to be confirmed. However, Road Redemption will be available on PS4, Xbox One and Switch this Fall.