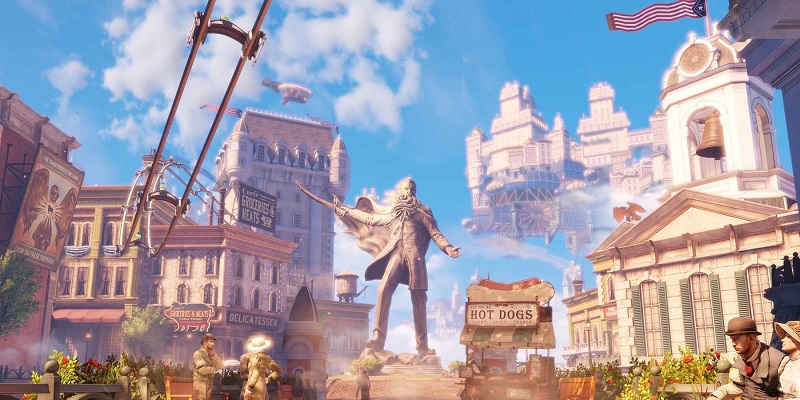 Bioshock 4 details have been scarce, but it seems like we may have just gotten a fresh batch. A new report from VGC spotted a leak during the PlayStation podcast Sacred Symbols, led by Colin Moriarty.

Moriarty’s sources shared with him that Bioshock 4 will apparently take place during the 1960’s, and be set in an Antarctic city. He went on to say that the game will have narrative ties to the other three installments, and that a 2022 release is being targeted.

Developer Cloud Chamber is behind the project, and as far as Moriarty understands it from his sources, it’s all very tight-knit. The team is very aware of how this new installment will be compared to its predecessors, but they’re confident they can live up to the challenge.

After all, there are plenty key Bioshock veteran developers on the project, like Jonathan Pelling, a designer from the first game and the creative director behind building Columbia, is now the design director for this new installment.

Scott Sinclair, the art director from Bioshock and Bioshock Infinite is also returning to work on the game, along with Hoagy de Plante as Bioshock 4’s creative director, who played a large role in the development of the original Bioshock.

A 2022 release window sounds exciting, but if that really is the case then hopefully we’ll find something out soon. The Game Awards would be a good candidate for when we’d see our first teasers, so it wouldn’t hurt to tune in just incase.