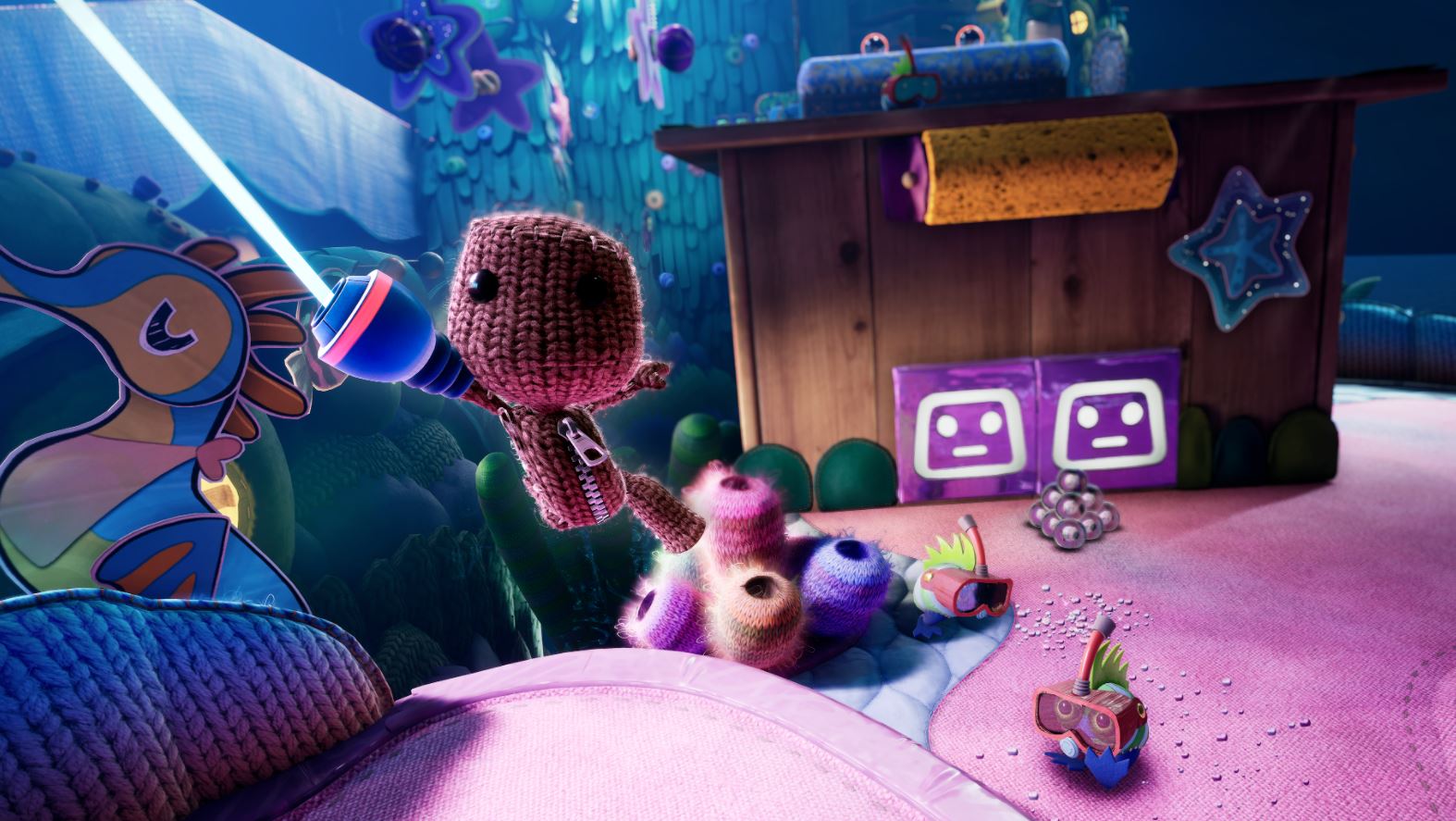 A number of Sackboy: A Big Adventure PS5 and PS4 previews have emerged ahead of the game’s release next month, highlighting new features of the 3D platformer and revealing details about what we can expect.

The previews come from a number of outlets, including Gamespot who talked to the game’s Creative Director and discussed a number of points about the game, including how Sackboy will fit into the 3D platforming genre.

We expanded his move set to give us different options in terms of traversal, in terms of combat, in terms of puzzle-solving. There was some stuff that was originally power-ups, and we said, “This is so much fun, we’re just going to make it a core part of his move set.” And to give you an example of that, in the game there’s a multiplayer move. You can pick up and throw each other. That was originally a power-up that we prototyped, and we said it’s too much fun not to be able to pick up and chuck friends everywhere. Let’s just put it in as part of his core move set and do away with the power-ups.

“In addition to unlockable post-game content, Sackboy: A Big Adventure will feature “more hardcore platforming levels” and optional challenge levels called Knitted Knight Trials. Narratively, those trials are designed to let Sackboy realize his dream of becoming a Knitted Knight, one of the sworn protectors of Craftworld, Waterhouse said. The last remaining knight, Scarlet, reluctantly challenges Sackboy to the game’s most difficult challenges.

“These are a set of hardcore platforming challenges [with] quick-fire, arcade gameplay,” Waterhouse explained. “They’re all optional, but they are really fast assault courses where you get a single life. And that’s where you really see the nuance of this move set come into its own. The final Knitted Knight Trial is the game’s ultimate challenge: It’s a 10-minute level with a single life, which I refer to as my Everest, because much to the game design team’s disappointment, I still haven’t finished it. So some of my professional credibility is called into question there.”

Meanwhile, GameInformer discussed six things you need to know about the title, with those including that we will learn more about Sackboy and his home village of Loom and that the game will have cross-gen play between PS4 and PS5.

“We start in Sackboy’s hometown, which is the village of Loom,” Waterhouse says. “This is where all the sacklings of Craftworld live. Sackboy is a bit different from the other sackfolk; he’s always dreamed of adventure, he’s always wanted to see what lies beyond the borders of his village. Perhaps slightly unexpectedly, but also perhaps predictably, he gets his chance because one day: The game’s villain, a nefarious trickster called Vex descends upon Loom and he kidnaps all of the sacklings that live there and enslaves them to build a machine.”

You can catch up on all the news about Sackboy ahead of its release next month on our game page here.