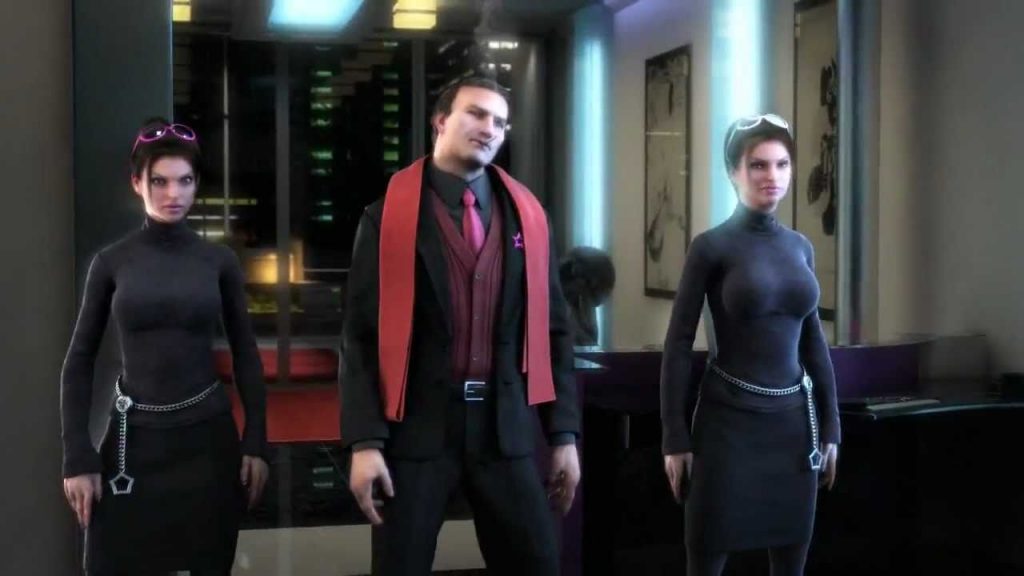 GameFly has leaked a Saints Row: The Third PS4 release on its website, suggesting Volition’s bonkers open-world title is getting the remastered treatment.

While nothing official has been announced yet, the listing for Saints Row: The Third PS4 comes attached with a May 7 release date. Presumably if this is accurate we’ll get a proper reveal soon enough.

At this point it’s not entirely out of the question that Saints Row: The Third could be remastered for PS4 and Xbox One. After all, Saints Row IV came to Sony and Microsoft’s latest consoles back in 2015 following its PS3 and Xbox 360 release two years earlier.

The Saints Row series has been on ice since the release of the fourth game, with spin-off title Agents of Mayhem failing to drum up much interest back in 2017.

However, rumors about Saints Row 5 have been doing the rounds for a while now, so hopefully we’ll see a new entry in the franchise emerge in the not-too-distant future.

Saints Row: The Third is seen as the point in which the franchise fully embraces its now-legendary irreverent and bombastic nature, eschewing the GTA clone trappings of the first two games in favour of a more outlandish experience.

Years after taking Stilwater for their own, the Third Street Saints have evolved from street gang to household brand name, with Saints sneakers, Saints energy drinks and Johnny Gat bobble head dolls all available at a store near you.

The Saints are kings of Stilwater, but their celebrity status has not gone unnoticed. The Syndicate, a legendary criminal fraternity with pawns in play all over the globe, has turned its eye on the Saints and demands tribute. Refusing to kneel to the Syndicate, you take the fight to Steelport, a once-proud metropolis reduced to a struggling city of sin under Syndicate control.

Take a tank skydiving, call in a satellite-targeted airstrike on a Mexican wrestling gang, and defend yourself against a highly-trained military force using only a sex toy in the most out- landish gameplay scenarios ever seen, igniting a city-wide war that will set Steelport on fire. Strap it on.