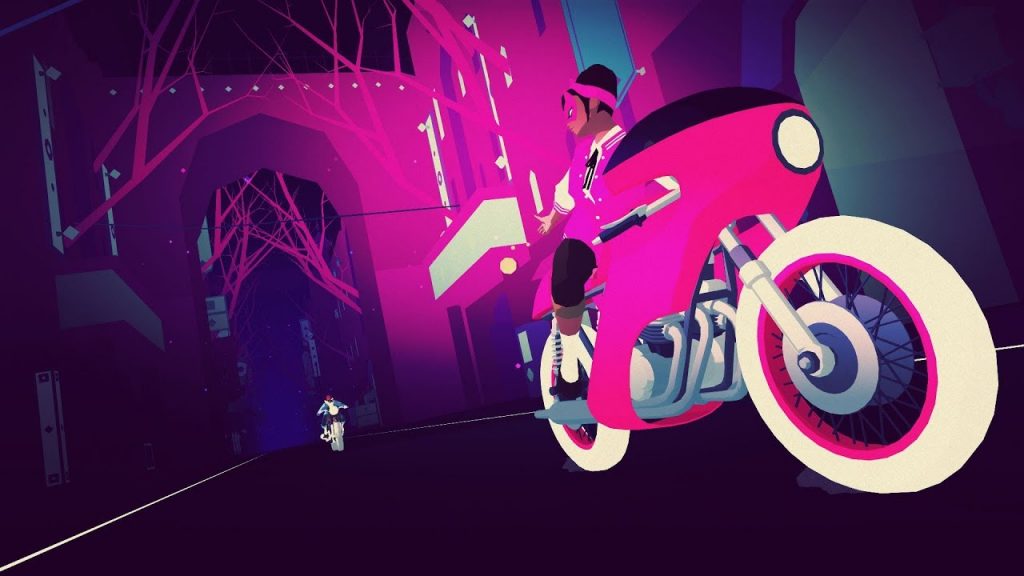 Simogo‘s Nintendo Switch outing Sayonara Wild Hearts looks set to make the jump to PlayStation 4 and PC, according to a rating posted by the ESRB today. While not an official announcement, the ratings body has outed countless titles ahead of their reveal, so it’s probably safe to assume we’ll hear about a PS4 release in the very near future.

Sayonara Wild Hearts was originally announced for the Nintendo Switch at The Game Awards 2018, and will be published by Annapura interactive.

A quick visit to Simogo’s official website reveals a boatload of more details on the game. For starters, there’s a custom-written pop soundtrack to look forward to, no loading times, and a silky-smooth gameplay experience thanks to 1080p/60fps when the Switch is docked, which presumably translates to the same performance on the PS4.

Sayonara Wild Hearts is a euphoric music video dream about being awesome, riding motorcycles, skateboarding, dance battling,shooting lasers, wielding swords, and breaking hearts at 200 mph. As the heart of a young woman breaks, the balance of the universe is disturbed.

Sayonara Wild Hearts has yet to be officially confirmed for the PS4, but we’ll keep you updated as soon as we hear anything. The game is looking pretty unique if nothing else, so it’s definitely worth keeping an eye on.